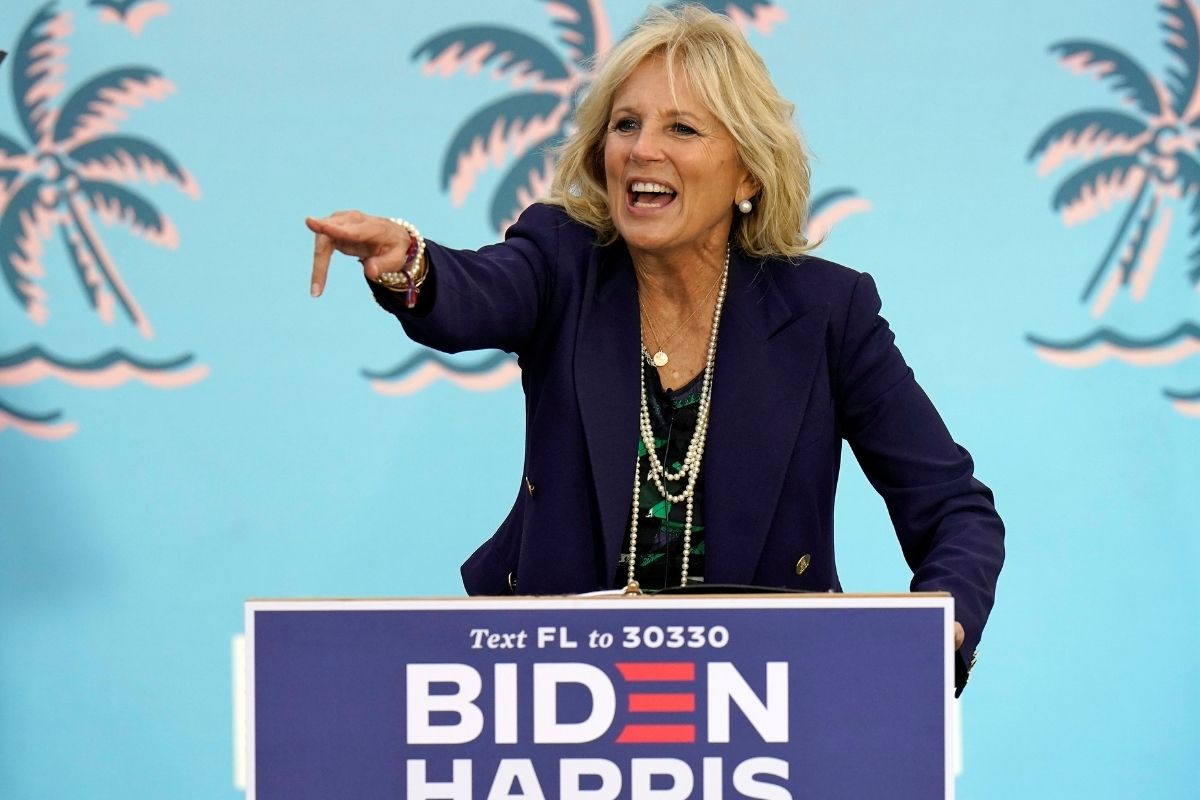 Dr. Jill Biden has received overwhelming support on social media after a Wall Street Journal op-ed was called sexist by many readers for urging the incoming first lady to drop the ?Dr.? before her name. The op-ed, which was written by Joseph Epstein, was published on Friday referring to the former second lady as ?Madame First Lady?Mrs. Biden?Jill?kiddo,” before sharing what he thought about her title. Biden currently holds a bachelor’s and doctoral degrees from the University of Delaware, and a master’s degree from West Chester University and Villanova University.

Epstein wrote, “Any chance you might drop the ‘Dr.’ before your name?. ‘Dr. Jill Biden’ sounds and feels fraudulent, not to say a touch comic. Your degree is, I believe, an Ed.D., a doctor of education, earned at the University of Delaware through a dissertation with the unpromising title ‘Student Retention at the Community College Level: Meeting Students? Needs.’ A wise man once said that no one should call himself ‘Dr.’ unless he has delivered a child,” Epstein added. “Think about it, Dr. Jill, and forthwith drop the doc.”

Dr. Biden earned her degrees through hard work and pure grit. She is an inspiration to me, to her students, and to Americans across this country. This story would never have been written about a man. pic.twitter.com/mverJiOsxC

As expected, the article did receive significant backlash with several public figures calling out WSJ and Epstein’s rude kiddo comments coming to the defense of educator Dr. Biden. Vice president Kamala Harris’ husband Doug Emhoff tweeted about the incident, noting, “Dr. Biden earned her degrees through hard work and pure grit. She is an inspiration to me, to her students, and to Americans across this country. This story would never have been written about a man.”

Rev. Dr. Bernice King, who is the daughter of late Martin Luther King Jr., also came to the defense, tweeting, ?Dear @DrBiden: My father was a non-medical doctor. And his work benefited humanity greatly. Yours does, too. Both non-medical doctors whose work benefits humanity does not = a comparison of experiences, contributions, leadership and influence. Please don?t contrive reasons to be frustrated. There are enough legitimate reasons.”

Dear @DrBiden: My father was a non-medical doctor. And his work benefited humanity greatly. Yours does, too. pic.twitter.com/LD8eBt6ew2

Not surprisingly enough, Hillary Clinton also had two cents to add, telling her Twitter users, ?Her name is Dr. Jill Biden. Get used to it.? What is the backlash? longtime Wall Street Journal opinion editor Paul Gigot defended the WSJopinion article, despite NBC’s today and the New York Times scolding the peace. CNN liberal in house media pundit Brian Stelter also chimed in called the op-ed ?sexist.? The WSJ?s opinion editor defended the piece, noting that several President-elect Joe Biden staffers and allies took to Twitter to label the piece ?repugnant and sexist,? demanding an apology.

Gigot wrote, ?Why go to such lengths to highlight a single op-ed on a relatively minor issue? My guess is that the Biden team concluded it was a chance to use the big gun of identity politics to send a message to critics as it prepares to take power. There?s nothing like playing the race or gender card to stifle criticism. It?s the left?s version of Donald Trump?s ?enemy of the people? tweets.?

Despite Gigot?s words, Dr. Jill Biden continued to receive support from the public, calling out “Mr. Epstein’s misogynistic Views. Former first lady Michelle Obama showed her support for soon to be first lady Jill Biden on Instagram, “She will be a terrific role model not just for young girls but for all of us, wearing her accomplishments with grace, good humor, and yes, pride. I?m thrilled that the world will see what I have come to know?a brilliant woman who has distinguished herself in her profession and with the life she lives every day, always seeking to lift others up, rather than tearing them.”