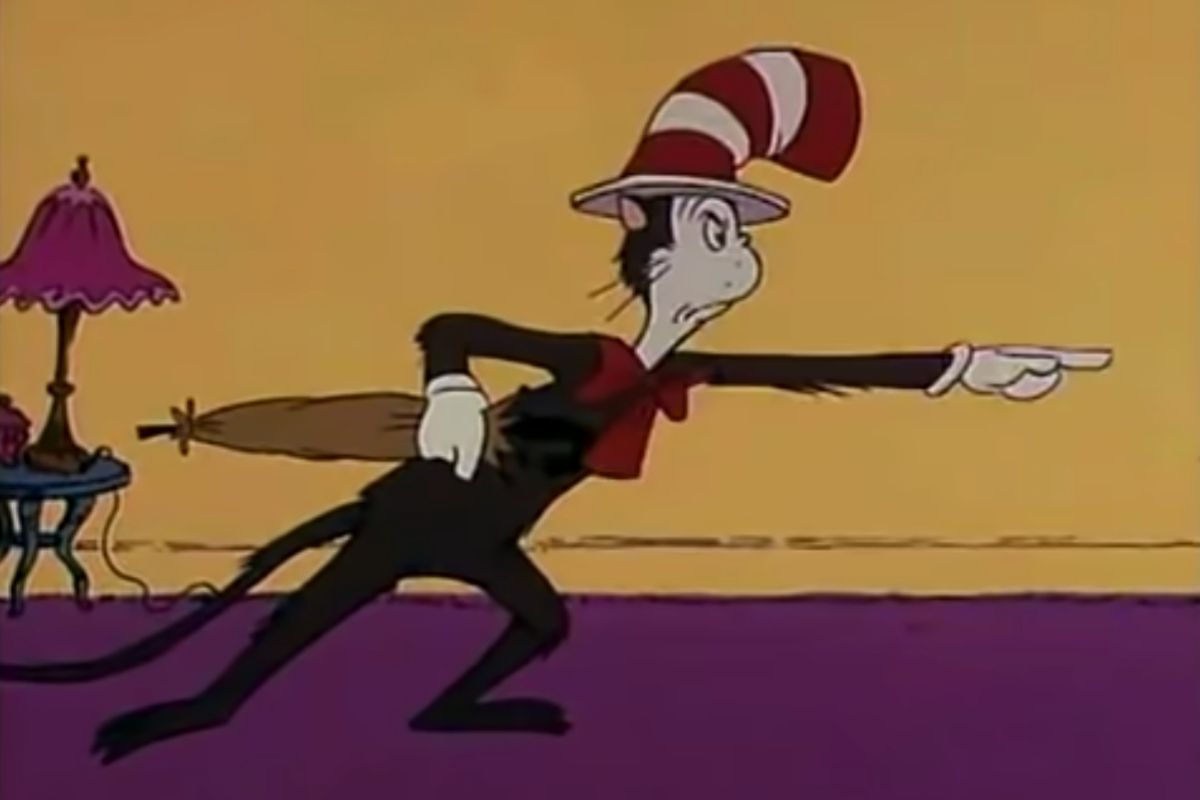 Today — Dr. Seuss’ birthday and Read Across America Day — Dr. Seuss Enterprises announced that six Dr. Seuss titles would cease publication: And to Think That I Saw It on Mulberry Street, If I Ran the Zoo, McElligot’s Pool, On Beyond Zebra!, Scrambled Eggs Super!, and The Cat’s Quizzer. The decision is due to imagery that’s been dubbed “hurtful and wrong.”

Over the past few years, Dr. Seuss has been widely criticized more and more for the “racial undertones” that have been drawn in his books. Dr. Seuss books have been an iconic staple in children’s literature, but a national educators organization is determined in “cancelling” the author in the name of change.

Learning for Justice, a left-wing educators group, has been fighting for the famous cartoonist to not be highly recognized and acclaimed as he normally has throughout history. They claim that Theodor Seuss Geisel’s children’s books have “racial undertones,” and that schools should avoid Read Across America Day with Dr. Seuss, a national holiday on March 2 honoring Dr. Seuss’ birthday. The group under the Southern Poverty Law Center promotes radical teaching views, believing that racial and social justice should be taught to students as young as five-years-old.

Learning for Justice cited a study from St. Catherine University in a magazine article called, “It’s Time to Talk About Dr. Seuss,” that claimed that, “Dr. Seuss’s children’s literature is rife with ‘orientalism, anti-blackness, and white supremacy,'” referring to 50 Dr. Seuss books. The researchers concluded that there was simply not enough diversity, especially since many of the books were written in the 50s. They said, “Of the 2,240 (identified) human characters, there are 45 of color representing two percent of the total number of human characters,” and of the 45 characters of color, 43 “exhibited behaviors and appearances that align with harmful and stereotypical Orientalist tropes.”

Talk of banning Dr. Seuss books in Loudon County, Virginia brought new attention to allegedly racist aspects of the deceased cartoonist’s work. Gearing up to Read Across America Day, Loudoun County Public Schools announced a plan to diversify reading material and de-emphasize Dr. Seuss books following the study which identified “strong racial undertones” in the work. Contrary to reports, the board released an official statement denying that Dr. Seuss books were ever going to be “banned.” But those rumors had already incited a national discourse over the fate of Dr. Seuss’ legacy.

A nationwide celebration of Dr. Seuss takes place annually, on Read Across America Day. The special day was started by the National Educational Association in 1998 to promote children’s literature; the date of March 2 was chosen specifically to honor with the birthday of Theodor Seuss Geisel, who died in 1991. Often the day is observed at schools by reading classics like The Cat in the Hat or Green Eggs and Ham, with young kids donning stripey, floppy top hats. (I definitely remember celebrating this way when I was in kindergarten.) And while this year’s Read Across America Day was bound to feel different, with remote schooling due to the Coronavirus pandemic, the growing controversy surrounding Dr. Seuss seems to have overshadowed the meaning of the day.

Unlike his predecessors, President Joe Biden did not acknowledge Dr. Seuss in his official statement for today’s Reading Across America Day. And now Dr. Seuss Enterprises has announced the official cancellation of six Dr. Seuss books containing offensive portrayals of people of color. The Associated Press reports that in And to Think That I Saw It on Mulberry Street, an Asian person is pictured “wearing a conical hat, holding chopsticks, and eating from a bowl.” The accompanying text reads: “a Chinese man who eats with sticks.” If I Ran the Zoo portrays “two bare-footed African men wearing what appear to be grass skirts with their hair tied above their heads.”

Some experts have said that the “racist” portions of Dr. Seuss’ work were done while he was still a cartoonist — before writing beloved books like Horton Hears a Who, The Cat in the Hat, The Lorax, Green Eggs and Ham, and Oh, the Places You’ll Go! But Learning for Justice claims that anyone who defends Dr. Seuss is a “racial apologist” making excuses for why “bigotry doesn’t matter.”

They believe that teachers should directly discuss Dr. Seuss’ racist past with not only young children but also older students. Since older students were exposed to his books as young readers, they asked teachers to explain racism, how to spot it, and when they could expect it. They said, “You can address these arguments directly, discussing the degree to which cultural norms excuse biased language or actions, how harmful stereotypical representation can be, and whether — and how — a person can make up for hurtful mistakes.”

I’m not going to lie, hearing about this tears me apart inside. I grew up loving books such as One Fish Two Fish Red Fish Blue Fish, How the Grinch Stole Christmas, and The Cat in the Hat Comes Back. But when it comes to civil rights and standing up for people of color, there’s plenty of re-evaluating that still needs to be done, especially since our society has evolved from histtoric racism and discrimination. How do you feel about “canceling” Dr. Seuss?

Editor’s Note: This article was originally published on February 26, 2021.