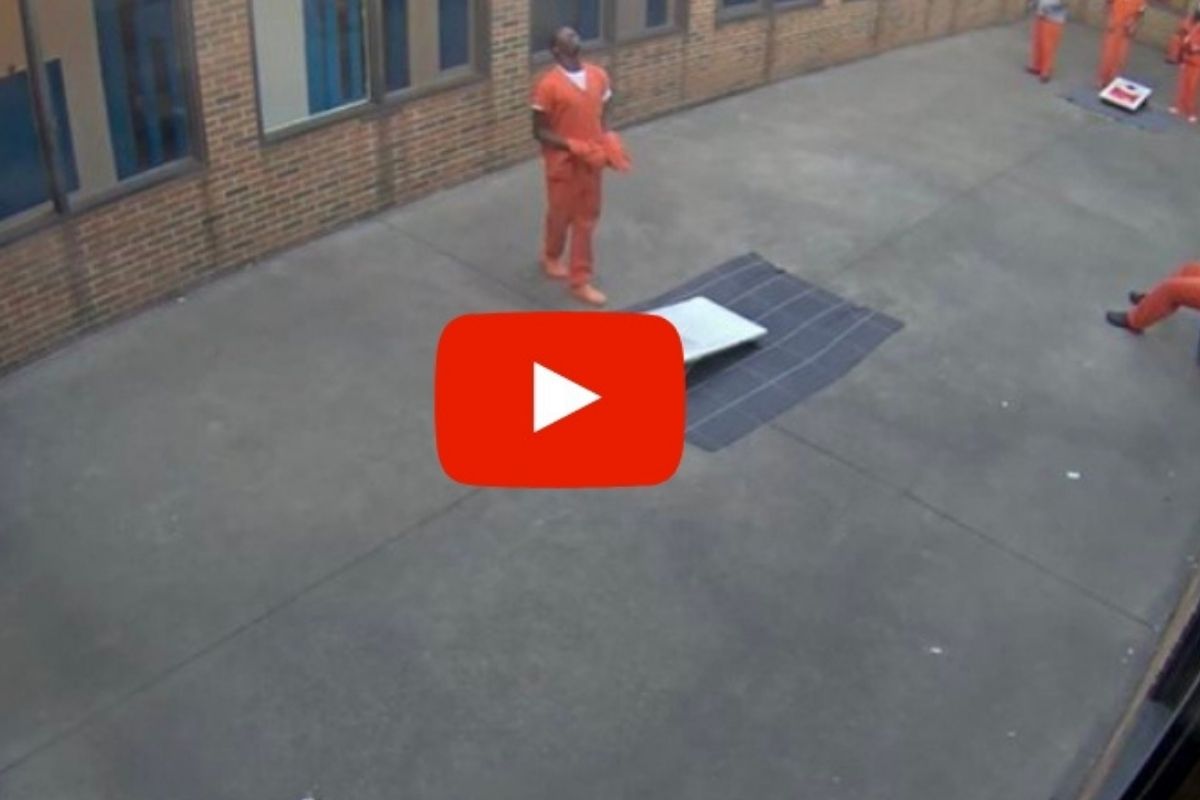 Cuyahoga County officials have released surveillance video showing a drone dropping off a special delivery from above to an inmate at a jail in Euclid. Footage shows eight inmates in the outdoor exercise yard, and one inmate walking forward while looking up to the sky. He then begins to follow something that if not seen by the camera and an item falls from the sky.

According to Cuyahoga County Jail officials, the small black package contained a cell phone and tobacco. The inmate quickly covers the package with an orange jail shirt on top to hide it and walks off as the other inmates look nonchalantly.

Prosecutors are reviewing the case, but there have been no additional charges filed against the Ohio inmate. As far as the person operating the drone, they have yet to be identified. According to the Cuyahoga County Sheriff’s office, this is the second time in two days that authorities have launched an investigation into possible drug smuggling into the facility.

I don’t know about you, but this certainly makes me question their security system because this is insane. How did the security officers not catch a literal drone flying on top of a jail, let alone something dropping from the sky? It makes you wonder what actually occurs during conjugal visits. If someone can easily smug in a cell phone through jail by flying an object above it, what makes you think they won’t smuggle weapons or drugs?

Seems to me like the jail has some explaining to do, that’s for sure.

Editors Note: This article was originally published on September 25, 2019.