Sometimes on the Fourth of July, sparklers are secondary when it comes to sizzle. Sometimes, it’s the magician behind those sparklers that make everything come together.

Look no further than the TikTok of a man celebrating the Fourth the best way he knew how — while inebriated. He danced, he twirled sparklers, he found a lady friend, and he just generally made it so you can’t look away.

He also started a fire. Not on purpose, either. And had the cheering crowd not yelled “fire!” he may still be burning today.

But this was no ordinary allegedly drunken man. He just kept right on smiling, gyrating even, as he used one arm to extinguish the flames.

Fireproof superpowers? Oh, yes. You know it. You saw it. He used an arm to wave away the flames, and that was all it took o get back to dancing.

In the end, the sparklers were gone. The moves, though? They never went away. 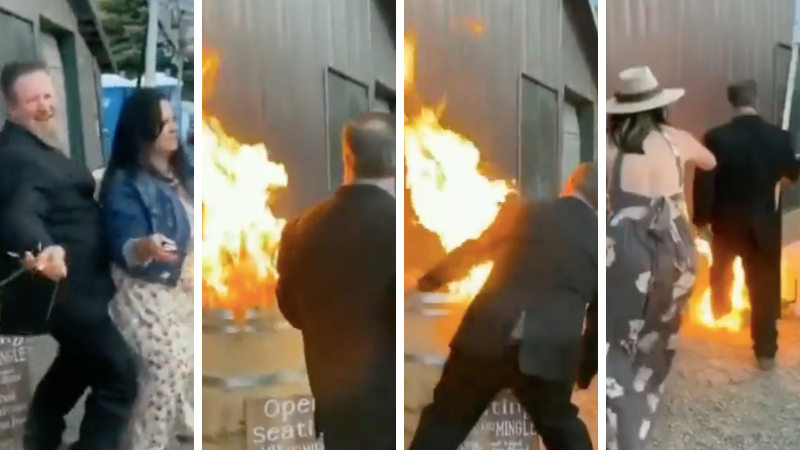