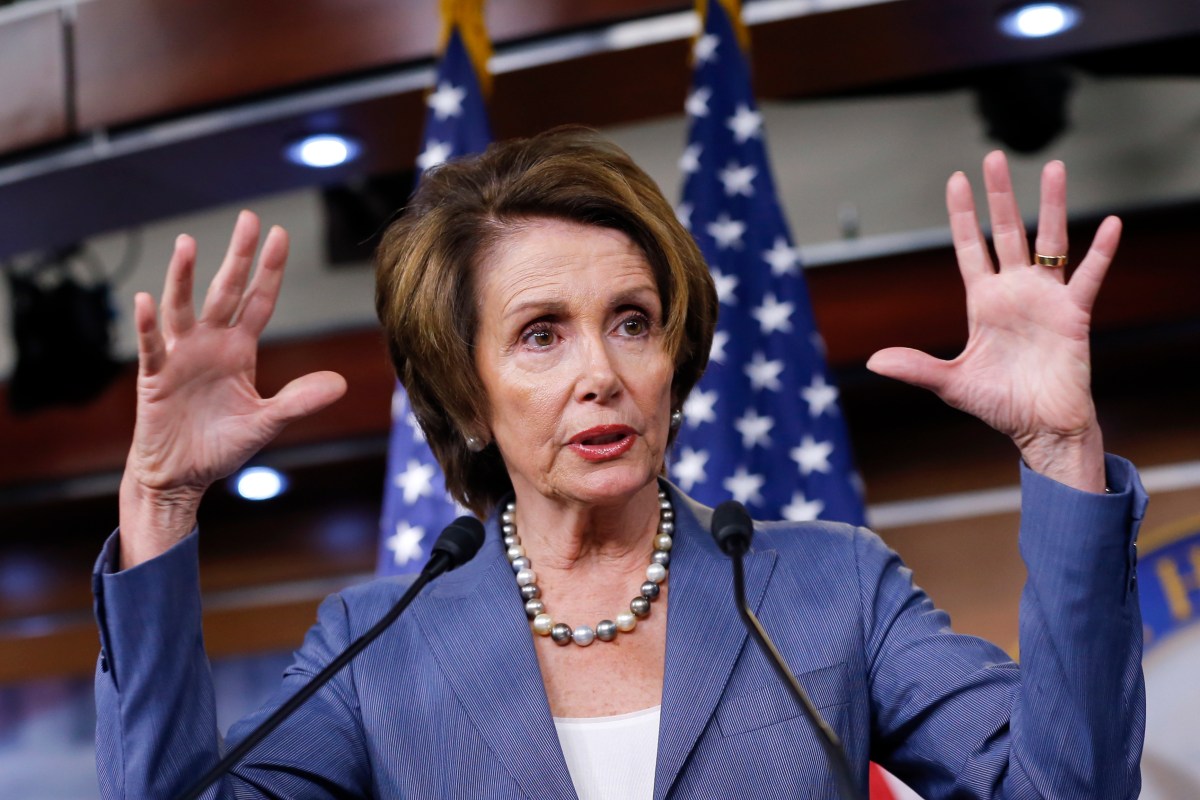 House Minority Leader Nancy Pelosi isn’t holding back when it comes to her opinion of a certain member of President Trump’s inner circle.

During a press conference on Thursday, Pelosi called top Trump adviser Steve Bannon a white supremacist — twice. She was expressing her concern that Bannon had been invited to join the National Security Council. Bannon’s position on the council is one usually held by generals, and according to the New York Times, it essentially puts him at the same level as Michael T. Flynn, the national security adviser.

During her statement, Pelosi said, “What’s making America less safe is to have a white supremacist named to the National Security Council as a permanent member, while the chairman of the Joint Chiefs and the director of national intelligence are told, ‘Don’t call us we’ll call you. You’re no longer permanent members, we’ll call you when we need—’ whatever judgement they make about when they want them to come back.”

She added, “This is a stunning thing that a white supremacist, Bannon, would be a permanent member of the National Security Council.”