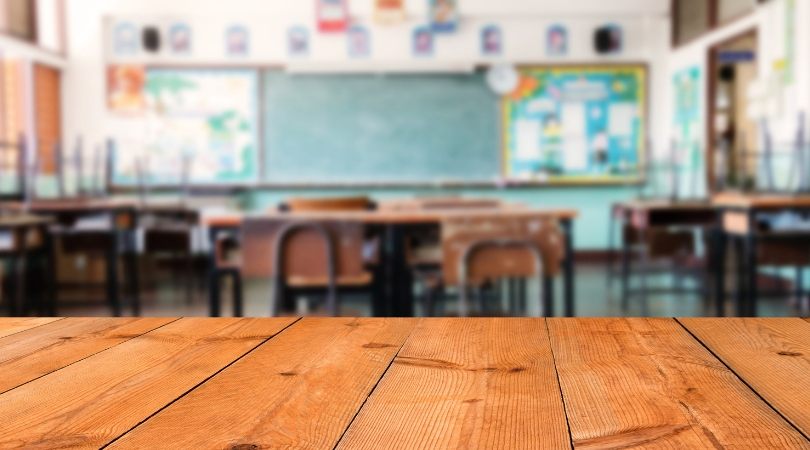 It looks like fifth-grade teacher, Rebecca Antinozzi is in quite a pickle after The Chapel School Education is facing intense criticism for allegedly holding a mock slave auction in class. The teacher in Bronxville conducted the auction that involved using black students in “imaginary chains” while white students were asked to bid on them.

Vernex Harding, the mother of one of the black students, says she was shocked and couldn’t believe what her son had told her when he arrived home after school. According to Hardin, the white social studies teacher took her son along with two other girls into the hallway and started to put imaginary chains on their necks, wrists, and shackles on their ankles.

The black students were then brought back into the classroom, where white children were pushed to bid on them, while Antinozzi acted as the auctioneer. The teacher began by yelling out, “$100, $200…you’re a wealthy white man, $300!” Yikes!

This teacher really had her black 5th-grade students play the part of slaves in imaginary shackles and had her white students bid on them in a mock slave auction! You have to be kidding me. Rebecca Antinozzi works at Chapel School in Bronxville, New York. #BlackTwitter #News pic.twitter.com/qAYzlJkDVl

The Chapel School, which has annual tuition up to $14,000 for grades Pre-K through 8th, has been accused of “racist incidents” in the past that involved both black and white children who went home feeling “very uncomfortable” by the incidents. New York Attorney General Letitia James says the reports of racist lessons by the teacher are deeply troubling, and her legal team was monitoring the matter closely.

The office has contacted parents and teachers at the school, to take any complaints they might have against the teacher. Antinozzi’s lawyer, Jordan Brooks, released a statement saying the complaints received to the school were inaccurate.

?The portrayal of the history lesson that has been reported is inaccurate, out of context, contains false facts and ignores the overwhelming support of Ms. Antinozzi from dozens of parents at the school, including several letters of support from African-American parents with children who have been taught by Ms. Antinozzi. Ms. Antinozzi loves her students and is beloved by them. To the extent anyone took offense to a small portion of the overall lesson that day that was used solely to emphasize the tragic injustice of slavery, it certainly was never intended,?

As for school officials, they have not released any comments, but the principle called the lesson “racially insensitive and hurtful” in an email sent to parents. The 5th-grade teacher has been removed from the classroom. Taking her side, some parents have come to the defense saying these allegations do not represent who she is, and she is very much loved by all the students in her classrooms.

I mean, yeah sure she could be a great teacher an all, but she should know what and what not to do when it comes to teaching a big important moment in history. She might have to adjust her lesson plan quite a bit. I wonder what she’ll do for the Great Depression.