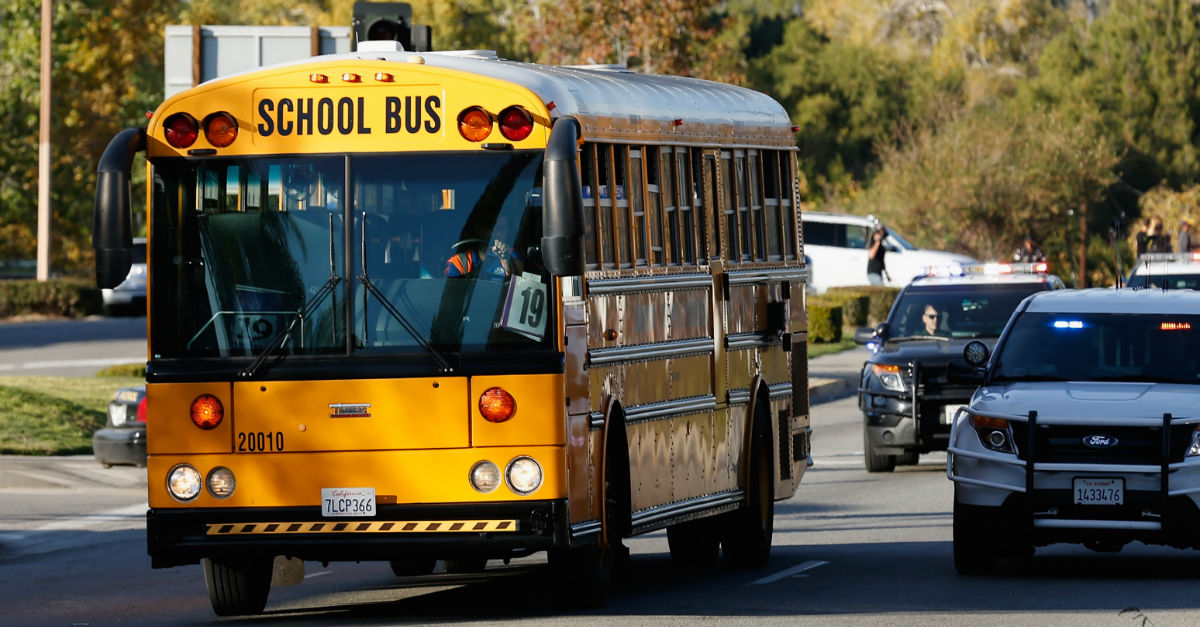 (Photo by Sean M. Haffey/Getty Images)
SAN BERNARDINO, CA - DECEMBER 02: A school bus is escorted by law enforcement from the vicinity of the shooting at the Inland Regional Center on December 2, 2015 in San Bernardino, California. Police continue to search for suspects in the shooting that left at least 14 people dead and another 17 injured. (Photo by Sean M. Haffey/Getty Images)

The Cherry Creek School District in Colorado is currently investigating reports that an 8th-grade student’s mouth was taped shut during a science class. According to the Denver Post, the incident occurred last Wednesday, and district spokeswoman Tustin Amole has said that the teacher who was present in the classroom has been placed on administrative leave until the ongoing investigation is complete.

RELATED: North Carolina teenagers are on the hook after “Catfishing” a high school teacher

Officials told KDVR that though the incident allegedly occurred on April 26, they did not learn about the allegations until May 1. Amole said that there may be video recording of the incident and that “as soon as [the district] learned of the allegations, [they] notified the Greenwood Village Police Department.”

The district made it clear that the teacher involved has not been disciplined or suspended. Amole noted that there are differing accounts of what actually happened. Some reports suggest a fellow student taped his/her classmate’s mouth shut.

RELATED: Two teachers have been arrested in the same week for the same crimes–with the same student!

In a statement, the district declared, “The incident is deeply troubling and does not reflect the values of the Cherry Creek School District […] we are committed to ensuring that our schools provide a safe and caring environment for all students.”