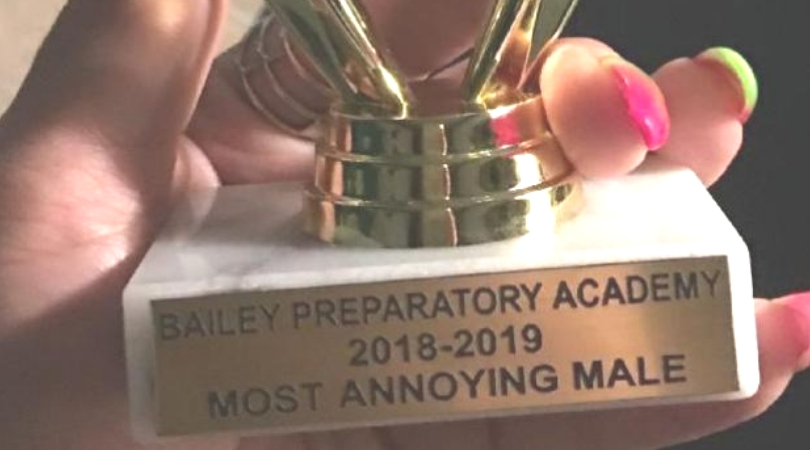 An Indiana father was devastated after his son, who has autism, was given a trophy for “Most Annoying Male” at a school luncheon from his teacher. Rick Castejon said his 11-year-old son, who attends Bailly Preparatory Academy as a fifth grader, received the award during a ceremony which students, parents, teachers, and the school principal attended.

School officials allegedly met with the family and issued a full apology, but Castejon said he was “blindsided” by the incident after speaking with his wife. To say both parents were upset at the situation, was an understatement.

An Indiana family is upset after their son, who is autistic, was given a "Most Annoying" award at school. Read more:https://t.co/UPqFLXef3K pic.twitter.com/b2hBjxsZ1O

The father recalled the ceremony, saying that as soon as they called his son up on stage, the other parents fell silent as his son grabbed the trophy. Not wanting to cause any disturbance, Castejon remained silent seeing how excited his son was that he had gotten a trophy. After the incident, when his son’s teacher spoke to him, the father said she tried to play the incident off as a joke.

The teacher allegedly told the 11-year-old not to forget the award after the luncheon was over, which is when Castejon met with school staff to discuss his concerns. Gary Community School Corp. Emergency manager Peter Morikis responded to the incident, stating,”The Gary Community School Corporation does not condone this type of behavior and will continue to put the safety and well-being of our students first. We extend our deepest apologies to the impacted student, the family and anyone else who take offense to this unfortunate occurrence.”

Morikis later confirmed that disciplinary actions were being taken again the personnel involved. According to Castejon, Morikis told him that the teacher could be suspended for two weeks, possibly fired.

The 11-year-old is nonverbal, and can easily become emotional, rocking back and forward to calm down. Teachers would routinely talk to the boy about his behavior, calling the parents for help. The believes this is why the child might have received the award. The family was so upset at the incident, that the fifth grader did not attend his graduation, and the family is planning on moving to a nearby town so his son can attend a different school next year.