Betsy DeVos gave a commencement speech, and the crowd’s reaction was anything but respectful 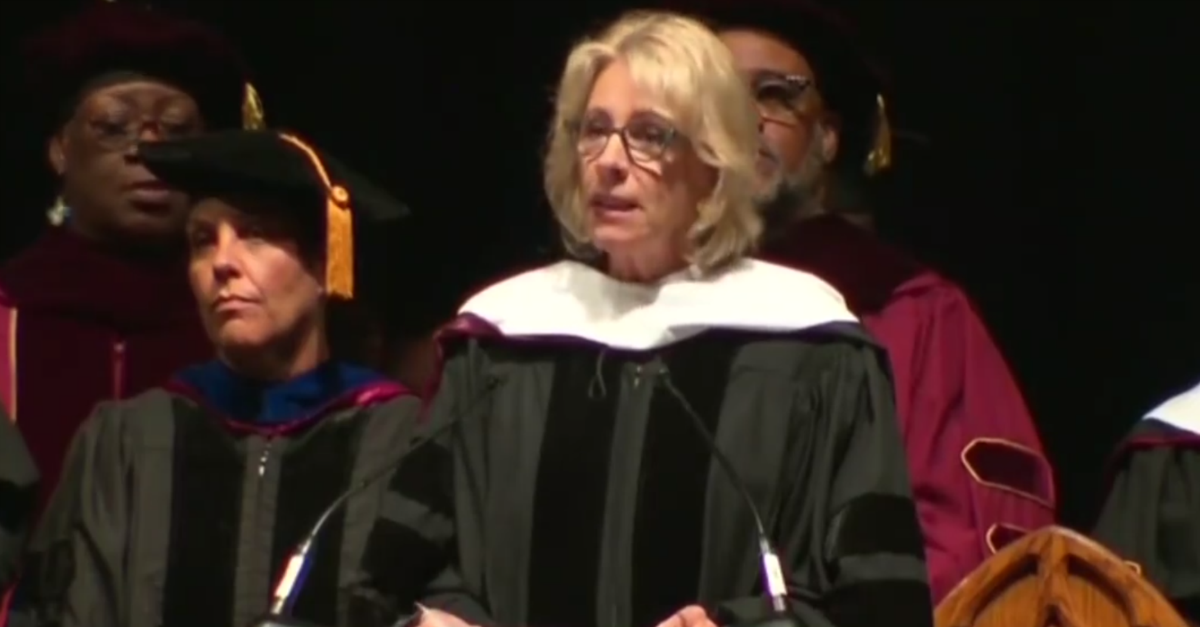 When Secretary of Education Betsy DeVos spoke at Bethune-Cookman University in Daytona Beach on Wednesday, there weren’t many happy faces. During the commencement speech at the historically black university, DeVos was showered with boos. After receiving an honorary doctorate, DeVos began her speech and had to raise her voice to be heard over the roaring boos from the crowd.

Students stood and turned their backs to DeVos, an action that Politico reported drew applause from the crowd of friends and relatives. The university’s president, Edison Jackson, took the microphone and declared, “If you continue this behavior, your degrees will be mailed to you.”

A large number of grads have their backs to DeVos now as she speaks. It's a little hard to hear her words. pic.twitter.com/yVXsqLVJQv

When DeVos said that she plans to visit the home and grave-site of Mary McLeod Bethune, a prominent educator and civil rights leader, her words were completely drowned out by boos. The secretary attempted to find common ground, saying, “I am at the table fighting on your behalf.” The crowd also booed Omarosa Manigault, a White House communications official who was present at the ceremony.

The campus atmosphere had particularly tense for a number of weeks. Petitions, receiving tens of thousands of signatures, were circulating that demanded that DeVos’ invitation be revoked. DeVos has been a champion of school choice and private schools, and many proponents of public education opposed her confirmation. In fact, the wealthy Republican donor was only confirmed to her post with Vice President Pence’s tie-breaking vote.