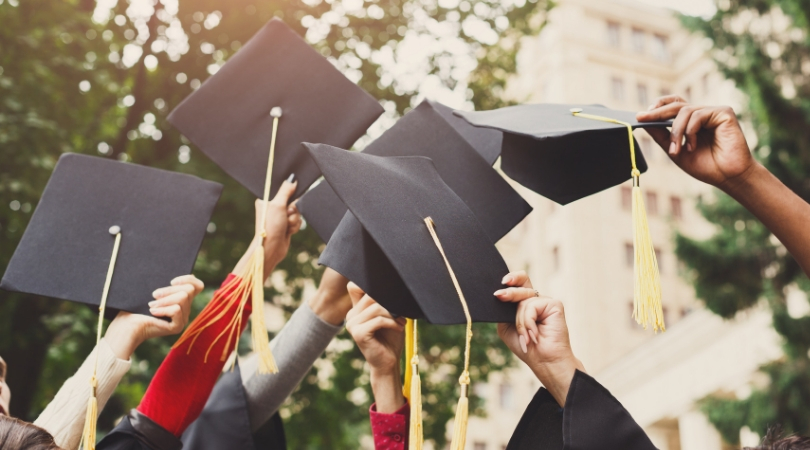 A high school in Ohio has decided to eliminate its salutatorian and valedictorian honors. Officials at Mason High School, located in Cincinnati, announced they have decided to get rid of the honors, believing this will help with students mental health. The changes are said to curb the competitive culture but noted that students will still be recognized for their academic successes in other ways.

hi Barstool! Mason high school is the largest suburban high school in the state of Ohio and one of the most competitive. MHS stopped naming a val to reduce rising student suicide rates in a school where a 4.2 GPA is mediocre. This tweet is trash and u should take it down, ty 😊 https://t.co/XScZQZehjY

Through a statement, the school said this decision will help reduce the overall competitive culture at the school, allowing students to focus on exploring “learning opportunities that are of the most interest to them.” After discussion with colleges and universities, Mason High School officials said they learned that those higher education entities place more weight on student’s grades in rigorous courses, rather than class ranking.

The statement reads, “The recognition system will reward our students for genuine academic success based on their academic accomplishments. This will help reduce the overall competitive culture at MHS to allow students to focus on exploring learning opportunities that are of interest to them.”

some of my friends have had their mental health totally destroyed and have been on the verge of suicide because of mhs' absurd academic ecosystem. this is a step in the right direction. anyone who disgrees has obviously never had to deal with this type of pressure. https://t.co/PXFni0XM72

This isn’t the only change MHS is making. The school along with Mason Middle School will start classes 30 minutes later next year. Staff said they are also considering reducing the amount of homework after school and during summer and will transition to a GPA scale with a 5.0 maximum.

Putting my two cents in, at first I didn’t really think this was fair to students. Especially those looking forward to their graduation ceremonies. I understand that there is stress when it comes to GPA’s and Valedictorian’s, but this is ultimately what motivates high school students to get good grades and maintain their position “in line.” But, I guess I can see where they are coming from. High school can be incredibly stressful for some, so if cutting the honors will help reduce that stress and get rid of those uneasy thoughts, then sure.

I’m all for it, cancel them all!