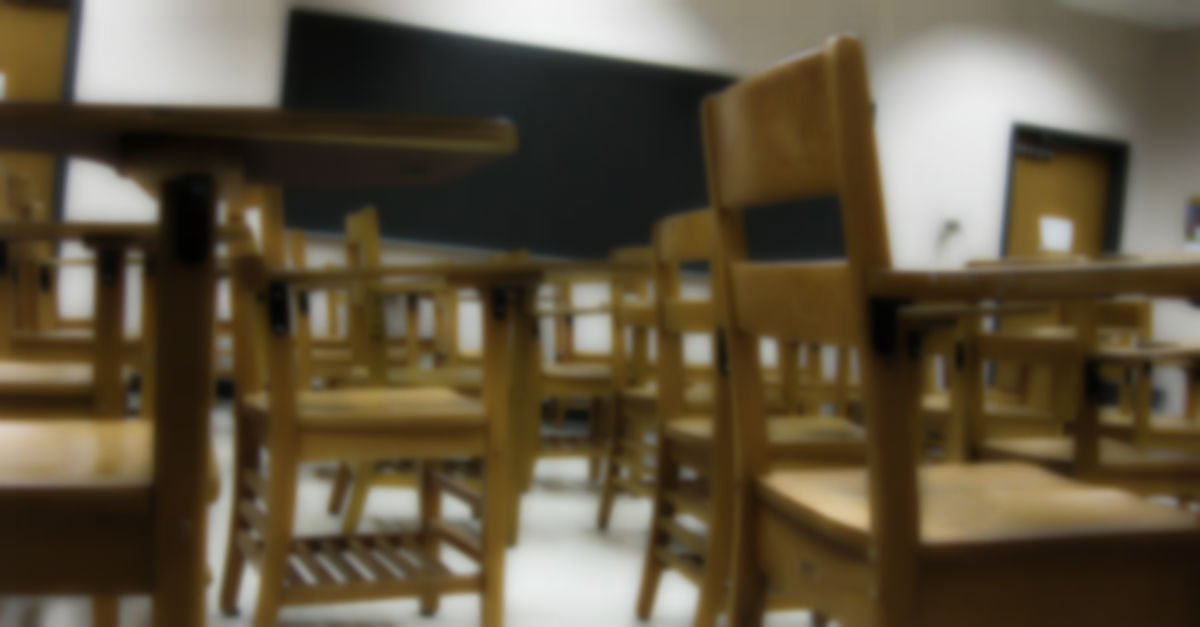 A Wyoming teacher says she is not responsible for a multiple choice test that included the answer “he was shooting at Trump.”

Carin Aufderheide is an English teacher at Jackson Hole High School and, in a statement, said that though she reviewed the test, she did not write it. The test was on “Animal Farm,” a George Orwell novel that follows a crew of farm animals through a farm uprising — the text is an allegory for the Russian Revolution in 1917. The question reads “Napoleon has the gun fired for a new occasion, what’s the occasion?”

RELATED: A teacher did an NFL-style protest during the Pledge of Allegiance and some are not happy

In a statement to the Jackson Hole News and Guide, Aufderheide wrote:

My family and I cherish this community and I want to explain what happened to hopefully resolve any lingering concerns about the incident. I am normally very careful to assess the material I provide to my students to make sure it is accurate and appropriate. While I did not write the quiz questions and answers, it was my responsibility to proofread it; had I done so I can assure you I would not have distributed the quiz without first changing the offensive answer.

The test was administered in Aufderheide’s sophomore English class and the school says that they have launched an investigation. Citing the ongoing investigation, the district said that they are not at liberty to discuss who might have authored the quiz. The district also will not confirm whether any disciplinary action has been taken.

It’s not uncommon for teachers to share quizzes, tests and lesson plans with each other. There are several websites where educators can buy, sell and swap quizzes; thus it’s possible that somebody else wrote the quiz.