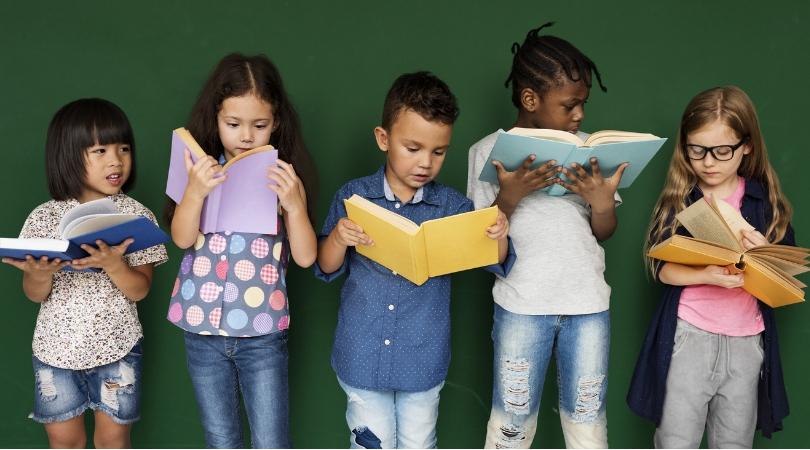 When I was in kindergarten, I remember sitting down at my desk, trying to memorize how to spell the word ‘Orange.’ It seemed so difficult for me, one because Spanish was my first language and I still didn’t really know how to speak English, let alone write it. Two, because I had yet to actually understand what the word meant.

It was like that for a good year, until I finally understood that the word orange was both a color and a fruit and memorized how to spell it without mistakes. You see, when you’re in kindergarten, you’re 5. You’re learning how to spell things like ‘orange,’ ‘house,’ and ‘pony.’ The last thing on your mind is sex. But apparently, that’s exactly what the Texas State Board of Education wants to teach your 5-year-old.

Yes, the Texas State Board of Education is actually considering new policies that would allow Texas School Districts to teach sex education to a kindergartener. Which seems so absurd to me since you know, you don’t even know what sex is until probably the age of 12. Texas Educator Commissioner Mike Morath made “recommendations” in his healthcare review, Essential Knowledge and Skills, that include lessons both in “healthy relationships and reproduction.” Now, I cannot be the only one cringing at this, right?

Apparently, Morath’s education program doesn’t offer specifics on how the lessons would be taught, rather state that they would be “age-appropriate” and will include how to form healthy relationships, anatomy, personal safety, and reproductions. Agreeing with Morath, President of the Texas Freedom Network Kathy Miller believes, “it is about time that Texas comes into the 21 st century.” This after Texas is one of the 37 states that require abstinence to be taught at school during health education classes.

27 states also require that abstinence be stressed in public schools and 10 require that it only be covered. Miller states, ?We devote more attention to abstinence from sexual activity than to any other behavior. If we teach abstinence-only sex education, we’re ignoring the nearly 60 percent of students who say that they are sexually active before they graduate from high school. We’re ignoring LGBTQ students because our abstinence-only sex education does not deal with sexual orientation or gender identity.”

“In no way do they need to learn that from teachers," a parent said. "That is not a teacher’s responsibility. That is a parent’s.”

What do you think? Is kindergarten too early to learn about sex education? https://t.co/hbE5iph4ck

If approved, Morath’s report could bring the first change to health standards in Texas since 1998. The review reads that “an understanding of a sense of self” will be introduced as a child enters kindergarten. Then, by the end of middle school, teenagers should fully understand “sexual risk avoidance” as their main goal, and learn sexual risk reduction methods that they will need later on in their lives. The State Board of Education is planning a final vote on their new health standard in September 2020. If passed, they would go into effect for the 2022 school year.

Honestly, I don’t’ think a 5-year-old should be learning this. I think if parents want to teach their children this young about sex education or about sexuality, then so be it. That’s their choice to do so, and I’m all for it because it’s their child. But, I don’t think a school should be teaching a kindergartener about teen birth rates, sexually transmitted diseases, or teen pregnancy. I get that we want to protect our kids and help them understate the dangers of unprotected sexual intercourse, but for them to learn it at such a young age? I don’t think this is right. Can you imagine a child talking to her friends about how a penis and a vagina go together like a Ying and Yang?

Nah. Let children be children, for once.