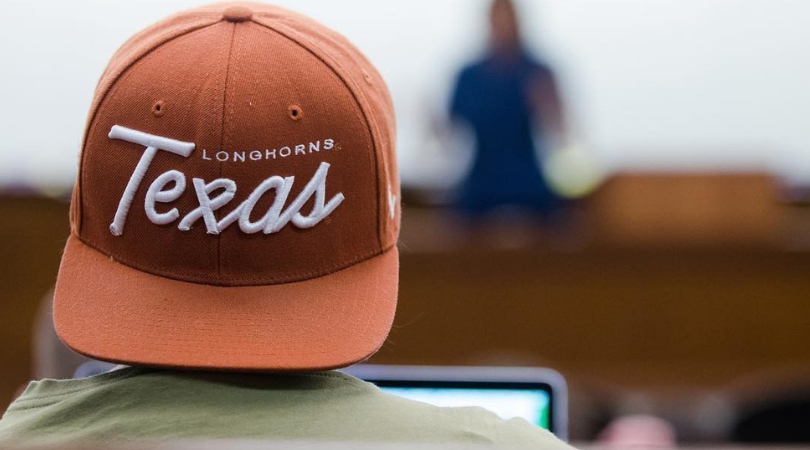 It looks like Austin, Texas might be getting a bit more crowded. Matthew McConaughey is surely somewhere smiling and nodding after hearing about this. Turns out the University of Texas at Austin announced they will be offering free tuition next semester to in-state students whose families make less than $65,000 a year! Alright, alright, alright, indeed.

The school’s System Board of Regents voted unanimously to use $160 million from the State’s Permanent University Fund on paying the way for students with low and middle-income and need financial assistance. The Board of Regents Chairman Kevin Eltife released a statement, saying, “Recognizing both the need for improved access to higher education and the high value of a UT Austin degree, we are dedicating a distribution from the Permanent University Fund to establish an endowment that will directly benefit students and make their degrees more affordable. This will benefit students of our great state for years to come.”

You made it, #UTGrad19! 🤘 Congratulations!

The decision behind the endowment comes as the idea of “free college education” continues to gain legitimacy in the public eye. Several 2020 Democratic presidential candidates, including Elizabeth Warren and Bernie Sanders, have openly pushed for both student debt forgiveness and free public college as part of their platforms.

Several UT-Austin officials expect the $160 million endowments to cover tuition and fees for at least 8,600 students, which in total is 24 percent of the underrated student body. The new endowment will also provide some assured tuition support to students from families with incomes of up to $125,000 who have financial needs.

Looking good, @utaustin2021 🤘 In a few years, you’ll be off to change the world! #WhatStartsHere #UT21

Some of the funding comes from oil and gas royalties that were earned on state-owned land in West Texas. However, it is important to note that the new tuition program will not cover additional living expenses, which are estimated to be $17,000 for the 2019-2020 academic year. Tuition and fees alone were stationed to be $10,314 for Texas residents. According to the U.S. Census Bureau, in 2017, the median household income in the Lone Star State was $59,206.

So is this a good thing? Of course, student loans are the worst, we all know that. Sometimes even financial aid programs don’t cover the whole cost of a students degree. So if this money will help low-income students make a future for themselves without making a hole in their bank account, then yes, give them all an incentive to continue their education without the fear of going in debt. The best thing any university can do is prioritize their students and help invent in the future of their state.