Eighteen years after being abducted as a newborn, this now-adult woman has amazingly been found by police 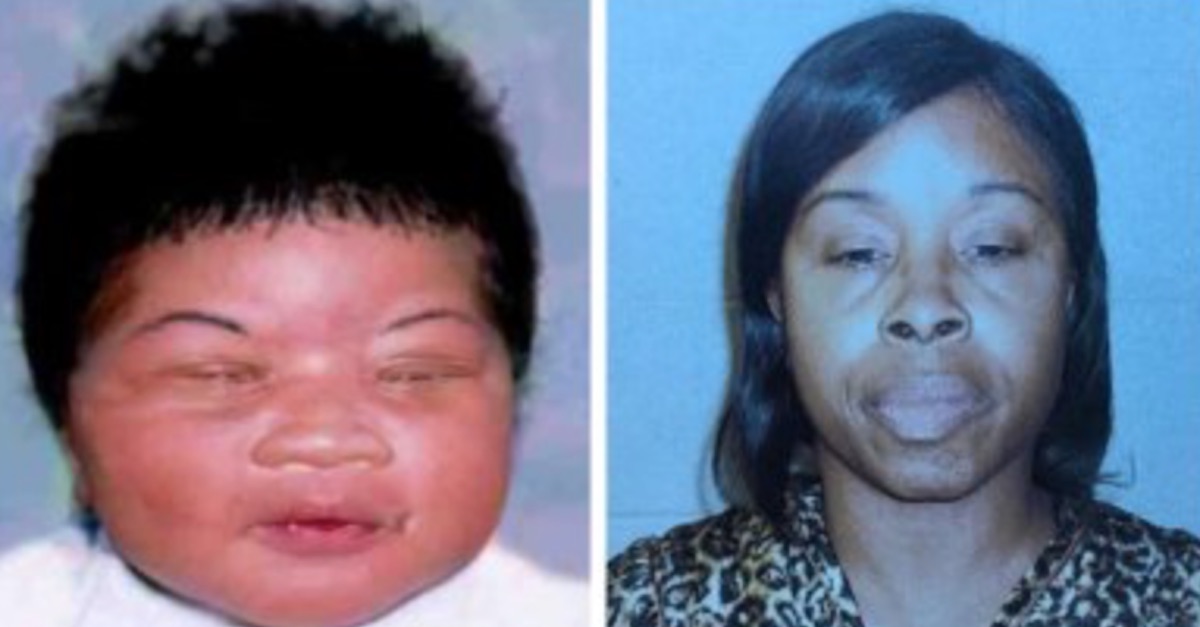 Eighteen years ago, Kamiyah Mobley was born in a Jacksonville, Fla., hospital, and was abducted mere hours after being brought into this world.

Kidnapped newborn Kamiyah Mobley found 18 years after a woman dressed as a nurse stole her from a Florida hospital https://t.co/gtwheTAovS pic.twitter.com/utuEPzuRVW

Today, police have finally tracked her down as an adult in Walterboro, S.C., and arrested her captor, a 51-year-old woman who posed as a nurse in 1998 and took the infant away from the hospital.

Times-Union front pages from July 11-12, 1998 on abduction of #KamiyahMobley pic.twitter.com/Y4r8ooygHn

The kidnapper, it is said, entered Shanara Mobley’s room and claimed her newborn daughter needed a fever treated. That newborn then went missing — until today.

As First Coast News reported, the Jacksonville Sheriff’s Office announced on Friday that 51-year-old Gloria Williams has been arrested and charged with kidnapping and interfering custody.

The sheriff’s office put out some of the details of the case on Twitter.

Kidnapped in 1998 as an infant, #KamiyahMobley has been located alive and well by #JSO. #JAX #Jacksonville

#KamiyahMobley – Investigation led #JSO to Walterboro, SC where she was located alive and well. #JAX #Jacksonville

#KamiyahMobley – More than 2500 tips followed up on. #JAX #JSO #Jacksonville

Police announced that DNA confirms the victim is Kamiyah Mobley.

A mugshot of Gloria Williams along with sketches from 1998 have also been made available.

#KamiyahMobley – Sketches from 1998 of the suspect and her current booking photo. #JAX #JSO #Jacksonville pic.twitter.com/Xm8F9ucXJB

Police said that Mobley appeared to be in good health. Authorities are leaving the possibility of a reunion with her biological family, who were said to be “elated,” up to her, as she is an adult.

Despite authorities only having sketches of the suspect based off grainy hospital surveillance video, and having no real picture of the newborn, this unsettling story has taken an incredible turn for the better.

Clearly, this is what can happen when you never give up on a case, no matter how cold.

Talk about never giving up on a case. Good stuff. https://t.co/JZkNjW8oGI