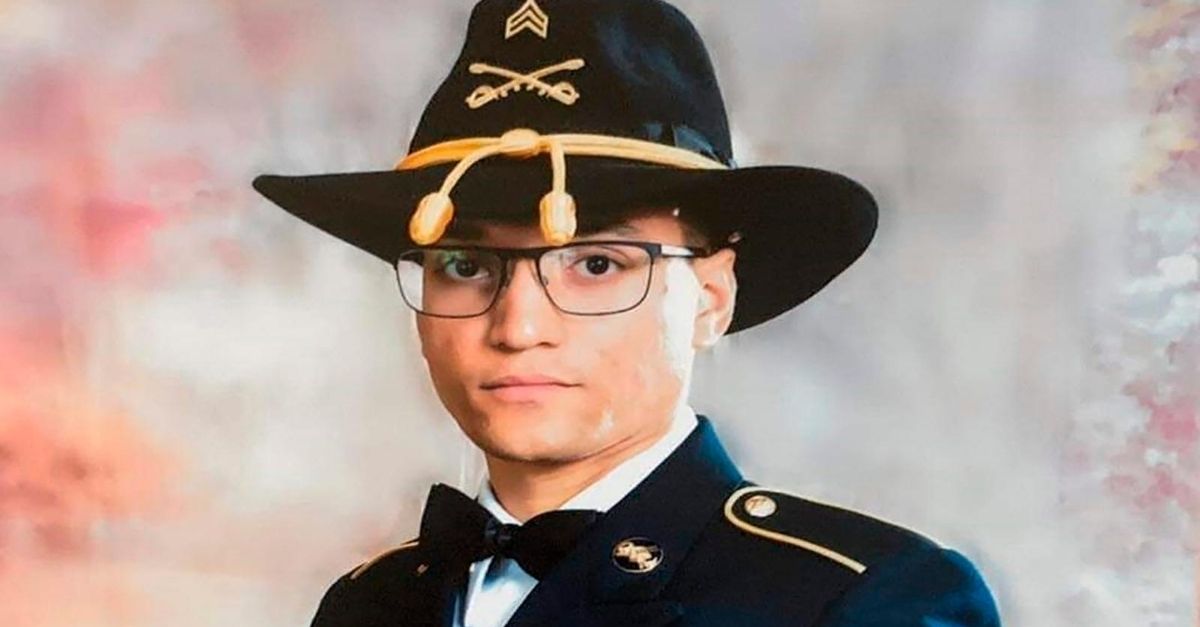 A body believed to be that of a missing Fort Hood soldier has been found by authorities. Officials are still waiting for official confirmation but police stated that that the identification found on the body indicated that it was Sgt. Elder Fernandes. Police in Temple, Texas stated, ?at this initial stage of the investigation, there is no indication of foul play.? Officers were dispatched on Tuesday for a medical call to some railroad tracks around 25 miles from the Texas army base.

According to the statement by army officials, a caller had advised that a male was observed near the railroad tracks. Upon arrival, it was determined that the subject had been deceased for a period of time. Law enforcement officers stated that an ID found at the scene indicated that the victim may be of the 23-year-old Fort Hood soldier, who was reported missing on August 17th from the base. He had been transferred to a different unit after he was part of an “open investigation of abusive sexual contact” investigation.

Attorney Natalie Khawam, who is now representing Fernandes’ family, called the news of the 23-year-old’s discovery a nightmare. She tweeted, “We are sickened by this tragedy that has happened one too many times. We are heartbroken for Elder Fernandes’s family.” Khawam stated the Army police told family members about the discovery, saying the body was found hanging in a tree. Fernandes’ backpack was still with him at the time. He was reported missing in Kileen and U.S. Army police on August 19 after last being seen two days earlier when a superior had dropped him off at his house.

Our worst nightmare has happened.
One of our own, Sergeant Elder Fernandes has been found dead today. We are sickened by this tragedy that has happened one too many times. We are heartbroken for Elder Fernandes’s family. https://t.co/PuNPRVr6oI

Fernandes’ disappearance isn’t the first missing or death case involving a Fort Hood soldier. Besides Fernandes, there have been at least 7 soldiers stationed at Fort Hood who were found dead or have died since March. There have been 23 deaths in total this year among the 36,500 soldiers in Fort Hood. According to CNN, the deaths include eight off duty accidents, seven suicides, four homicides, one combat-related death, two of natural causes, one is determined pending an autopsy by the Criminal Investigation Division, and one drowning.

Baffling that this story about eight soldiers who have died in mysterious circumstances at Ft. Hood this year doesn't mention its commander, LTG Pat White @iiicorps_cg
https://t.co/0vLQUuOb6Q

The most high-profile case involves the killing of fellow soldier Spc. Vanessa Guillen, who was also a victim of sexual harassment. The main suspect, who was another Fort Hood Soldier, killed himself while being confronted by investigators. After her death, the army called for an independent review board made up of five civilians to look at the “command climate and culture? at the Fort Hood base.

Some soldiers also died under mysterious circumstances, including PVT. Gregory Morales whose remains were found in a Killeen field in mid-June 10 months after he had vanished. Fort Hood released a statement at the time saying that foul play was suspected in his death. Other soldiers who passed away this year include Mejhor Morta, Aaron David Robinson, Brandon Scott Rosecrans, Freddy Beningo Delacruz Jr., Christopher Wayne Sawyer, Shelby Tyler Jones, and Francisco Gilberto Hernandezvargas.