Elderly Married Coupled Died in Bed Together During Tennessee Tornado 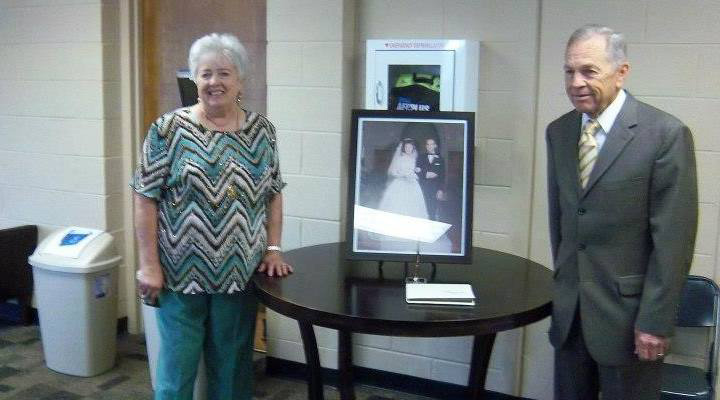 Married for 58 years, Jimmy and Donna Eaton died laying in bed together this past Tuesday when a tornado leveled their Mt. Juliet, Tennessee home east of Nashville as well as surrounding areas. Officials say the evening was the second deadliest tornadic event in the state of Tennessee’s history.

The tornadoes that ripped through Middle Tennessee, including downtown Nashville, this past Tuesday night killed 24 people, the Eatons among them. The couple, 84-years-old and 81-years-old respectively, were resting in bed when their mattress was thrown off of their bed, according to authorities.

Jimmy Eaton would have turned 85 on Wednesday.

Donna and Jimmy were still active members in their church, First Baptist Church Mt. Juliet, and had been for 40 years according to friends and family. James helped with the church coffee bar and visited hospitals with the church’s Pastoral Care & Senior Adult Pastor, David Fallin, while Donna helped with office duties at the church.

Pastor Phillip Dunn took to Twitter to pay tribute to the Eatons saying, “A great tribute to a special couple. Married 58 years. Always supportive. Always there. Always cheerful. We will cherish their lives.”

Authorities say that although sirens and alerts were sent out and many people took the proper precautions and sheltered themselves from the violent storm systems, the tornadoes moved so quickly that others were unable to move themselves to a safer area in time. The tornadoes also struck late at night, and many of the storm’s victims were sound asleep when the twisters hit.

Roughly 156 people have been hospitalized, authorities estimate, and 24 hours after the tornadoes stuck Middle Tennessee there were at least 70 people who had still not been accounted for.

Based on the damage they observed the National Weather Service believes that one of the tornadoes was at least EF-3 strength.