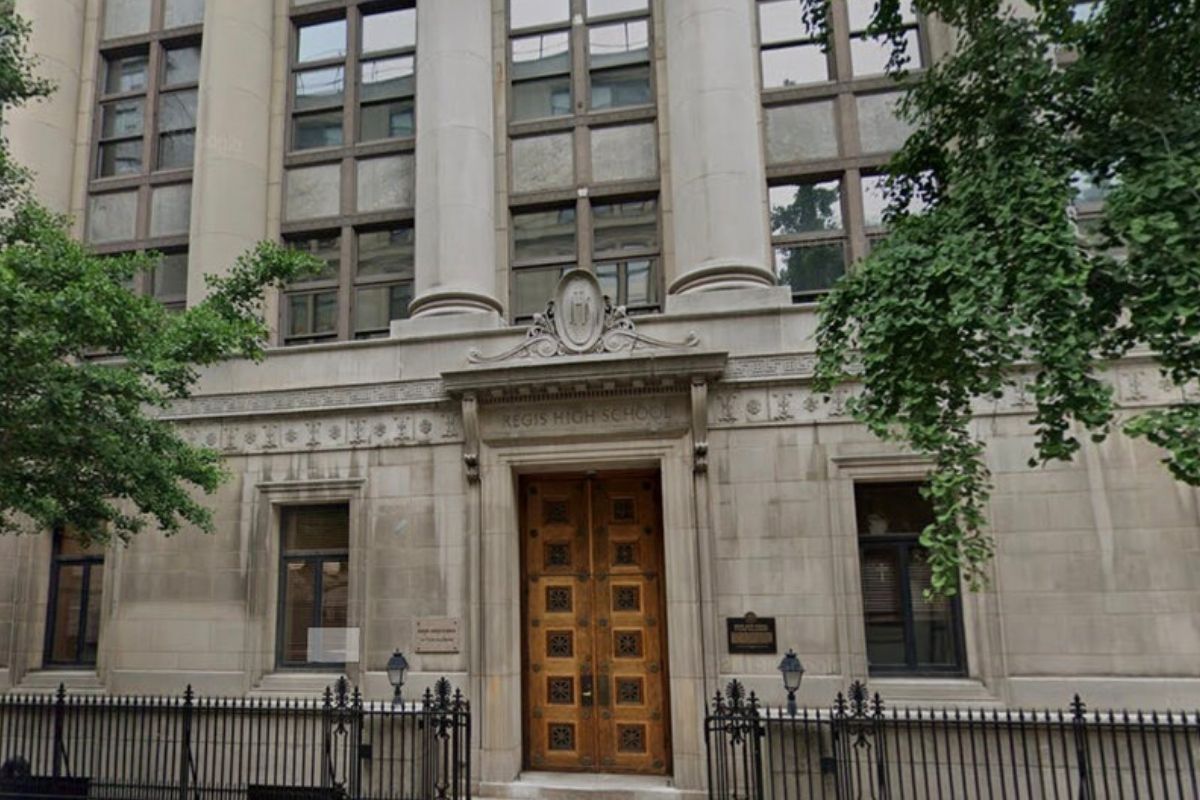 The head of one of New York City’s top Catholic schools has officially been removed from his position amid several allegations of sexual misconduct involving adult members of the school community, including some underlinings. According to the School Board of Trustees, Father Daniel Lahart was placed on leave for his position as president of Regis High School located on the Upper East Side. Lahart had been president of Regis, which is located in Manhattan, since 2016.

A letter from the chair of all the Boys Schools Board of Trustees stated “The investigation is now coming to a close, and the board of trustees has determined, based on the findings of the third-party investigator, that Fr. Lahart engaged in inappropriate and unwelcome verbal communications and physical conduct, all of a sexual nature, with adult members of the Regis community, including subordinates. This conduct was nonconsensual, and moreover, continued notwithstanding express requests from the affected parties for the conduct to cease.?

Head of Elite Catholic School Is Fired Over Sexual Misconduct

Regis High School, one of the most prominent Catholic schools in the U.S., fired the Jesuit priest who serves as its president after an inquiry found he had engaged in sexual misconduct involving several adults, including school workers.
By @liamstackhttps://t.co/k9elCxFhXZ

The father was removed permanently from his role at the private school. Apparently, the removal of Father Lahart comes at a very delicate moment for the Roman Catholic Church. All of its dioceses located in New York State are now under investigation by the New York State attorney general, Letitia James, for the way it handles cases of sexual misconduct.

Fordham Professor of Christian Spirituality Dr. Colt Anderson stated that Catholic schools with the proudest histories are unfortunately some of the most secretive ones. He stated, “All the kids who are going there now know they have a special privilege being there.? He also noted that it was a good sign that Regis had launched a quick investigation which resulted in consequences.

The Jesuit Religious Order, which runs the school, has not described what the inappropriate behavior was, but a spokesperson stated that the order agrees with the decision to remove the father ultimately. Anderson warned religious orders can sometimes be tempted in order to protect their own members rather than complain about their appropriate behavior.

Regis. I always say nothing in this subject can shock me anymore. And I'm always wrong.https://t.co/tXfKcPDPBM

Anderson noted, “And they think about redemption, and they think about forgiveness. Those are deeply baked into the way they approach these kinds of problems and so they don’t want to publicize these things.? He stated that the termination was quick showing that some reforms within the church are working in the wake of several Catholic sex abuse scandals going on. He stated that sexually inappropriate behavior with adults at the school continued even though they had asked the father to stop. Investigators stated that no students were part of the alleged inappropriate behavior.

Father Lahart nor his Representatives have released a statement on the situation. But, before the misconduct allegations surfaced, he was allegedly fond of posting several Facebook images of famous Regis alumnus, which includes Saturday Night Live’s Colin Jost and Dr. Anthony Fauci. It is still unclear if he would be allowed to continue Catholic Ministry in some way or another.