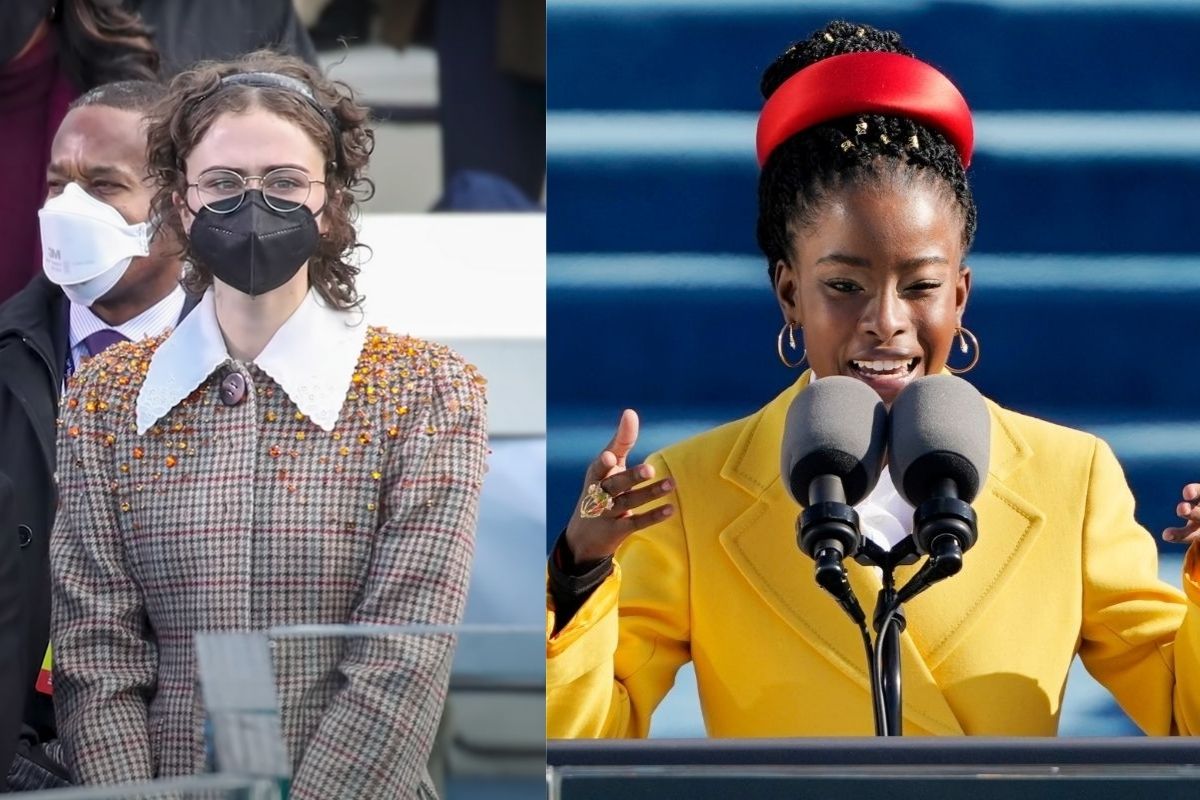 Joe Biden’s presidential inauguration signified a major transition for our nation. Politically, a new era has begun. But the swearing-in ceremony was also a major style landmark that flaunted the looks of established fashion icons, like Michelle Obama and Lady Gaga, alongside prominent newcomers. Namely, Amanda Gorman and Ella Emhoff. Thanks to the inaugural showcase, Gorman and Emhoff’s poise and unique style was noted by the world… which led to a new professional venture for the two young women: modeling.

National youth poet laureate Amanda Gorman was, inarguably, the breakout star on inauguration day. Reciting “The Hill We Climb” in the wake of the Capitol riot, Gorman?s lyrical address felt incredibly poignant. And as the youngest inaugural poet of all time, this 23-year-old did not shy away from introducing herself through unmistakably bold style. This was true of her strong assonant poetry verses ? and of her colorful outfit. Gorman’s double-breasted yellow coat by Prada revealed a preppy white collar that calls attention to the poet?s youth. Amanda graduated from Harvard University last spring, in the Class of 2020.

Adorning Amanda Gormans?s impressive up-do was a thick red headband: at once trendy and totally classic. As if that?s not enough, Gorman’s understated gold hoop earrings were a gift from Oprah. Clearly, the TV legend noticed something special about Gorman before the rest of the world caught on. It was recently announced that Gorman will perform at this year’s the NFL Super Bowl LV. She will recite an original poem for the pregame ceremony on February 7, 2021, before the Kansas City Chiefs face off against the Tampa Bay Buccaneers.

Ella Emhoff is officially our new second daughter. The stepdaughter of Vice President Kamala Harris, she is the biological daughter of “Second Gentleman” Doug Emhoff. Ella Emhoff was in high school when her father, a divorced lawyer, married Harris, then the Attorney General of California. Though Emhoff remained out of the spotlight through most of her stepmother’s campaign, she became an object of national fascination after showing up to President Joe Biden’s inauguration in a fabulous beaded Miu Miu coat. The 21-year-old textile design student attends Parsons School of Design in New York City. She specializes in knitwear and, like most fine art students her age, Emhoff resides in Brooklyn’s vibrant Bushwick neighborhood. Lucky for Emhoff, her involvement with the fashion industry is about to seriously take off.

IMG Models, a modeling agency that represents more than half of the world’s highest-paid supermodels, announced on January 28, 2020, that they had signed Ella Emhoff in addition to inaugural poet Amanda Gorman. The semi-political names may seem like a surprising choice for couture modeling contracts. Ivan Bart, the president of IMG Models, spoke on the matter to The New York Times:

?It?s not really about shape, size or gender any more. Ella communicates this moment in time. There?s a cheekiness and a joy she exudes.?

Like Amanda Gorman’s latest Super Bowl gig, the recent move by IMG Models demonstrates the commercial viability of unconventional casting. It’s a squarely contemporary phenomenon, hiring fashion models based on their projected personality or social image. For Gorman and Emhoff, the trendsetting decision marks an enviable and important opportunity. It will be interesting to see how our idea of conceptions of not only models but poets and second daughters, expands over the course of the next few years.