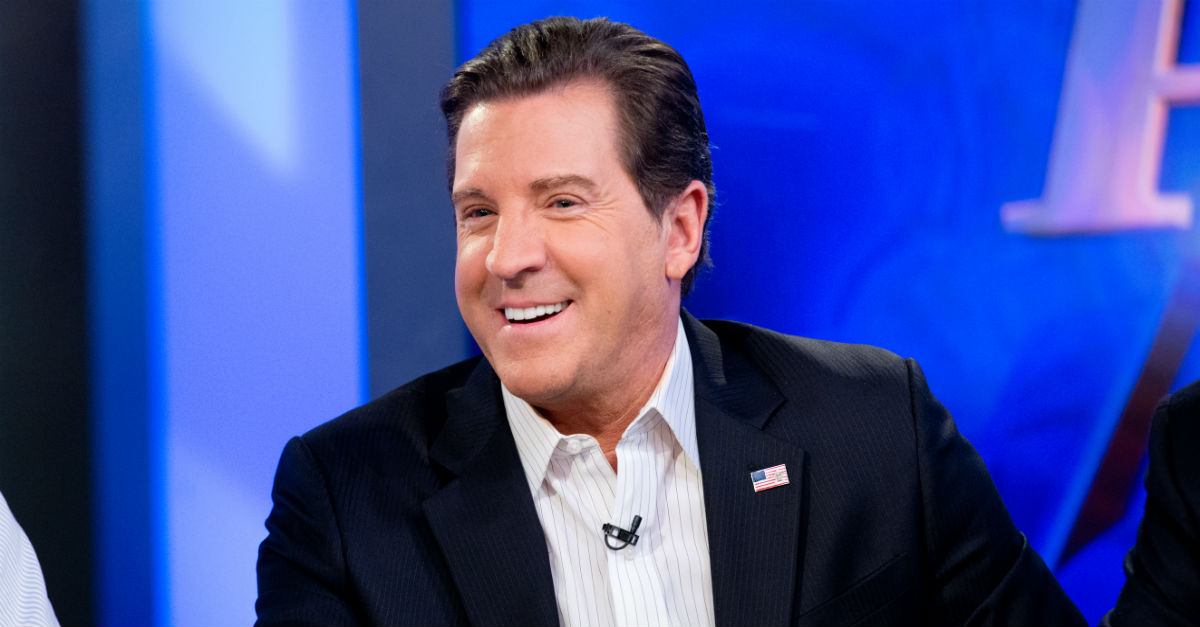 On Friday, HuffPost ran an article citing 14 sources that accused Fox News host Eric Bolling of sending nude images to women and co-workers. On the following day, he was suspended from the network and a former Fox guest wrote a lengthy Facebook post chronicling her unsettling encounters with Bolling.

Bolling’s lawyer said that “the anonymous, uncorroborated claims are untrue and terribly unfair. We intend to fully cooperate with the investigation so that it can be concluded and Eric can return to work as quickly as possible.”

On Wednesday afternoon, Yashar Ali, who authored the HuffPost piece tweeted that Bolling is now suing him for defamation.

Just received a summons. Eric Bolling is suing me for defamation – $50 million in damages. I stand by my reporting + will protect my sources

Ali also noted that HuffPost is not named in the summons, meaning that Bolling is going after him personally.

It's important to note that Bolling's summons does not include HuffPost – he is coming after me personally. I'm a big boy…but very telling https://t.co/nvludsIV87

Ali told CNN that he worked on the story for three months before finally publishing it. Asawin Suebsaeng of The Daily Beast wrote on Twitter that the allegations were “an open secret” and that he had been working on a similar piece, but noted, “good on Yashar for beating us.”

Fox has brought in the Paul Weiss law firm to lead an investigation into the allegations. The Weiss firm was also brought in to investigate Bill O’Reilly and Roger Ailes before they were ousted from the network. Bolling was a co-host on “The Five” and hosted his own program entitled “Cashin’ In.”

HuffPost editor-in-chief Lydia Polgreen said in a statement, “Yashar Ali is a careful and meticulous reporter. We stand by his reporting.” In regards to paying Ali’s legal fees, HuffPost gave the following comment: “Ali is a paid freelancer under contract with HuffPost. We have not hesitation about standing by him financially in this case.”