Former Fox News host Eric Bolling has made his first statement since the news broke Saturday that his 19-year-old son, Eric Chase Bolling Jr., had died.

Bolling, who’s said to be “incredibly devoted to his son,” wrote the following on behalf of himself and his wife, Adrienne: “Adrienne and I are devastated by the loss of our beloved son Eric Chase last night. Details still unclear. Thoughts, prayers appreciated.”

Adrienne and I are devastated by the loss of our beloved son Eric Chase last night. Details still unclear. Thoughts, prayers appreciated.

Heartbreakingly, the circumstances and details surrounding Eric Chase’s death at this time are unclear, even to his father.

Bolling later tweeted, contrary to reports of suicide by the likes of TMZ, that authorities tell the family “there is no sign of self harm at this point.”

Authorities have informed us there is no sign of self harm at this point. Autopsy will be next week. Please respect our grieving period.

Bolling said that an autopsy will take place next week and asked the public to respect the family in this time of grief.

Earlier in the day, Fox News released a statement, saying, “We are saddened to hear of the passing of Eric Bolling’s son. Eric Chase was a wonderful young man, and our thoughts and prayers are with the entire Bolling family.” 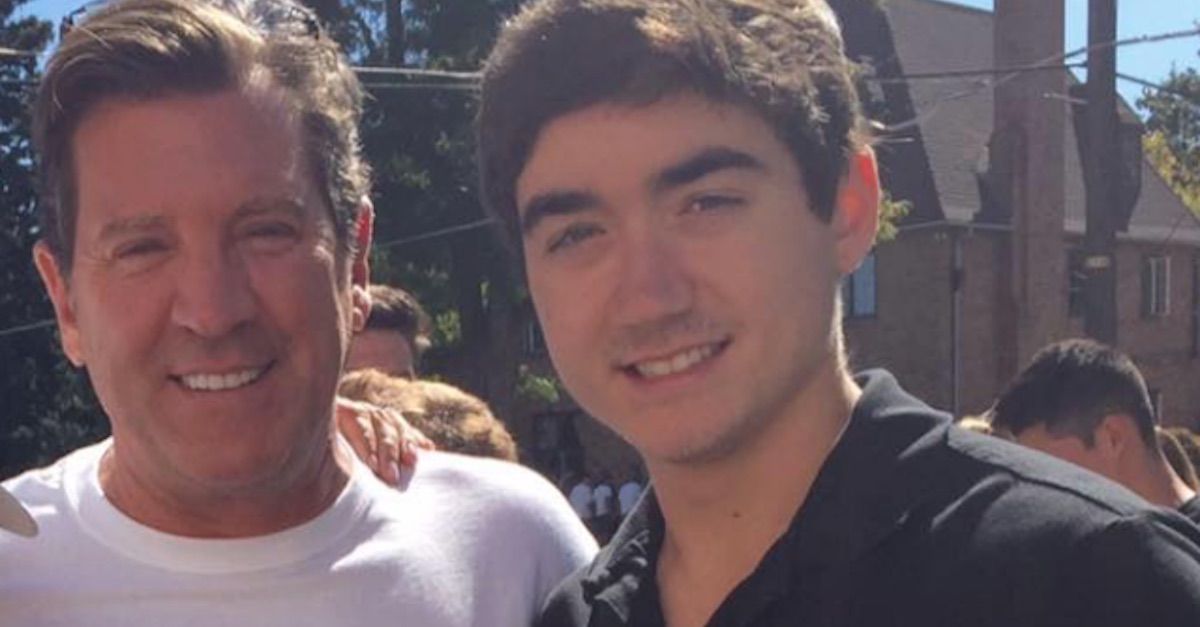