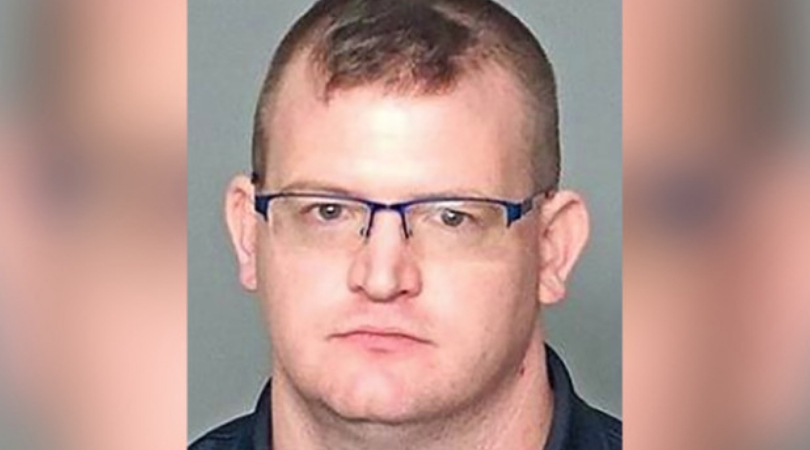 A Wisconsin man posed as a doctor and managed to prescribe medication to people, including a purported flu shot, amoxicillin, and Ritalin. All medication was given to at least four unknowing patients, some of whom were diagnosed with schizophrenia and depression. After interviewing patients, several stated they found him through Craigslist ads (this should have been a red flag, but okay, I’ll go with it) and from Facebook friend referrals.

32-year-old Kyle Grant Larsen billed himself as Dr. Kyle Ellis to unsuspecting women and men who visited the Medical Psychology of Wisconsin office in Wisconsin Avenue in Appleton. How did he manage to fool people? Larsen searched through Craigslist to find equipment, as well as bought items at a garage sale held by a retired chiropractor. Authorities also stated Larsen broke into a dental office in his office building to steal equipment and a prescription pad.

According to authorities, District Attorney Melinda Tempelis, the man treated a number of different patients and even gave one patient what was reportedly a flu shot, but it is still unknown what was ultimately injected. Some of the patients had taken all of the medication, endangering their safety.

Larsen told investigators he worked as a licensed practical nurse before losing his job as a result of a theft arrest. Authorities were able to confirm his story after state records showed he had an active license. His social media accounts say he worked in that capacity at an Appleton Hospital before creating Medical Psychology of Wisconsin in 2015.

Kyle Grant Larsen, 32, billed himself as Dr. Kyle Ellis to unsuspecting patients who visited his office, which he outfitted using equipment purchased from Craigslist or at a garage sale held by a retired chiropractor, according to a criminal complaint. https://t.co/k1Kp5lNpvx

His idea behind his big failed plot? He apparently got the idea to start a medical practice while working as a janitor, but had a hard time “getting started”. He admitted his practice isn’t a limited liability corporation because he couldn’t afford the paperwork to file an LLC, WBAY.

According to the complaint, a woman stated Larsen offered to prescribe her Ritalin, which she initially rejected before picking up 30 pills of the drug in a bottle Larsen left for her in a locked box outside his ?office” in September. The woman said she wasn?t charged for the ?unorthodox prescription?, taking a total of 11 pills over the next few days. The woman ultimately stopped taking the meditation after consulting with her psychologist.

Another woman told Larsen she was diagnosed with schizophrenia at the age of 12, in which he presented himself to her as a neuropsychology and pain management doctor. Her session with Larsen mainly consisted of verbal therapy, but Larsen allegedly gave her what he said was a flu shot, as well as red drops from a container. Authorities claim the medication they reviewed appeared to be over the counter drugs.

A third patient said he was given what he believed was amoxicillin for a tick bite to his neck, which he consumed entirely. A fourth person who sought relief for depression from Larson told investigators she took pills he prescribed and crushed them up in water before adding them to oil. A fourth ?patient? told authorities she remembers seeing a ?Doctor of Osteopathic Medicine? certificate on the ex-janitor’s wall and admitted to paying him roughly $1,000 over the course of two months of visits.

Bond set at $200,000 for Kyle Larsen— accused of being a fake Appleton doctor. pic.twitter.com/FIliRbJ36P

Reports also state the 32-year-old man allegedly contracted one of his patient’s employers, to provide updates on her treatment. She later resigned from the job. The same woman told authorities that Larsen texted her inappropriate messages, sometimes several times a day.

The “fake doctor” also declined to accept medical insurance, and only took cash from patients he had deceived. Larsen was held in jail on a $200,000 cash bond on 18 criminal counts. The charges include six felony counts of theft by false representation, manufacturing or delivering a prescription drug and maintaining a drug trafficking place, four counts of practicing medicine or surgery without a license, three counts of practicing pharmacy without a license, and two counts of unlicensed practice of psychology are misdemeanors. He is facing at least 50 years in jail.