Donald Trump’s Ban From Facebook Upheld by Oversight Board 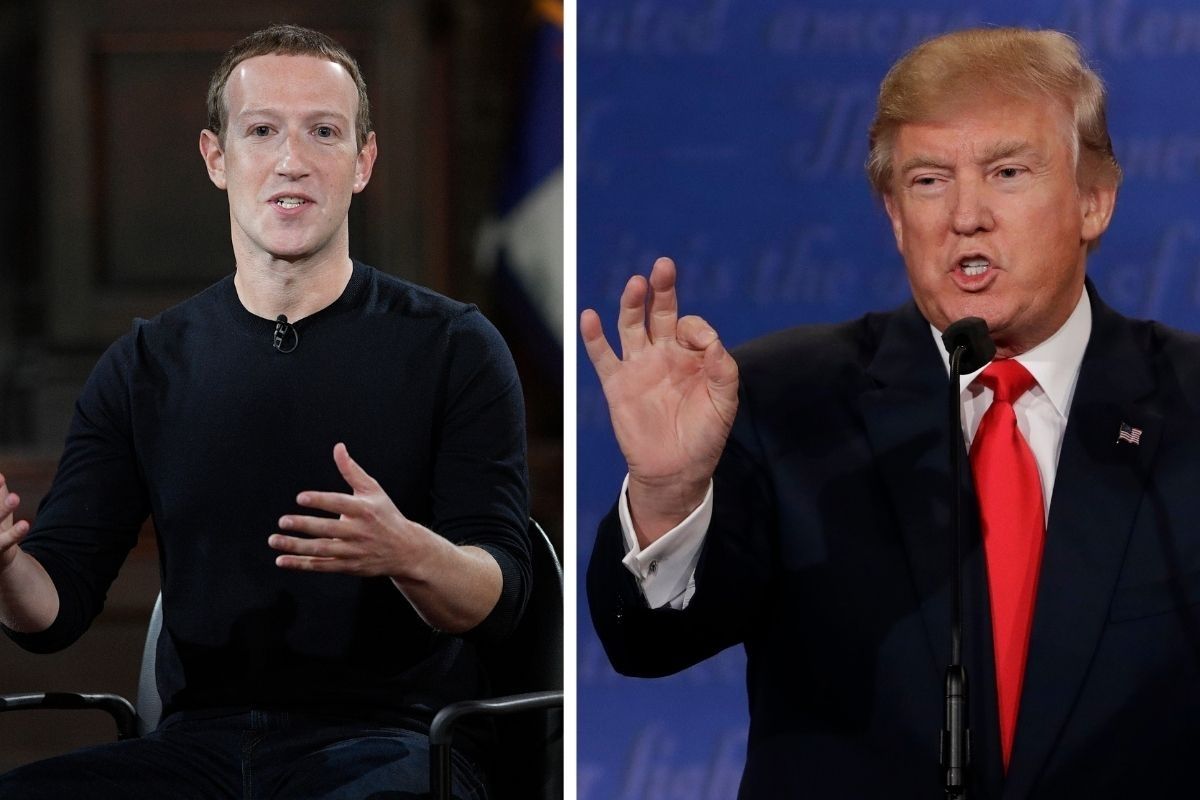 Facebook’s independent Oversight Board officially ruled on Wednesday to uphold the companies decision to suspend the Instagram and Facebook accounts of Donald Trump. That being said, the board did note that the indefinite time frame of the suspension ?was not appropriate.? They effectively punted the decision on the length of his suspension back to Facebook, saying that it insisted the company “review the matter to determine and justify a proportionate response that is consistent with the rules that are applied to other users of its platform.?

The board had asked Facebook to complete an official review within six months and then made suggestions for how to create clear policies that balance public safety and freedom of expression. Through a blog post following the announcement, Facebook stated ?We will now consider the board?s decision and determine an action that is clear and proportionate. In the meantime, Mr. Trump?s accounts remain suspended.?

Facebook had first suspended Trump’s accounts following the US Capitol riots that took place on January 6th. Trump’s suspension was Facebook’s most aggressive action against the former president during his four-year term. Through a post on his Facebook page, Facebook CEO Mark Zuckerberg wrote, ?We believe the risks of allowing the President to continue to use our service during this period are simply too great.?

Editors Note: This article was originally published on January 7, 2021. It was updated on May 5, 2021, after Facebook’s Oversight Board stated the Trump ban was appropriate.

It looks like President Donald Trump is in quite a pickle. Facebook CEO Mark Zuckerberg announced that both Facebook and Instagram have suspended President Donald Trump’s accounts indefinitely. Through a statement, Zuckerberg stated, ?The shocking events of the last 24 hours clearly demonstrate that President Donald Trump intends to use his remaining time in office to undermine the peaceful and lawful transition of power to his elected successor, Joe Biden. Therefore, we are extending the block we have placed on his Facebook and Instagram accounts indefinitely and for at least the next two weeks until the peaceful transition of power is complete.?

Both Facebook and Twitter announced that they had to stop Trump from posting on their platforms on Wednesday after several rioters and Trump supporters stormed the house of Congress in Washington, DC. This was the most aggressive action either company has yet taken against President Trump, who more than a decade ago embraced the scale of Twitter to spread false rumors, rally his loyalists, and bash and taunt his enemies.

Twitter locked President Trump out of his account for 12 hours, saying that any future violation could result in a permanent suspension of the @realdonaldtrump account. Then, the company removed three of Trump’s tweets, including a video in which he urged his supporters to go home while repeating falsehoods about the integrity of the presidential election. The video was posted more than two hours after the Republican and pro-Trump mob protesters had entered the US Capitol building, interrupting several lawmakers’ meetings in a joint session to confirm the Electoral College results and president-elect Joe Biden’s victory.

But come by Thursday morning, Facebook updated the suspension to indefinite. Although several cheered on social media platforms, several noted that the company’s actions followed several years of hawking on Trump and his fellow supporters by spreading dangerous misinformation and then encouraging the violence that has contributed to Wednesday’s protest.

The shocking events of the last 24 hours clearly demonstrate that President Donald Trump intends to use his remaining time in office to undermine the peaceful and lawful transition of power to his elected successor, Joe Biden.

His decision to use his platform to condone rather than condemn the actions of his supporters at the Capitol building has rightly disturbed people in the US and around the world. We removed these statements yesterday because we judged that their effect ? and likely their intent ? would be to provoke further violence.

Following the certification of the election results by Congress, the priority for the whole country must now be to ensure that the remaining 13 days and the days after inauguration pass peacefully and in accordance with established democratic norms.

Over the last several years, we have allowed President Trump to use our platform consistent with our own rules, at times removing content or labeling his posts when they violate our policies. We did this because we believe that the public has a right to the broadest possible access to political speech, even controversial speech. But the current context is now fundamentally different, involving use of our platform to incite violent insurrection against a democratically elected government.

We believe the risks of allowing the President to continue to use our service during this period are simply too great. Therefore, we are extending the block we have placed on his Facebook and Instagram accounts indefinitely and for at least the next two weeks until the peaceful transition of power is complete. ? Mark Zuckerberg

Watch: Trump Tells Rioters ?We Love You? But ?Go Home? Amid Violent Protests at the Capitol