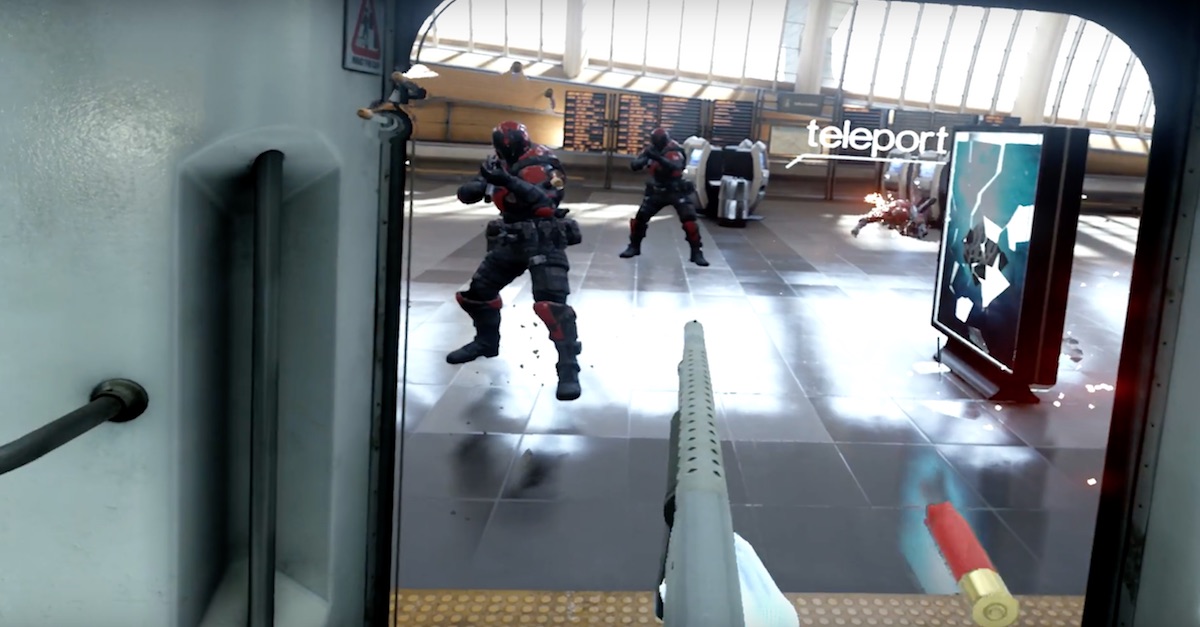 Facebook set up a booth at the 2018 Conservative Political Action Conference (CPAC) to show off its Oculus VR (virtual reality) headset, but some took issue with the game on display given the recent school shooting in Florida.

The game Bullet Train, which has had a trailer out for years now that you can watch below, shows that the premise of the game is using a fake gun to shoot up enemies in a train station.

Bullet Train is the latest VR experience from Epic Games, creators of the popular Showdown VR demo. Staying true to form, Epic puts you in the middle of the action: Use motion controls in the role of an agent undergoing an infiltration simulation set inside a modern train station. Master the art of teleportation, time manipulation, and close-quarters combat to blast through resistance forces. Thanks to Unreal Engine technology and the Oculus Touch motion controllers, you can physically interact with an array of weapons, from guns to grenades to missiles, and even feel them through haptic feedback.

Some were offended by this choice, given the closeness to the school shooting at Marjory Stoneman Douglas High School in Parkland, Fla.

This is what Facebook was demoing at the CPAC conference, while the NRA were giving their presentations onstage. Watch a little bit of this and imagine Wayne LaPierre or Dana Loesch giving their speech in the background, because THAT'S HOW IT WENT DOWN!https://t.co/mUB5AqcDdH

Facebook showed a violent #VR shooter game demo in its booth @CPAC 's 2018 conference outside Washington, then removed it, saying it regretted showing the demo for "Bullet Train" in the wake of the Florida school shooting: https://t.co/gopLPaglGI

Facebook is at CPAC and they have a VR shooting game pic.twitter.com/wmV23jezpN

Facebook responded by removing the game from the booth.

Here’s what Facebook’s VP of VR said about this:

We removed the demo & regret failing to do so at the start. We got this wrong. Our demos come w a standard set of content, some are action games w violence. These shouldn't have been present, especially in light of recent events & out of respect for the victims & their families.

“We removed the demo & regret failing to do so at the start. We got this wrong. Our demos come w a standard set of content, some are action games w violence. These shouldn’t have been present, especially in light of recent events & out of respect for the victims & their families,” Hugo Barra tweeted.

He later explained to Mashable that this game was part of “a standard set of experiences included in the Oculus demos we feature at public events,” a few of which “can include violence.”

RELATED: KFC ran out of chicken, and it’s a meme now

As the Huffington Post noted, it wasn’t the first time Facebook struck the wrong chord with its virtual reality self-promoting.