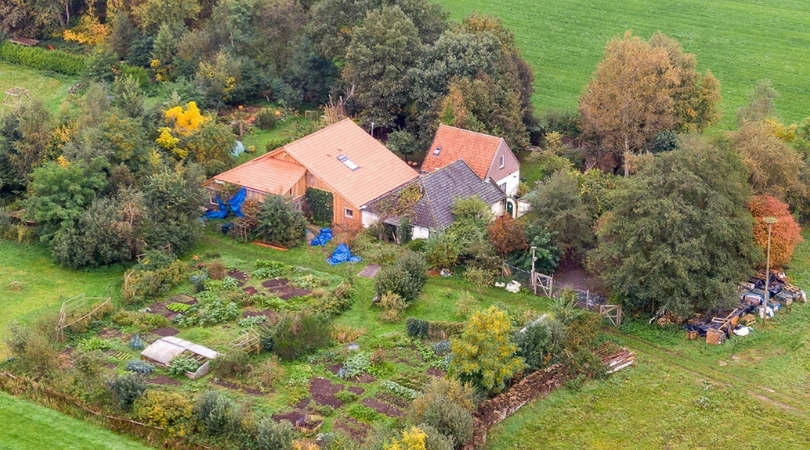 The end of the world is near, which means we must all hide and take all our belongings to the bunker, no questions asked. Well, according to this family from the Netherlands, at least. Turns out Dutch police discovered a family of 7, yes 7, living in a farmhouse basement just waiting for the world to end.

The Dutch family allegedly spent a total of NINE years in the basement and were found after one family member escaped. Can you imagine coming out of that basement after nine years and realized that you just wasted all that time by believing the world had actually ended? Yikes.

A family of seven was discovered living in the basement of a Dutch farm, and waiting for the end of the world. Six young adults, aged 18 to 25, and their father were found after the oldest child escaped and sought help at a nearby bar. https://t.co/4Cvlt5g3xz #TheLatest #7NEWS pic.twitter.com/Cp6yaHGVF5

According to authorities, a 58-year-old man was living with six siblings, aged 18 to 25 on a farm in the province of Drenthe. The oldest of the siblings had managed to escape from the basement, asking staff at a local pub in nearby Ruinerwold for help. Bar owner, Chris Westerbeek, stated the young man had long hair, old clothes and looked very confused.

He reportedly ordered five beer and drank them all in one go.  Because well, nine years without beer is just a living hell, duh. That’s when he told the owner that he had run away and needed help. The man stated he had brothers and sisters who lived at the farm, and said he was the oldest, and “wanted to end the way they were living.”

According to local Mayor Roger de Groot, the man living with the children is not their father nor the owner of the farmhouse. But, the family is reportedly in a “safe place” now. Their mother was said to have died before the family officially moved into the house.

Names of the family members have yet to be released by authorities, but it is unclear as to how they are related to the man. He was arrested for failing to cooperate with the investigation. Dutch media did note that the family had no contact with the outside world, and was entirely self-sufficient. They were reportedly living off a vegetable garden and a few animals. The children were not registered and neighbors believed that the man lived alone on the farm.

As far as to why the children didn’t run, apparently they had no idea that there were other people in the world. Authorities quickly went to the house after receiving concerned reports from neighbors, sending a large team to investigate. They found a hidden staircase which led to a basement where the family was kept.

An investigation is currently ongoing, but authorities are looking into possible criminal offenses.