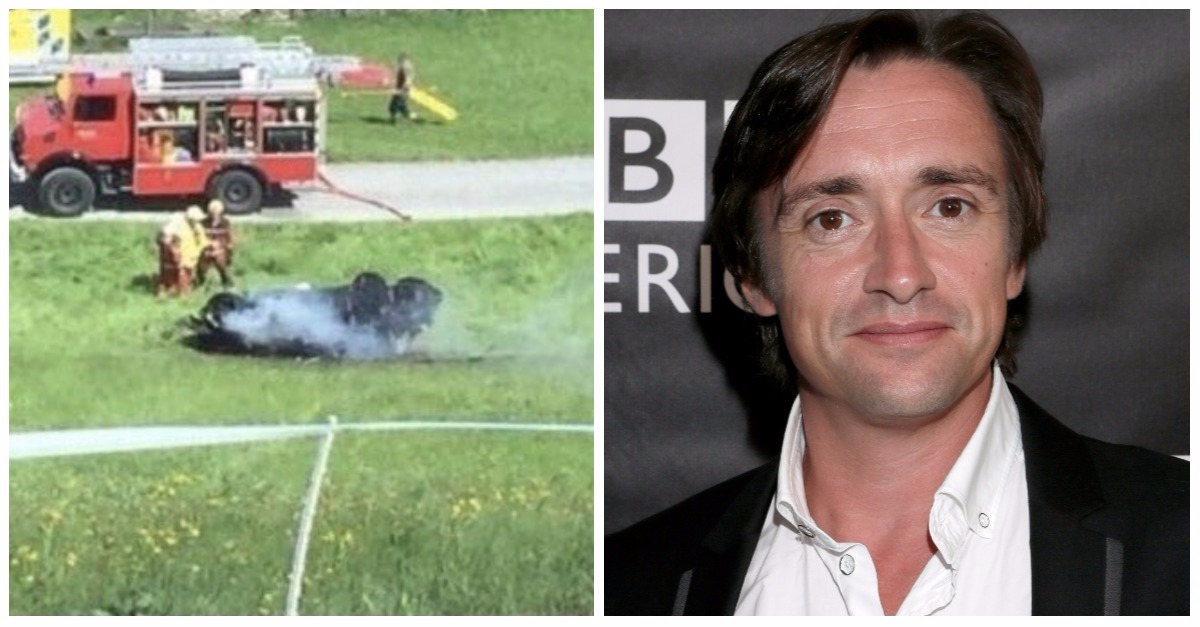 Former “Top Gear” and current “The Grand Tour” host Richard Hammond was involved in a serious crash while filming his new show in Switzerland over the weekend, flipping the electric supercar he was racing and seeing it burst into flames.

Somehow, the 47-year-old Hammond escaped with only a fractured knee, despite his colleague Jeremy Clarkson calling the crash the “most frightening” he had seen.

It was the biggest crash I've ever seen and the most frightening but incredibly, and thankfully, Richard seems to be mostly OK.

The good news is that Hammond “was conscious and talking, and climbed out of the car himself before the vehicle burst into flames.”

Hammond was then airlifted to a hospital where it was determined that he had fractured a knee.

Video and photos of Hammond’s nasty spill are making the rounds on the internet. He was driving the Rimac Concept One.

Not again?! Richard Hammond is airlifted to hospital after a crash in Switzerland. Get well soon Hammy 🙏 pic.twitter.com/f6sWxpRMvV

Richard Hammond is a very lucky boy. This is the car he's walked away from with just a fractured knee… Full story: https://t.co/n6HbhgLag5 pic.twitter.com/dtK6XY779L

The latest crash comes more than a decade after Hammond’s 2006 crash at 300 mph that he would later say caused depression, paranoia and memory loss.

He was in a coma for two weeks.

The Grand Tour has announced that Hammond was “involved in a serious crash, but very fortunately, suffered no serious injury.”

Richard Hammond was involved in a serious crash, but very fortunately suffered no serious injury. pic.twitter.com/4Oib32IJvj

RELATED: Watch the terrifying Indy 500 wreck that sent a car flying and somehow got no one killed

“He is currently being treated in hospital for a fractured knee and having the once over. It’s quite incredible he’s come away from this with nothing more serious, quite frankly,” a source speaking to The Sun said. “The crash was really bad. The car completely flipped and then burst into flames.