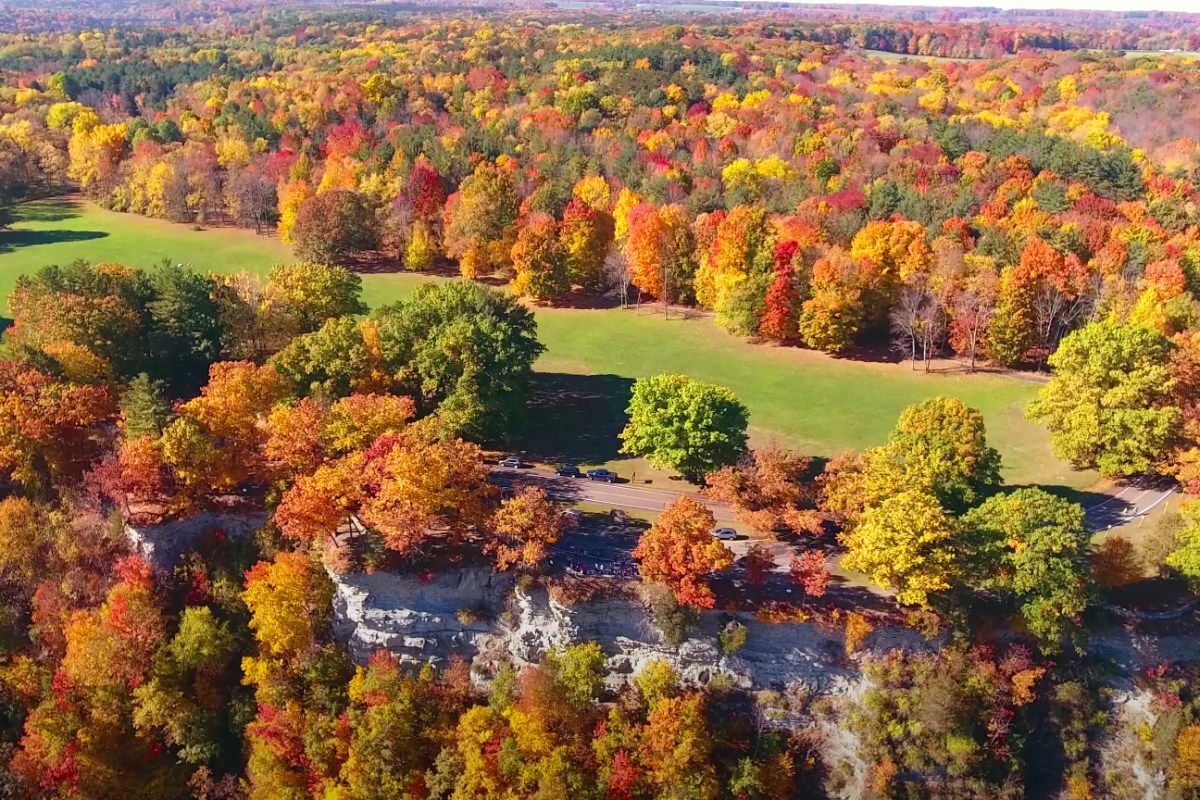 The heat this summer has been rough. Of course, many of us have been staying inside thanks to Coronavirus restrictions, but still. (Just as The Farmer’s Almanac’s summer weather forecast predicted, it’s worth mentioning.) In some parts of the country, the heat has been so brutal that some of us might be willing to skip sweater weather and go straight to frigid and frosty. Either way, people across the United States are probably ready for the weather to cool off, and thankfully The Farmer’s Almanac Fall 2020 forecast is here to let us know when.

First thing’s first: Autumn officially begins on Tuesday, September 22, 2020, at 9:21 a.m. EDT with the arrival of the Autumnal Equinox. The weather will already be cooling and the daylight receding before then, but that’s when it’s officially Fall.

Overall The Farmer’s Almanac long-range forecast is predicting cooler temperatures starting in September across the country as well as stormy weather — late in the season (November and December) for the East and the Pacific Coast, and earlier in the season for the Midwest. For the latter, these storms may produce tornadoes and other severe weather.

Unfortunately, this summer might have some unwanted consequences on one of America’s favorite aspects of Autumn, the Fall Foliage. Typically the brilliant colors we see on trees during the Fall are lessened by drought. Bright colors are signs of a healthy, well-watered tree. In New England, for example, there have been slight to significant drought conditions this summer, but hopefully nature will put on a good show anyway.

Here’s what to expect for your region:

This Fall normal temperatures can be expected for the Midwest. Early on there will also be storms that may produce some serious severe weather like thunderstorms and maybe even a few tornadoes.

Autumn will start out super pleasant. All the sweater weather one could want for the Nantucket crowd! But things will eventually turn stormy and wet by November and December. Look for some snowy, many a wintry mix of rain and sleet in the Northeast, along with some frigid temperatures, according to the Farmer’s Almanac’s forecasters. (No word on if this will extend into the winter prediction, or whether New England will see greater than normal winter snowfall.)

SEC country will see pleasant temperatures and a picture-perfect Autumn at first according to meteorologists but, eventually, winter weather will creep in across the Southeast and the Appalachians according to long-range weather forecasts.

Up north states in the Great Lakes region and Upper Midwest like Minnesota and Michigan will see average temperatures and above-normal precipitation that may turn into snowfall by the end of the season.

America’s breadbasket and the Northern Plains will see average temperatures and average precipitation. It should be a pretty ho-hum, enjoyable fall for corn maze country.

A fair and fun Fall can also be expected for Washington and Oregon according to The Farmer’s Almanac’s weather predictions. There should be some great days for seeing bright leaves and even better nights for drinking some warm cider.

The extended forecast for Autumn in the Western United States will see fair and windy weather as well as average precipitation. It’s expected that the Rockies will likely see the first snows of the year as early as October and good amount of snow after that.