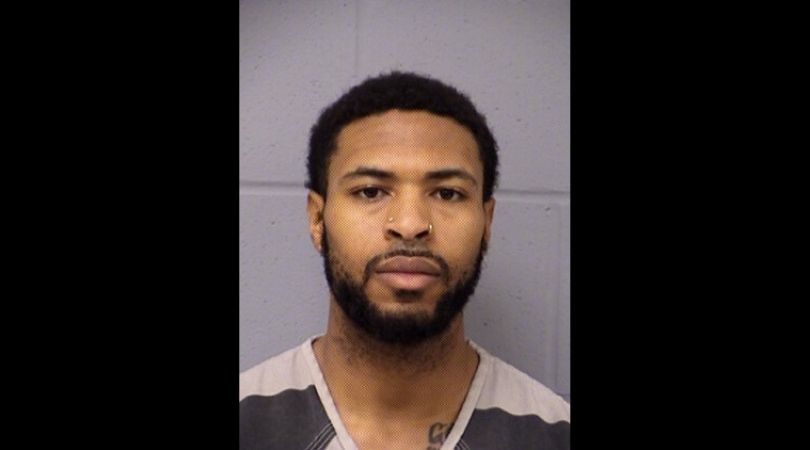 Oh my gosh, this is so scary. As someone who lives off of buying food and wine on Favor and Uber Eats, this is terrifying to me. You really don’t think about how dangerous it actually is. I mean for one, a complete stranger has your address, and two, you never know if that person is a good human being or a psycho. Like 29-year-old Thomas Alexander Gray, who was arrested for doing the unthinkable.

According to authorities, Gray is facing second-degree felony charges of aggravated assault with a deadly weapon after he pointed a loaded gun at one of his delivery customers. According to the affidavit, the Favor driver, which is a popular delivery service smartphone app, arrived at the Texas Rowing Center in Austin with the customer’s food.

The customer stated the delivery driver arrived well after the initial time the app had stated. The customer had sent several texts to the driver asking about his whereabouts and his food, which is when Gray became annoyed. Gray quickly pulled into the parking lot with the food and had a semi-automatic handgun in his lap.

The customer told authorities that Gray then grabbed the gun with one hand and a loaded magazine with the other. He then chambered a round, and waived the gun saying, “you wouldn’t like it if someone rushes you, would you?” Yikes, yikes, yikes.

“Frozen with fear,” the customer stated Gray also said something along the lines of “you really shouldn’t rush people because it might ruin their day.” He ultimately thought he was going to be shot and killed. Luckily, Gray handed him the food and then drove away after the incident.

As for Favor, the app noted it prohibits its drivers from carrying loaded guns on the job and immediately blocked the driver’s access to the app the same day after the customer reports what happened. APD detectives who were working the case attempted to contact Favor back in September when the exchange happened but did not receive a response until mid-October.

But, according to KXAN, Favor app noted a detective did reach out to its customer support in late September last year with a support representative responding that same day, referring the detective to the companies safety team. The smart app says its safety team worked directly with the authorities through mid-October and eventually provided the information that identified Gray was the driver.

After law enforcement officers issued a warrant for the driver, he was arrested five months after the incident on February 10, 2020. Jail records show Gray is in custody at the Travis County Jail. Now, I hope this man stays in there for a while because God knows what he would do if he ever gets out. This customer must be terrified. Goes to show you that we should always double-check who is dropping our orders and well..be patient?