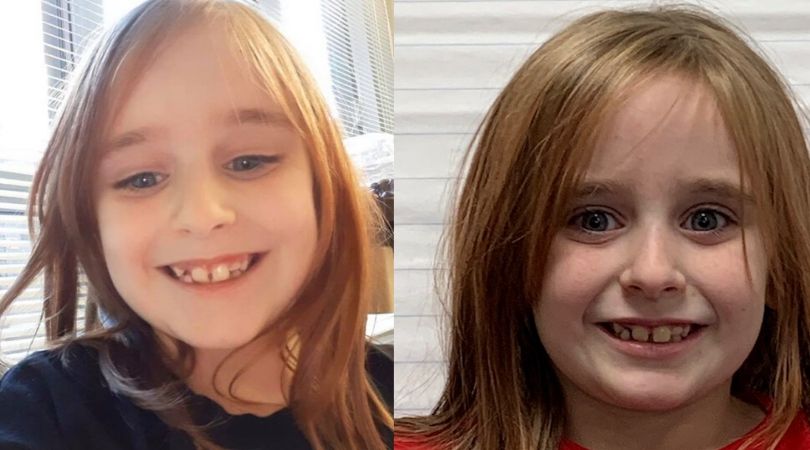 Editors Note: This article was originally published on February 12, 2020. It was updated on February 19, 2020, at 3:30 p.m., after authorities announced Faye Marie Swetlik’s cause of death.

Authorities have announced the 30-year-old neighbor who abducted and killed Faye Swetlik was found dead moments after police discovered the girl’s body. Lexington County officials stated the 6-year-old had been strangled by Coty Taylor hours after he abducted her from the front yard of her Cayce home.

Although both Taylor’s and Faye’s bodies were found near one another, Faye had been dead for days while Taylor died that morning from a self-inflicted wound to the neck.  According to Cayce Director of Public Safety Bryon Snelgrove, police had spoken to Taylor the day before in connection with the lengthy investigation. Taylor was reportedly cooperative and gave consent to police to search his house. Authorities did not believe he was involved in Faye’s disappearance at that time.

Faye Swetlik’s family was gracious enough to allow me to share a few home videos of sweet Faye. She is loved by so many. @wis10 pic.twitter.com/or5a1pqO0Y

Snelgrove stated officials got their first break in the investigation after they searched garbage cans and discovered a polka-dot boot and a soup ladle in the garbage can, which belonged to Taylor’s address. Authorities later learned Faye’s missing person’s bulletin noted she was wearing polka-dot boots at the time of her disappearance.

Officials have yet to announce a motive, but the 30-year-old didn’t leave a note of any kind.

This morning I drove by the memorial for Faye Swetlik and everything was getting wet from the rain. So I drove back to the station, grabbed a tent… and this happened. This is what our community looks like and it’s amazing. ♥️ @wis10 pic.twitter.com/sdO1bvYaXH

Editors Note: This article was originally published on February 12, 2020. It was updated on February 13, 2020, at 1:30 p.m., after authorities announced Faye Marie Swetlik’s body was found.

Police in South Carolina announced they discovered the body of missing 6-year-old Faye Marie Swetlik. According to authorities, there have been no arrests at this time but stated another deceased male was also located in the Churchill Heights neighborhood. Police are treating the case as a homicide.

Earlier today, police announced they had identified the occupants of one of the two vehicles seen in the neighborhood during the time Swetlik was last seen. Evan Antley, Cayce Police Department Sergeant, stated police have spoken to the individual of the SUV captured on surveillance footage in their investigation, but are looking for a silver sedan.

The girl’s body was found less than one day after police released a video showing the two vehicles. If you have any information that could help investigators, you are asked to contact the tip line at (803) 205-4444.

BREAKING: A 6-year-old South Carolina girl has been found dead three days after she vanished outside her home.

The death of first-grader Faye Swetlik is being treated as a homicide. https://t.co/yJmj6HYG8t

Editors Note: This article was originally published on February 12, 2020. It was updated on February 13, 2020, at 12:25 p.m., after authorities announced they were searching for two vehicles in connection with the missing child.

While officers are still looking for 6-year-old Faye Marie Swetlik after disappearing on Monday, investigators stated they have no evidence that Swetlik was kidnapped from her neighborhood. That being said, authorities have not ruled out that the girl decided to walk away from her home or was harmed by someone she knows.

On Wednesday, police released a video of the girl getting off her school bus. Though she arrived home safely, her family said she went missing soon after and called 911 after looking for her for an hour.

Authorities have yet to issue an Amber Alert since there is no evidence that the girl was abducted. However, authorities noted they are now searching for two-vehicle last seen in the Swetlik neighborhood around the time of the girl disappearance.

The FBI has officially joined a search for a missing South Carolina 6-year-old girl. According to federal agents, they are part of a larger group of over 250 law enforcement officers that are trying to find 6-year-old Faye Marie Swetlik. Several FBI agents are now going door-to-door asking questions to neighbors and searching around the family’s home.

According to law enforcement agencies, the six-year-old was last seen around 3:44 p.m. on Monday playing in her front yard at Londonderry Lane in Cayce, off Highway 302 in Churchill Heights neighborhood. Officer noted the girl got off her school bus after coming from Springdale Elementary school and then began to play in front of her home. However, they are not sure of what happened next.

Cayce Department of Public Safety Chief Byron Snellgrove stated Faye’s mother was home at the time of the disappearance. He noted his investigators have spoken to the father, mother, and the mother’s boyfriend and are all being cooperative. All known family members have also been contacted by authorities but have not seen the child.

She has now entered into the National Crime Information Center database as missing. The chief was asked if there was evidence of a possible abduction, to which he responded, ?not at this time, it doesn’t appear to be.? He also noted that at this point the case doesn’t meet qualifications for an Amber Alert.

Police officers noted the parents don’t know what happened to the first-grader and investigators haven’t ruled out any possibilities, including that the girl could have simply just walked away. Nevertheless, the parents are anxiously waiting for her to return home. The chief reassured that his officers were going to follow every lead until ?they?re exhausted.”

A photo released by law enforcement shows the girl right before she exited her school bus on Monday, including the clothes she was wearing at the time of her disappearance. She was reported missing an hour and 15 minutes later, around 5 in the afternoon. Residents with ring door bells or any security cameras outside their home are asked to check the video feed for any information about Swetlik.

Faye is described as a white female who is 3 ft 10 in tall and weighs 65 lbs. She has blue eyes and shoulder-length strawberry blonde hair. She was last seen wearing a flower print skirt, black shirt with neon colors, and polka dot boots. Authorities created a special hotline you can call at 803-205-444. People can also call the Cayce Department of Public Safety at 803-794-0456 or Investigator W. Dougall at 803-550-9535.