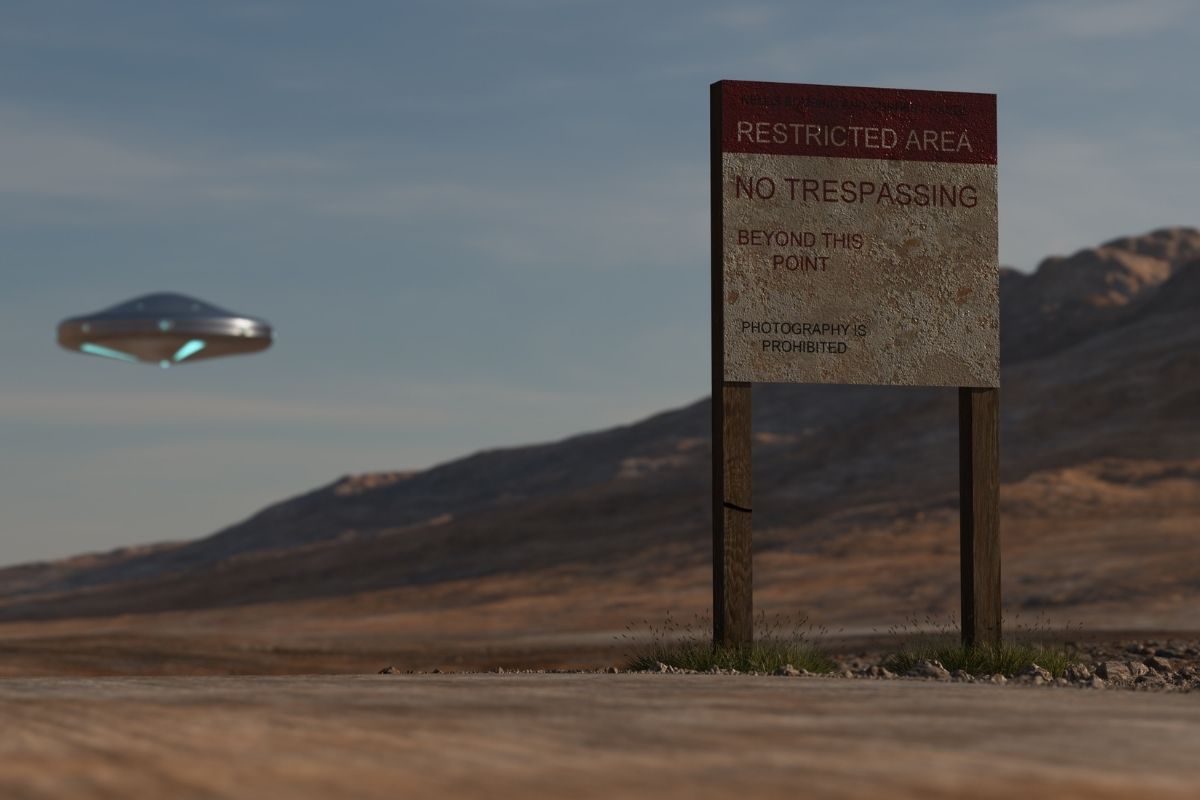 It’s a bird, it’s a plane, it’s….ALIENS!? Quick question, do you believe in aliens? I do, I think the universe is way too big for us to be alone in it. Plus we’ve seen a lot of alien sightings and UFOs for us to just still be skeptical about. Who knows, maybe aliens are now disguising themselves as humans wandering around Earth just waiting for the perfect moment to pop up. If there is anything 2020 has taught me, it’s that anything is possible. So who knows, maybe this will be the year they officially say hi. Especially after reading this story.

Turns out an American Airlines pilot saw what he described as a long cylindrical object zooming over the jetliner that he was flying to Phoenix in the skies above New Mexico. Not only that, but the FBI said it’s aware of the incident and the Pentagon revealed that the military wasn’t conducting any test in the area that day. So, yes, you know that is a legit UFO.

According to the recording of the transitions, one of the flight crew pilots on American flight 229 to air traffic controllers is heard saying, “Do you have any targets up here?” He continued, “We just had something go right over the top of us that — I hate to say this — looked like a long, cylindrical object that almost looked like a cruise-missile type of thing moving really fast that went right over the top of us.”

American Airlines confirmed the air traffic control radio transmission from the American Airlines Flight 2292 which was heading from Cincinnati’s Airport to Phoenix. The airline referred the additional questions to the FBI which stated that they were aware of the close encounter. Through a statement by spokesperson Frank Connor of the FBI field office located in Albuquerque New Mexico, the FBI stated, “While our policy is to neither confirm nor deny investigations, the FBI works continuously with our federal, state, local, and tribal partners to share intelligence and protect the public. Anyone who is aware of suspicious or criminal activity should contact their local law enforcement agency or the FBI.”

Now is NOT the year.

The Federal Aviation Administration, FAA, stated that the pilot reported the unidentified flying object sighting over New Mexico around noon on Sunday. The agency noted that air traffic controllers did not see any objects in the area on the radarscopes. A Pentagon also revealed that the reported sighting happened around 400 miles away from the Army’s White Sands Missile Range in New Mexico.

Not only that, but the Defense Advanced Research Projects Agency, also known as DARPA, the US Strategic Command, and the Missile Defense Agency did not conduct any tests from the missile range that day. So yeah, you KNOW the “mysterious object” was aliens. Do with this information as you wish. Be right back, going to pull a Mel Gibson and Joaquin Phoenix and put foil on my head to stop the aliens from reading my mind.