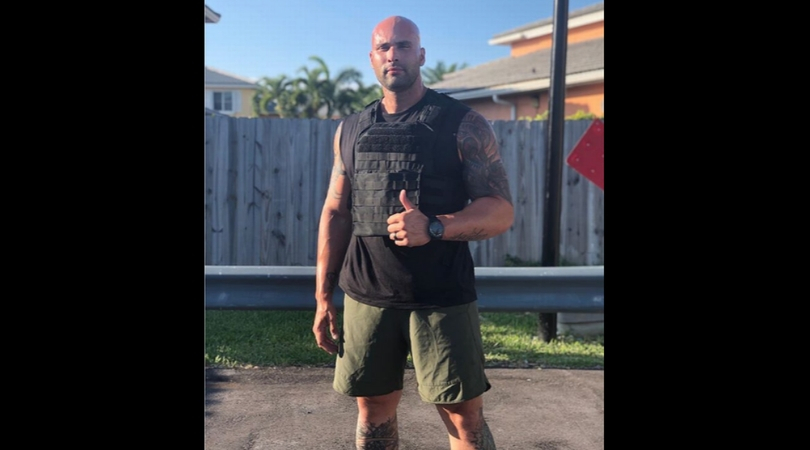 A Hialeah police Sergeant was arrested by FBI agents at the city’s Police Department in connection with allegations he sexually assaulted and threatened four girls and women while he was on duty. 32-year-old police Sergeant Jesus Menocal Jr. was relieved of Duty early this year, and was taken into federal custody and is expected to have his first appearance in federal court in Miami.

According to law enforcement, the veteran police officer survived an investigation by the Miami-Dade State Attorney’s Office in 2016 when prosecutors had declined to file any sexual battery and false imprisonment charges against in. But the FBI’s public Integrity Squad took it upon themselves to conduct their own investigation which focused on whether he used his authority as a police officer to pressure the girls and women into having sex with him.

A few weeks ago, my colleagues @NickNehamas, @jayhweaver and I reported that numerous girls + women had accused a Hialeah police sergeant of sexual assault. This morning, the FBI arrested him. https://t.co/icfMmTLi4y

It is still unclear what federal charges he is now facing, but it is possible that he will be charged with violating the civil rights of the accusers. A spokesman for the Hialeah police department, Edith Rodriguez, released a brief statement saying that the department is working hand-in-hand and is in full cooperation with the Federal Bureau of Investigation which has led to his arrest.

Menocal’s former defense attorneys, Michael Cornely, and Douglas Hartman, declined to comment on the situation, saying that they had not been in touch with him yet. In 2015, four women and a girl accused the officer of sexual abuse, including a teenager who said he forced her to perform oral sex on him when she was only 14-years-old. The girl stated that since he was a cop she didn’t want to get in trouble.

After facing a lot of pressure to answer questions about the accusations, last month Hialeah police chief Sergio Velázquez announced that a Federal Department of Justice investigation qA underway and that there was an official Internal Affairs investigation into the allegations against Menocal. As far as Menocla himself, he has denied any wrongdoing. What specific charges he could face have not been stated, but he could possibly be charged with violating the civil rights of his accusers. Menocal Jr. is the son of former Sweetwater police chief Jesus Menocal Sr. who retired back in 2015.