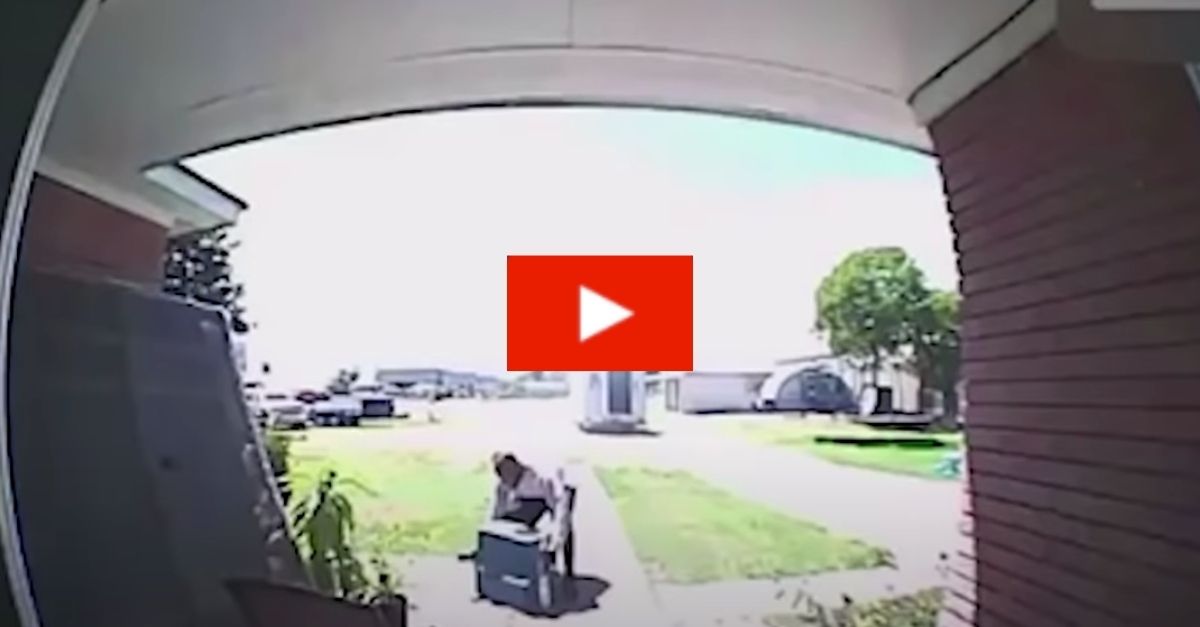 I get that COVID-19 is scaring the absolute crap out of everyone, and that people are taking extra precautions because life demands that they still need to work despite the non-ideal conditions. However, there are always ways to go about situations like these, and Fedex is going to need to take some appropriate action with making sure their employees are well-equipped.

In Freeport, Texas, a Ring doorbell camera caught a depressing interaction between a Fedex driver and an 89-year-old man who had fallen on his porch. According to Maria Kouches, the man’s daughter, her father has dementia and issues with his legs, and she thinks that his legs gave out from underneath him while trying to go back inside the house. When the elderly man had fallen, the Fedex delivery driver saw Kouches’ father just 15 minutes after the fall while dropping off a package at the family’s house.

The video shows the delivery driver walking up to the front porch and dropping off the package right in front of where the older man had fallen, which was right in front of the front door. Instead of even asking about the elderly man’s well-being, the delivery driver walks off, to which the old man finally asks, “Hello, help, please. I need to get up.”

The Texas Fedex driver responds with, ” I can’t do that, boss,” and proceeds to continue about his way, closing up his truck and finishing his route. According to Storyful, Kouches even understood the driver’s perspective by explaining on a Facebook post how he could have rang, “the doorbell or [called] 911!” Luckily, her father is doing okay and she’s thankful that many were concerned.

Fedex gave the following response to the incident, stating, “We extend our thoughts and concerns for the well-being of the person depicted in this video. The safety of our team members and customers in the communities that we serve is our highest priority.”

They also explained that they will be “reviewing the circumstances behind this incident and will take the appropriate action.” Well, I certainly hope so. This driver could have easily done anything else to help the old man if he was scared about the transmission of the coronavirus. Kouches was right that he could’ve rang the house doorbell, or even called 911 if he didn’t feel safe approaching the old man. How does it make any sense to leave an old man helpless on the floor, especially outside in the Texas heat?

Make sure your employees know how to handle situations Fedex. This is unacceptable and sloppy. I’m just thankful Kouches’ father is okay.