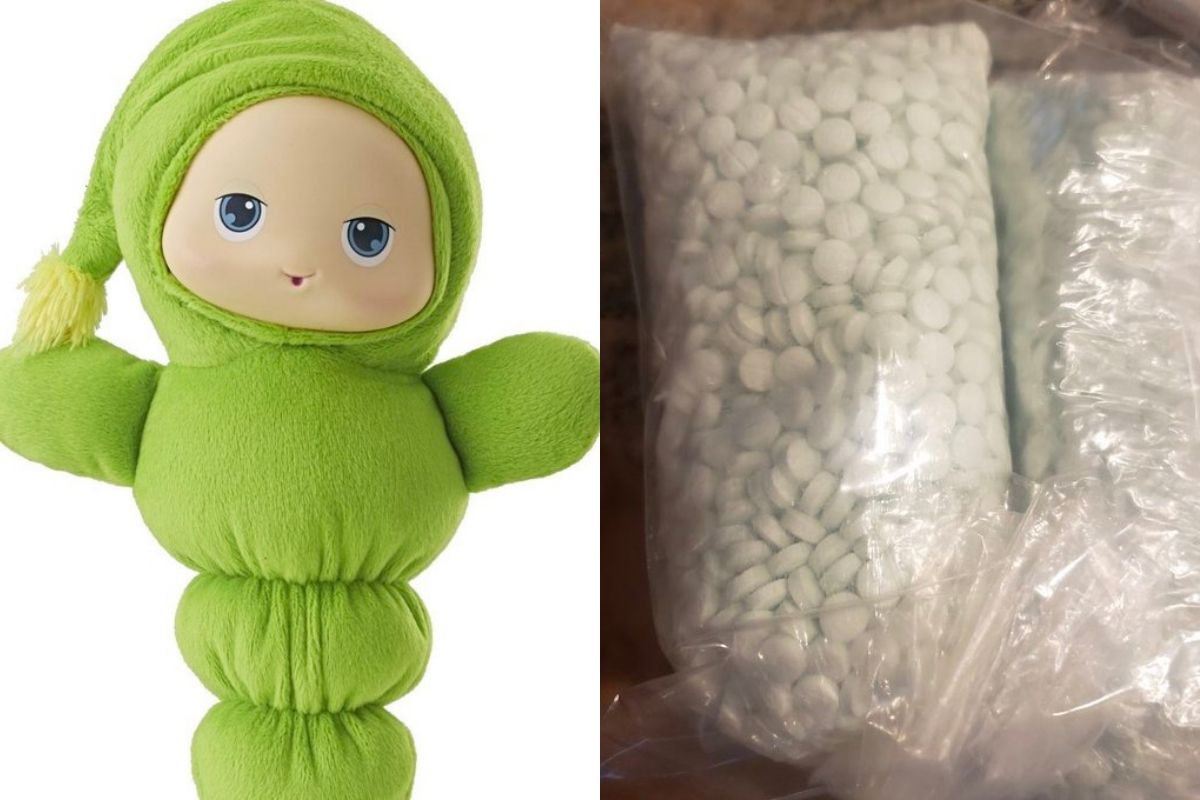 This news story out of Phoenix, Arizona sounds like the pilot episode of a Breaking Bad knock-off. At an unnamed thrift store in El Mirage, Arizona, parents purchased a Glo Worm toy for their daughter… and found a mega-stash of opioids hidden inside, no doubt worth a fortune on the street. Phoenix Police police tweeted about the bizarre discovery, confirming that the Glo Worm was stuffed with what is believed to be Fentanyl pills. 5,000 of them!

Parents purchased a glow worm at a thrift store in El Mirage for their daughter and found a sandwich bag with over 5,000 pills believed to be fentanyl inside. They called #phoenixpolice and gave the dangerous drugs to officers. Remember to inspect all opened and used items. pic.twitter.com/hRLEuZpXfS

Phoenix Police posted about the intercepted drug heist on social media, warning people to inspect anything purchased at a thrift store. The 5,000 pills had been stuffed into a sandwich bag and stashed away inside the seemingly innocent kiddie toy. The Phoenix Police are now encouraging everyone to thoroughly inspect all second-hand items they purchase.

According to Nexstar Media Wire, the Glo Worm product lights up and plays music when squeezed. So had the couple not opened to remove those electronics before washing, the consequences for their young daughter could have been deadly. Even touching Fentanyl has been implicated in overdoses among officers handling evidence.

The Dangers of Fentanyl

The opioid epidemic that’s currently ravaging our country has traceable roots. First, there was an onslaught of excessive prescriptions written for pain killers. Once addicted, those hooked on various pills move onto harder drugs like heroin. This familiar tale found significant media coverage as members of the OxyContin empire, like the Sackler family, began facing FDA restrictions — and significant lawsuits — in 2018. But lawmakers in congress waited too long to challenge the killer pipeline that was being constructed.

The deadly wave of ODs has worsened over the past few years, as synthetic opioids like fentanyl have become a reliably cheap alternative to more concentrated drugs. For example, cutting a batch of heroin with fentanyl can have an intensifying effect for a little extra cost. Of course, the real cost of that choice is human lives. Fentanyl is so strong — 100 times more potent than morphine — that just a tad too much can easily kill a drug user. It’s also dirt cheap. As you can see in the chart below, provided by the CDC, it’s primarily the proliferation of synthetic opioids that make up the recent spike of lethal overdoses.

The CDC lists deaths involving synthetic opioids as the cause of 36,000 in 2019. Information about 2020 fatalities is still forthcoming, but overdoses have apparently spiked throughout the Coronavirus pandemic.