Menu
Follow us
Search
Menu
Search
A woman in the Miami Beach, Fla. Gay Pride Parade wears a pride flag under her weddng gown, Sunday, April 14, 2014. It is a two-day event that features a beach party along with a festival and parade with more than 125 LGBT-friendly vendors and businesses, celebrities, musical performances, refreshments, food and a family-friendly play area. Coming into its sixth year, Miami Beach Gay Pride has grown into the largest, two-day event of the entire year in Miami Beach. (AP Photo/J Pat Carter)

Discriminating against LGBT and unmarried Americans is going to come with far fewer consequences if the  “First Amendment Defense Act” becomes law.

The bill, which failed in the Republican-controlled House of Representatives in 2015, will be re-introduced by Senator Ted Cruz (R-TX) and Senator Mike Lee (R-UT) in the Senate. Supporters are optimistic that, with Republican majorities across the board, the bill will become law this time. Attorney General Jeff Sessions says he, too, supports the bill, saying the government “can, and should, protect the rights of all citizens — including LGBT individuals and those with traditional views of marriage,”

RELATED: Here’s everything gay advocates think is wrong with the Republican Party’s platform

The First Amendment Defense Act protects discrimination and denial of service on two criteria: the belief that marriage is strictly defined as existing between a man and a woman, and the belief that sexual relations are “properly reserved” to such a marriage.

Under the bill, the federal government is prohibited from imposing consequences of any kind on Americans who discriminate against other Americans on the basis of the above criteria. The law would apply to almost every business and service provider, including landlords, employers and healthcare providers.

Supporters say the bill is “necessary” to protect Americans from “discrimination” that results from “continuing to live out their religious and moral convictions about marriage” in the wake of Obergefell v. Hodges, the 2015 Supreme Court decision that forbade a state from denying the right to marry to, or failing to recognize an existing marriage between, a gay or lesbian couple.

In that decision, the Supreme Court ruled on 14th Amendment (Equal Protection) grounds, saying that barring gay or lesbian couples from marrying was a violation of their rights. 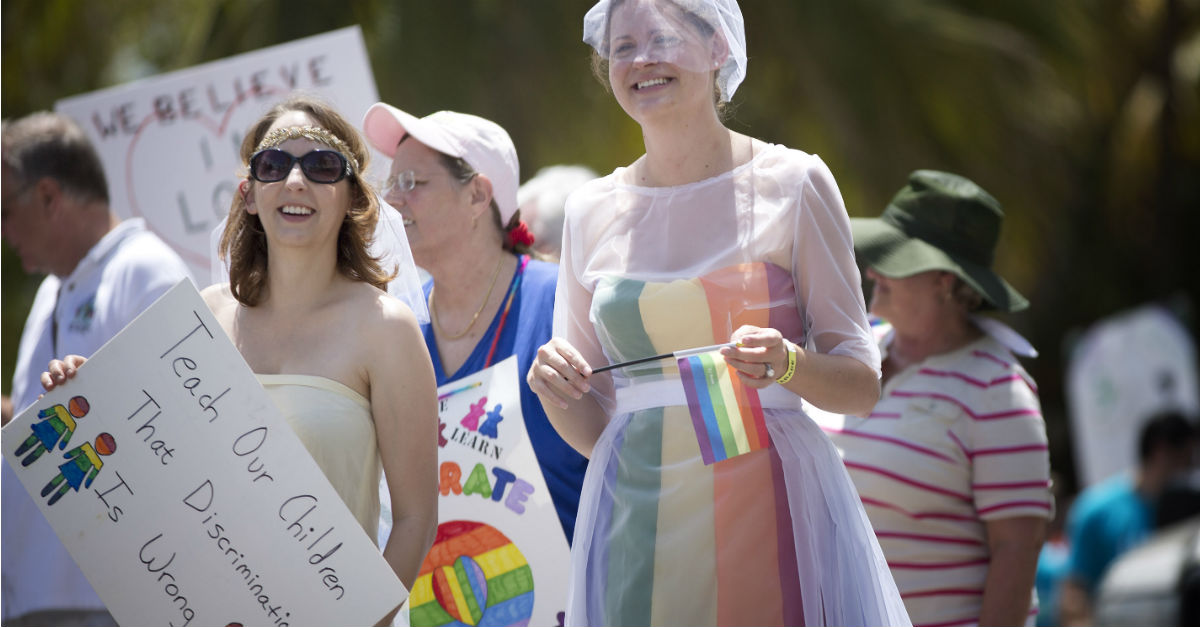