Snow shoveling is a pain in the ass. You’re expected to grab a shovel and remove tons of white bullshit out of your driveway without breaking your back while the thermometer hovers below 32 degrees. It’s no fun. Some people claim to love the chore while others opt for snowblowers or paying the neighborhood kids a few bucks to shovel the drive. But not this guy. No, this Virginia man was using his brain during a snowstorm, and by golly it’s ingenious.

Meet Nathanael Caplinger. He lives in the small town of Amherst, Virginia and hates to shovel snow according to ABC affiliate WSET. One day while flipping through a magazine he noticed an advertisement for a flamethrower and how it was promoting itself as the perfect way to clear snow.

After checking with state and local laws, Nathanael bought himself a flamethrower and waited for the next big snowstorm to try out his new toy.

Fired up about snow removal. pic.twitter.com/fOrhVohCvE

The video (which is totally badass) shows Nathanael casually melting the snow off his driveway with a handheld flamethrower. He shares that people using flamethrowers should make sure there are no flammables nearby and should hang around the area for about a half-hour after use to make sure nothing reignites. And while using a flamethrower makes for easy snow removal, Public safety officials share that it isn’t for everyone. People interested in using fire-breathing weaponry should check with their local laws before lighting up in your front yard.

Redditors point out that while it might be really cool to say you’ve cleared your driveway with fire, using a flamethrower to remove snow is costly and can actually turn your snow into dangerous black ice. Redditor KahBhume explains that you could get around 17 feet per gallon of gasoline, making it cost a lot more to get rid of snow than using a shovel.

Other Redditors have shared that depending on the temperature, a flamethrower could melt the snow which can refreeze into a solid sheet of dangerous ice.

Interested in buying your own? This Propane De-Icer Torch is a little less extreme than the flamethrower Nathanael used.

Watch: How to Make a DIY PVC Fishing Rod Holder for Your Truck 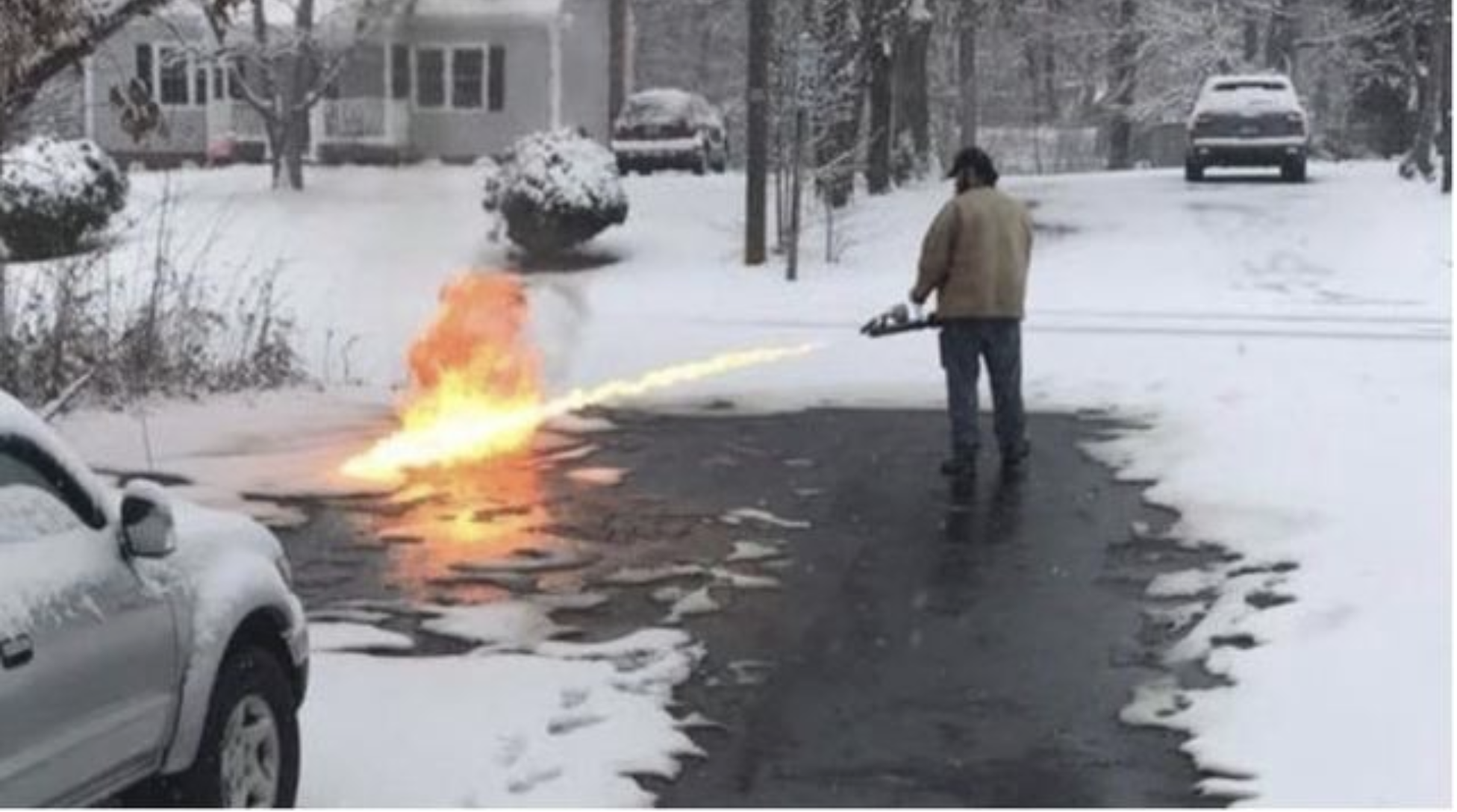