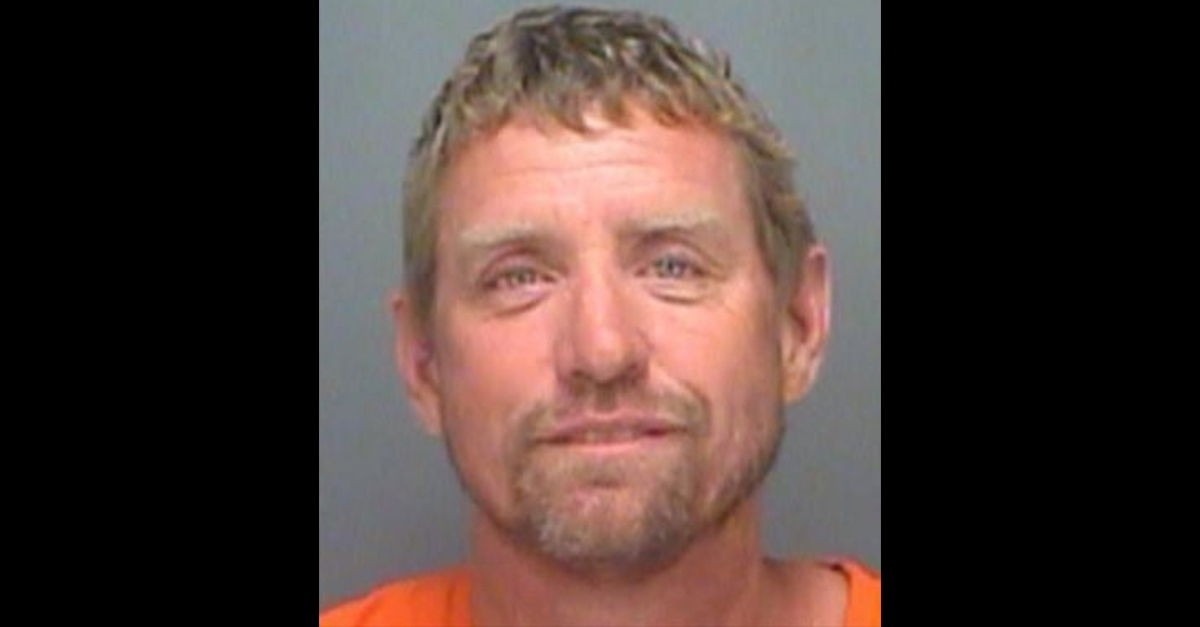 A Pinellas County, Florida man is facing charges of simple battery and disorderly conduct for drunkenly harassing a child for wearing a mask and then spitting on the kid and telling him that, “You now have coronavirus.”

47-year-old Jason Copenhaver walked up to a little boy at Ricky T’s in Treasure Island and told him to take off the mask he was wearing. Copenhaver, who was intoxicated, then asked the boy if he could shake his hand. When the boy (very smartly) refused this request Copenhaver grabbed the boy’s arm and got close enough to the child that spit landed on his face. It was then that Copenhaver told the frightened boy, “You now have coronavirus.”

After his confrontation with the boy Copenhaver went to the bar area of the restaurant where a worker instructed him to sit. Copenhaver, who was also not wearing shoes, approached the employee and twice tried to assault him.

The Ricky T’s employee then took physical control of Copenhaver and dragged him outside where he then restrained Copenhaver on the ground until police arrived.

Copenhaver told police that he doesn’t actually know if he has the virus or not.

1. Buy this little boy all the ice cream and fire trucks he wants. He should be throwing out a first pitch at a minor league baseball game next season. Sheesh. And props to the kid for knowing not to touch a drunk, creepy stranger when they ask. Poor kid was probably all excited to eat some chicken tenders and had his day completely ruined.

2. Quick question, though… where were the parents? This boy sort of sounds like he was all alone. It feels like someone probably should’ve cracked a plate or a bottle of Landshark over this guy’s head as soon as he grabbed the little boy. Kind of an odd detail left out of this story.