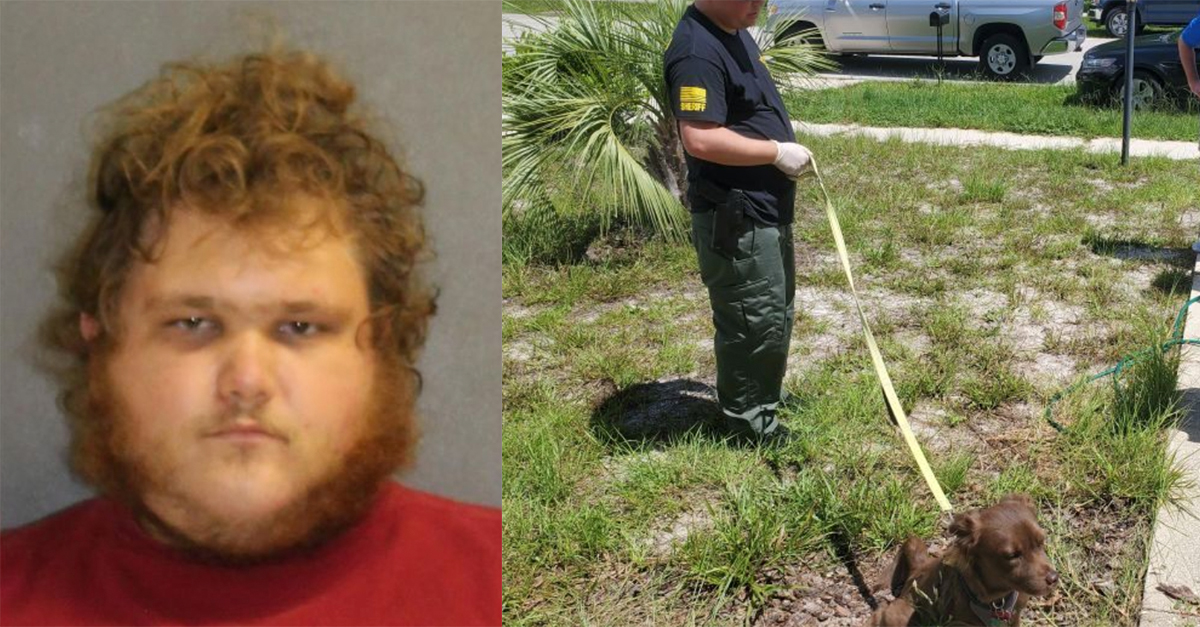 The Volusia County Sheriff’s Office arrested 20-year-old Joshua Jobe of Volusia County, Florida after recovering Jobe’s phone from the scene of a robbery and ultimately finding 1,400 images of child pornography as well as a video of him sexually abusing a small dog on the device. Officers also found conversations on the phone in which Jobe talked about his desire to rape children and babies and boasting of having access to children with which he could have sexual contact.

Fortunately, however, there is no evidence to suggest that Jobe has actually had sexual contact with any minors of any age. Authorities added, though, that if any person has any evidence or information to the contrary to please contact the Child Exploitation Unit at 386-323-3574.

Meanwhile, the poor dog that was allegedly sexually abused by Jobe, which belongs to Jobe’s family, has been removed from the Jobe family’s home and is being cared for. This is, as it would happen, actually the second time Jobe has been caught sexually abusing his family’s dog. The first instance, which occurred in 2016, happened with a different dog that no longer belongs to the Jobe family. That family pet was ultimately taken into custody by Animal Services.

Along with the charges and information on Jobe’s crimes, Volusia County Sheriff’s Deputies made sure to point out that Jobe has autism and operates at a mental capacity younger than his actual age.

Regardless, Jobe is currently being held without bond.