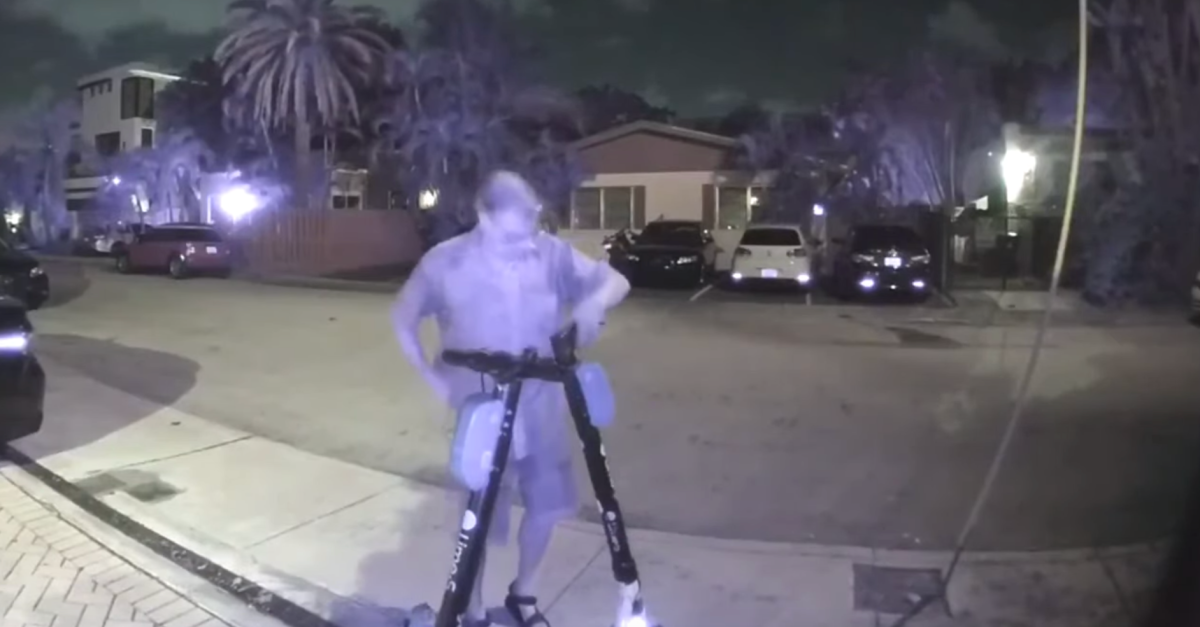 A Florida man who apparently hates electric scooters so much that he wants everyone who uses them to die violently while riding the “micro-transportation devices” (*pukes*) was caught on video cutting the brake lines of multiple Lime scooters.

Fort Lauderdale Police arrested 59-year-old Randall Williams after he was captured on a Ring doorbell camera sabotaging the brake lines of a couple of scooters that had been left on the sidewalk overnight.

Williams has been charged with criminal mischief, which is a third-degree felony. He was released after posting a $500 bond, which feels a little low for trying to horrifically maim strangers. Especially since, according to police, Williams has been linked to at least twenty other scooter vandalizations.

Do these eScooters suck? Yes. They’re way more unsafe than people care to talk about, for one. Even when they’re fully operational. I personally have eaten a big shit sandwich on one because I took my eye off the sidewalk immediately in front of me for roughly three seconds. It’s a miracle my brains weren’t leaking out for the world to see.

The general animosity towards eScooters is understandable. The attempts to hurt and maim people? Not so much. It’s actually, uh, pretty sick. People riding eScooters are on or near the road and completely unprotected. Not being able to stop pretty much ensures serious injury or worse. Not to mention potentially inadvertently causing some random, innocent motorist to have blood on their hands.

So, really, it’s actually absurd that this man was let off with such a small bond. Hopefully courts aren’t as forgiving during his trial. What’s the punishment for cutting the brakes on someone’s car? This lunatic could’ve killed someone. Just because he doesn’t like scooters. I don’t like bicycles but you don’t see me swerving over into their lane and putting their throats under my tires. You just… deal with it. You ass.