Man Burned After Girlfriend Assaults Him with Hot Pizza 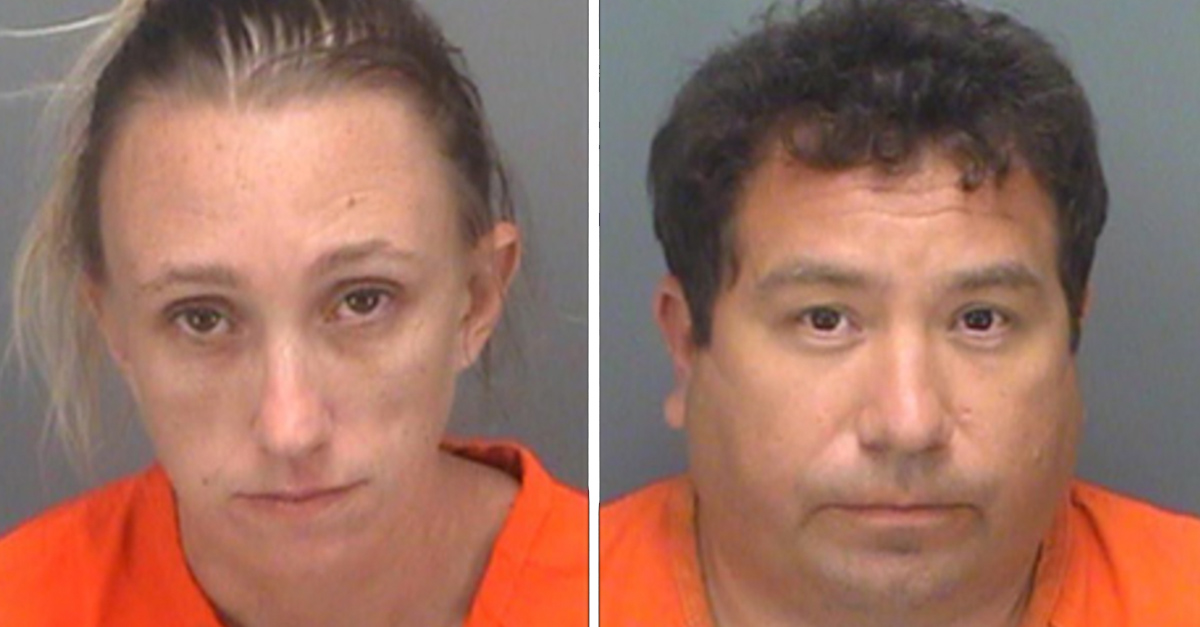 A Florida man suffered a minor burn on his hand after his girlfriend pulled a pizza out of their oven and threw it at him, the cheesy assault being the culmination of an hours-long fight between the two that left one of them hungry and the other enraged.

37-year-old Robert Ybarra and 32-year-old Becky Bartlett had spent hours arguing before Ybarra opted to leave their St. Petersburg, Florida residence to let the situation diffuse. Ybarra came back at around 3 a.m. and decided to cook himself a pizza.

The pizza hit Ybarra and burned his hand. When police arrived they observed a visible injury on Ybarra’s hand — hot pizza cheese burns are no joke as the roofs of many a mouth can attest — and pizza on his clothes. Bartlett was arrested for misdemeanor domestic battery and later released on her own recognizance. A judge has, in the meantime, barred her from having any contact with Ybarra.

Avoiding the man she burned with molten cheese should not be a problem for Bartlett, however, because Ybarra himself was arrested during the incident. Police decided to run Ybarra’s info when they responded to the domestic battery incident and found out that he had a warrant out for his arrest in Colorado for a felony marijuana distribution charge from 2016. Apparently Ybarra skipped out on a $50,000 bail and eventually ended up in Florida.

Now Ybarra is being held in the Pinellas County jail in Clearwater, Florida without bond.

Watch: Man in Court for Having Sex with a Pig