The Father of the year award is definitely not going to John Bloodsworth. Turns out, the Florida man thought it would be hilarious to literally throw his son into the Atlantic ocean and yell at him to swim! All before deciding to leave the child there and walk away from him to mend for himself.

According to authorities, witnesses told police that they saw Bloodsworth’s 5-year-old son struggling in the water off Daytona Beach. Bloodworth was rapidly jumping off the Main Street Pier, which is illegal. Mitch Brown, who witnessed the incident and is a former Georgia State Trooper, said he went down to the Daytona Beach pier and confronted the man since he saw how scared the boy was, especially since he was in a deep part of the ocean. Fed up, the former trooper then physically took the father to a nearby Daytona Beach Police officer, who immediately placed him under arrest.

.#daytonabeach man accused of throwing 5 y/o boy in ocean & leaving him there, to teach him to swim. @VolusiaBeach officers arrested John Bloodsworth, who they say was drunk, at Main Street Pier. Witnesses say child cried & struggled while suspect repeatedly jumped off pier. pic.twitter.com/as1nCr3T9c

According to WESH, Bloodsworth told the officer that he was just trying to teach his son, a little kid, how to swim, adding that he was basically going to jail for “being awesome.” If being awesome means putting your child at risk of drowning and yelling at him to swim, then there seriously has to be something wrong with you. I’m gonna go ahead and guess that this man was mixing alcohol and drugs at the same time and had no role models growing up. Because this is just plain dumb. The last thing beachgoers want to see is a child drown.

Authorities charged Bloodsworth with child abuse and disorderly intoxication in public and was bonded out of Volusia County jail after a few hours. Which is kind of disappointing. Keep the man in jail.

Editor’s note: This article was originally published on July 17, 2019.

Watch: hank God For These People Rescuing Dogs That Were Left to Drown 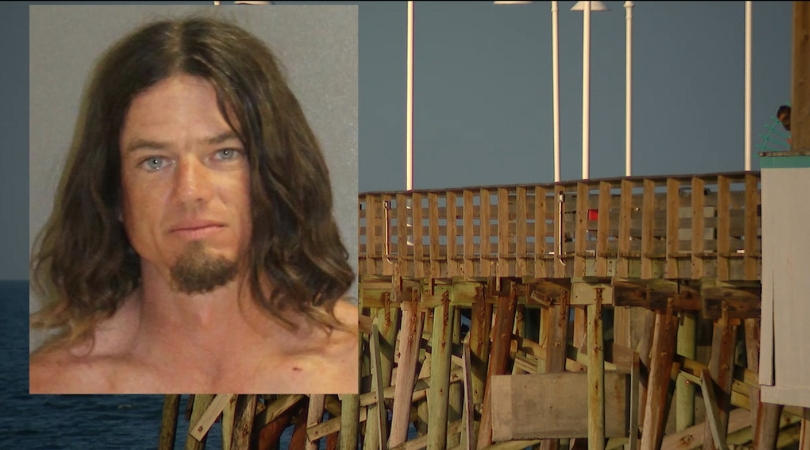