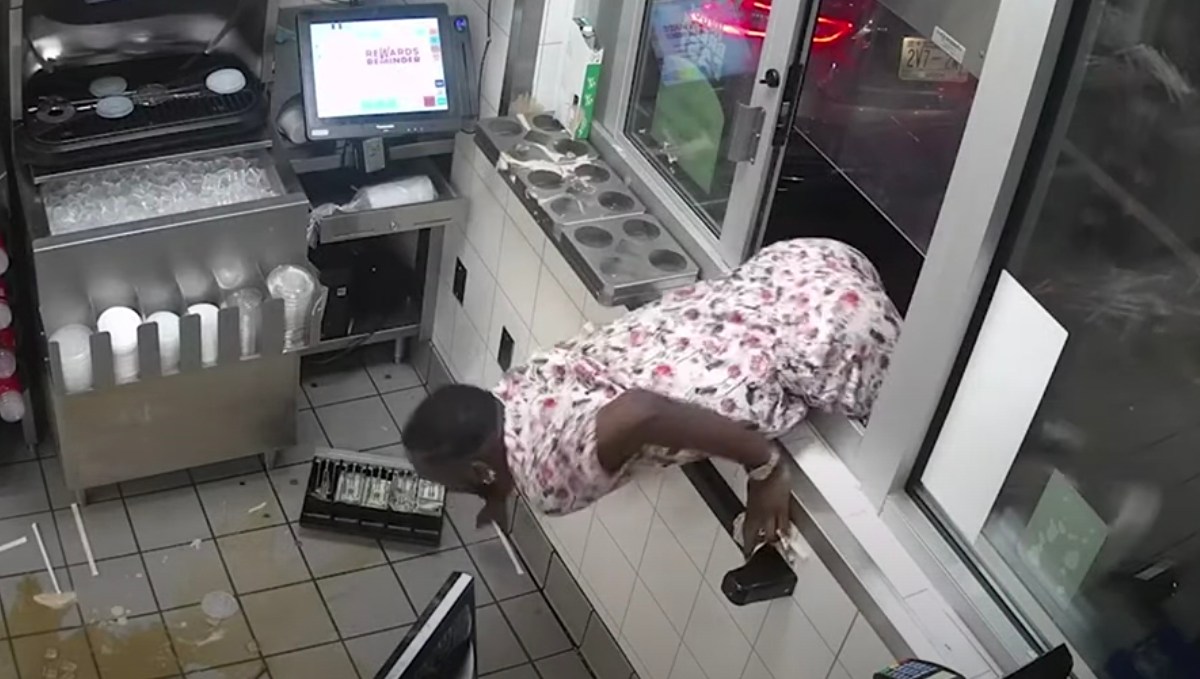 A Florida man who has likely eaten his last Frosty was captured on security camera jumping through a Wendy’s drive-thru window and proceeding to just kind of go fully nuts.

26-year-old Kelvin Barnes was seen on security footage leaping into a Wendy’s drive-thru window in Tampa, Florida grabbing items and throwing them on the ground, spilling a soda, and then trying to grab cash from the register. Employees rushed to the window to close it and then Barnes’ car drove off. Authorities were able to identify Barnes from his vehicle, a 2020 Nissan Maxima rental car with a Tennessee license plate.

According to the Hillsborough County Sheriff’s Office the incident began when a car filled with people became belligerent after they placed their order in the drive-thru line. It was then that Barnes jumped through the window and began his horizontal rampage.

1. Love the man-romper that Barnes is wearing. Seriously. I would party REAL HARD wearing that bad boy. That’s the sort of thing you wear when you’re looking to get into all kinds of shenanigans, which Barnes clearly did.

2. Which brings me to point number two: this was obviously a car full of drunk people. You don’t wear what Barnes was wearing to have a sober night at the library. That’s what you wear to drink five gallons of margaritas.

3. Working at a Wendy’s (or pretty much any fast food place) after midnight on a weekend has got to be like being in ‘Nam. The only people who understand are the others who were there. And your stories are so insane that they sound like they’re from some horrible alternate reality. But no. They’re all true. Some guy a in floral romper really did jump through the drive-thru window. You did once have to fight off a feral, rabid dog behind the dumpster with scalding hot chili. Just another day in the sh*t, man.