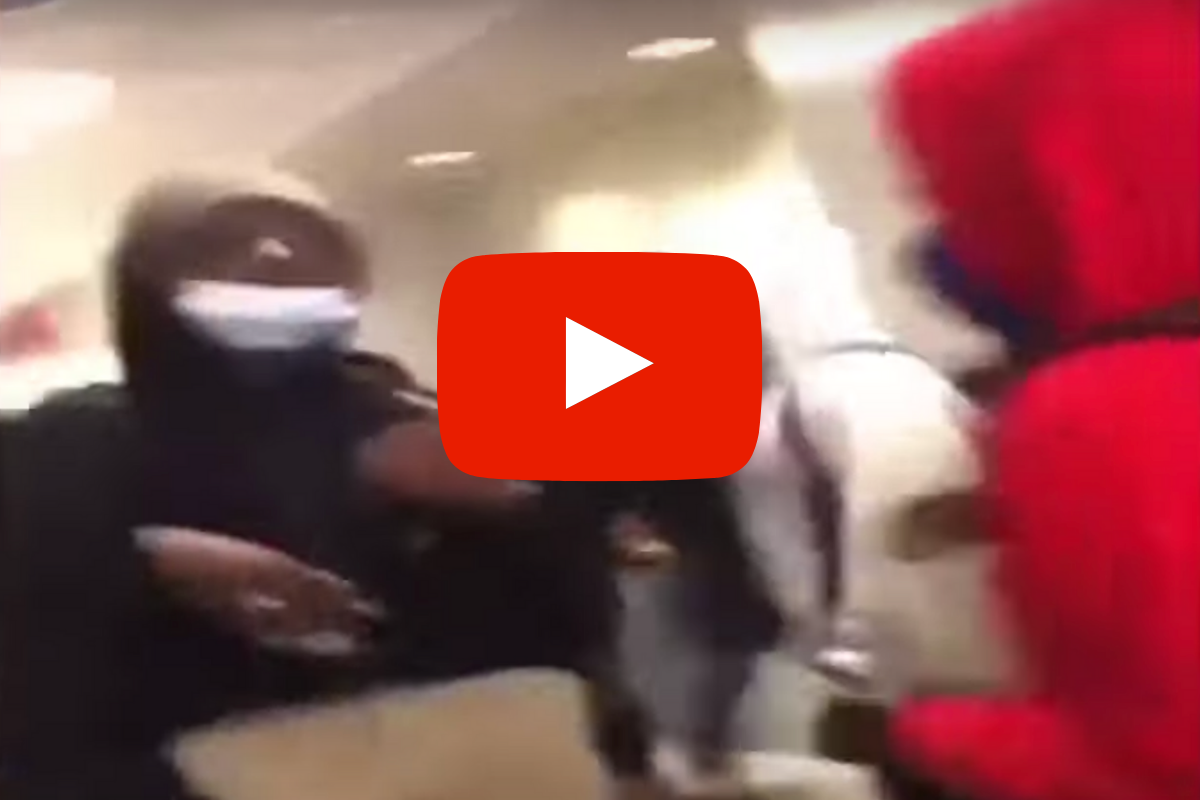 “A living hell.” That’s how 13-year-old Chad Sanford describes his sixth-grade school year at  Deerfield Beach Middle School of Broward Country, Florida. According to the teen, he has been a victim of ceaseless bullying since August because of his sexual orientation.

The most recent homophobic attack occurred last Friday around 2:30 p.m. and was captured on video shared by WPLG Local 10. In the footage from last week, the video shows Sanford seen walking down the hallway at school when an older student slams him to the ground while physically abusing him and hiring homophobic slurs.

“He just stepped on my face, they were kicking and spitting on me and all that was a little clip of the video, the middle school student told WPLG. “They were screaming. They were saying, ‘We got that gay fa***t.’” During the attack, Sanford remained on the ground in a fetal position as students surround him. The teen told NBC News that only one fellow student offered to help.

Sanford says this was not the first time he was targeted by this attacker. “One day he embarrassed me in front of everybody,” Chad told Local10. “He stood on top of the stage and said to me, ‘I’m going to knock the gay out of him.’”

According to Sanford’s aunt, Raquel Showers, the student has been a repeated victim of homophobic attacks and she is worried about his mental health and school safety.

“He wanted to kill himself because they keep bullying him,” Showers said. “So, hearing that, it just makes me cry.” Note that several news outlets have reported that Chad Sanford is a transgender student, however, the teen identifies as gay.

The Broward County Public Schools has not said what kind of disciplinary action the attacker is facing. However, school officials are investigating the incident with the help of the police, though it is unclear if the incident is being investigated as a hate crime.

“The school’s leadership is taking this incident seriously and is working with law enforcement in its investigation,” the school district said in a statement to NBC Miami. “Any students involved will face appropriate school disciplinary consequences in accordance with the codebook for student conduct.”

“When I hear about this, it takes me back to my own issues that I experienced when I was younger,” said Tatiana Williams, who runs an advocacy organization called the Trans Inclusive Group. Williams said what happened at the school to Chad isn’t about agreeing with another person’s choices.

“But I think it’s important that we respect people the way we want to be respected, right?” she said. “It just goes back to human courtesy and human dignity, and making sure parents at home are teaching their kids what to do and what not to do.” Trans kids and gay kids are the most likely to be bullied and attacked, says the director of SAVE, South Florida’s leading LGBTQ rights group.

“And the attacks that have been on them have really increased over the last couple of years, particularly for trans women and trans women of color,” said Orlando Gonzales of SAVE.

Statewide, educators and other staff members report that bullying in elementary, middle, and high school is most often based on a student’s weight, gender, perceived sexual orientation, ethnicity, or disability.  Homophobia plays a large role in the bullying of students who are perceived to be lesbian, gay, bisexual, transgender, gender non-conforming, or those questioning their sexual or gender identity, according to the Florida Education Association.