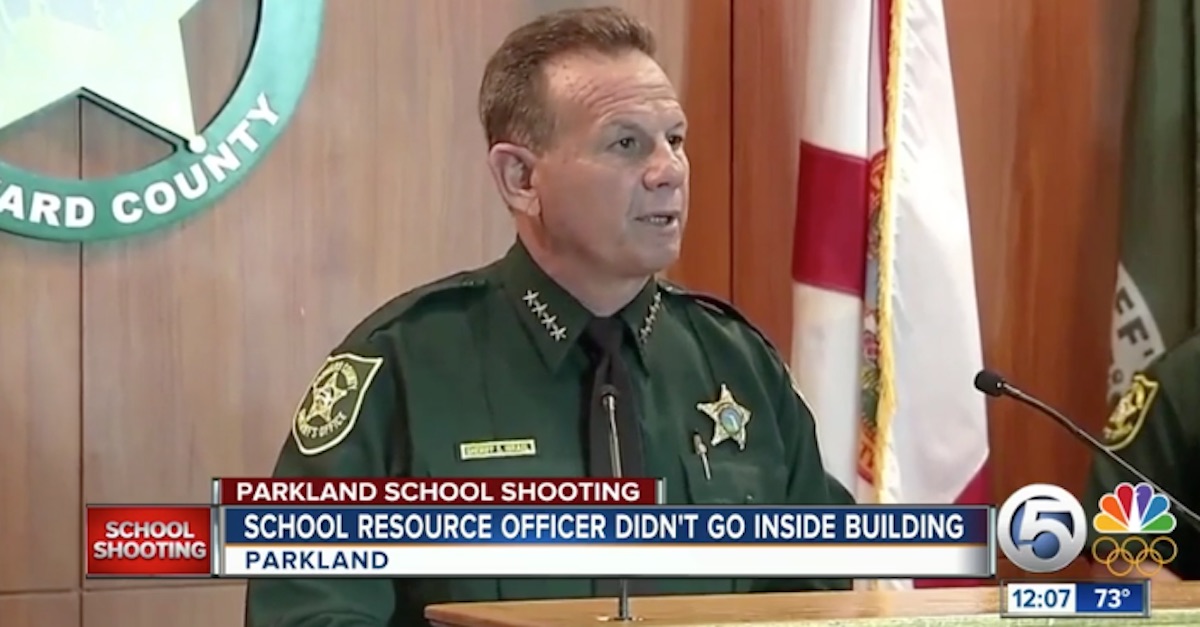 State. Rep. Bill Hager, R-Boca Raton, sent a letter to Gov. Rick Scott on Saturday calling on him to remove Israel for ?neglect and incompetence? over the handling of the Feb. 14 shooting at Marjory Stoneman Douglas High School that left 17 people dead.

Israel said Hager falsely claimed the school resource officer and three other Broward Sheriff deputies were on campus during the shooting and took cover. Deputy Scot Peterson, of suburban Boynton Beach, was the only one on the campus at the time of the attack, Israel wrote in his own letter to Scott.

Peterson resigned Thursday after he was suspended without pay and faced likely termination. An initial investigation showed he was outside the building where the shooting took place but didn?t enter for at least four minutes. Peterson received active shooter training but did not follow protocols, Israel said.

Israel also accused Hager of falsely claiming Broward Sheriff deputies visited Nikolas Cruz?s home 39 times. There were 23 calls for service involving Cruz, who confessed to the shooting, or his family. Eighteen involved Cruz directly, and the rest involved his brother, according to the sheriff.

None of them were offenses that warranted arrest, according to the sheriff. Most were ?routine parenting issues,? such as the brothers fighting or one of them banging pool equipment against the house, according to Israel.

Two encounters are still under review. In a subsequent incident at school, the school resource officer referred Cruz to the Department of Children and Families, and he received mental health counseling, DCF supervision and medication for 2 1/2 months before DCF closed the case, according to the sheriff.

The BSO deputy who handled the call that?s still under internal investigation referred the person who reported the issue to Palm Beach County law enforcement, because Cruz had moved.

Lastly, Israel said Hager was wrong to criticize the sheriff?s office for being under review in the past, specifically after the Fort Lauderdale airport shooting. All police agencies perform self-assessments after any major incident so they know how they can do better, Israel said. The problems to which Hager referred were identified by BSO itself, he said.

The sheriff?s office caught the killer in the Fort Lauderdale Airport attack within 80 seconds of the first shot being fired, Israel said.