The students of America have each other’s backs, and they’re showing it in a powerful way.

RELATED: Canadian artist’s poignant cartoon in the aftermath of the Florida shooting has struck a nerve

In the aftermath of the Feb. 14 shooting at Marjory Stoneman Douglas High School in Parkland, Florida, students all across the nation have joined together to stage walkouts in solidarity. According to CNN, the demonstrations are calling for tighter gun laws and more mental health services. Although protests were seen at schools all across the nation, including in Maryland, Colorado and Minnesota, one of the multiple demonstrations close to the site of the tragedy was especially powerful.

Students Coral Springs High School — less than 6 miles away from Marjory Stoneman Douglas — left their classrooms and formed a giant heart on the school’s football field. The poignant shape, which was captured in its entirety by news helicopters, is especially powerful, considering the massacre — in which 14 students and three faculty members were gunned down — took place on Valentine’s Day.

Students across the US walked out of class to call for change after the mass shooting in Parkland. At a high school in Coral Springs, Florida, they formed a heart shape on the football field. https://t.co/pYiEEp4oKu pic.twitter.com/fI1kgrNcp3

Alexis Rosamond, a Coral Springs High student, holds a sign with pictures of the victims of the #StonemanDouglas shooting, which happened on Valentine’s Day. Rosamond walked about 5 miles as part of the mass school walk-outs this week. pic.twitter.com/CeyfjGZAS3

RELATED: Healing is only just the beginning for Parkland

One Coral Springs student tweeted her pride at the tribute, writing, “So honored to be a part of such an amazing community. The high schools in Coral Springs really came together today. I’ve never seen anything like it,” and adding “#weareDouglasStrong.”

So honored to be apart of such an amazing community. The high schools in Coral Springs really came together today. I’ve never seen anything like it. #weareDouglasStrong

According to the Miami Herald, over 1,000 students from West Boca High School left the building after a moment of silence and joined a march toward Stoneman Douglas, 12 miles from their school, even though they were ordered to remain in class by the school’s administration.

“Most of us got zeros on quizzes today,” said sophomore student Lauren Smith. “I don’t think we should have to do that to make a change, but we do. And it’s important that we do.” 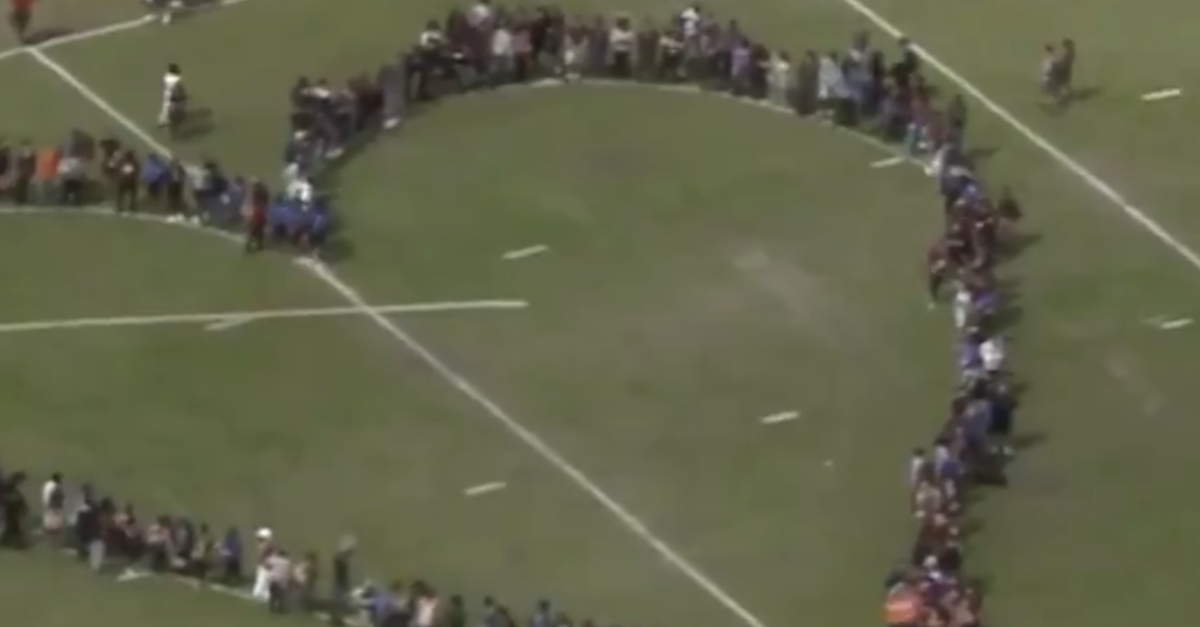