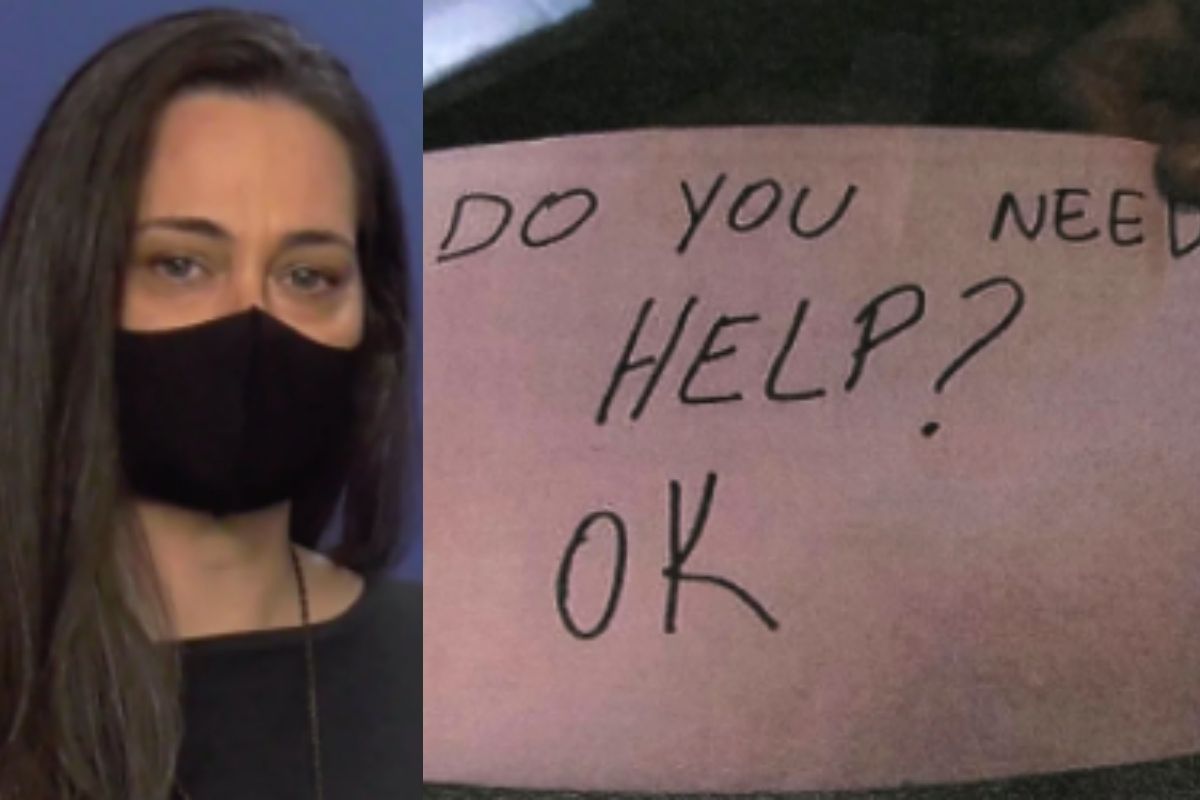 When it comes to judging whether a situation is abusive or not, it never hurts to go with your gut. And for Flavaine Carvalho, a waitress in Orlando, Florida, following her gut saved a little boy.

Carvalho is a waitress at Mrs. Potato restaurant, and on New Year’s Day, she noticed something strange when a family entered the place. When the family ordered food, everyone else got something to eat except for the 11-year-old boy. He was given nothing.

Carvalho asked first if something was wrong with the food, to which the boy’s stepfather, Timothy Wilson II, replied in stating that the boy was going to eat dinner later at home. But then, Carvalho noticed bruises running up the boy’s face and arms and how skinny he was. She told FOX 35, “I could see he had a big scratch between his eyebrows. A couple of minutes later, I saw a bruise on the side of his eye. So I felt there was something really wrong. I could not see the boy going away without any help.”

Thinking quickly, Carvalho wrote a massive note that read, “Do you need help?” and in front of the boy, but behind the parents so that they could not see it. When the boy finally saw her, he nodded, leading Carvalho to call the police. She told the dispatcher, ” “I’m super concerned and I don’t know what to do, can you give me some advice? The boy is with bruises and he’s not eating.”

When police from the Orlando Police Department arrived, the boy was able to tell them that his stepfather has been abusing him. According to the Orlando Sentinel, the boy initially said that the bruises on his face were from falling out of bed and that the ones on his arms were from wrestling with his stepfather. But Detective Erin Lawler said that after Orlando police took him to Arnold Palmer Hospital for Children, the extent of his injuries became clear: bruises covered the side of his face, his eyelid and earlobes were swollen, and the bruises on his arm were so sensitive, it hurt to roll up his sleeves. He was also found 20 pounds underweight.

According to Lawler, the boy had said that he would be tied from his ankles and neck and held upside down from a door in his home and that Wilson would beat him with a wooden broom, a back scratcher, and closed fists. The boy also had been tied to a large moving dolly. Along with Kristen Swann, the child’s mother, the parents would withhold food and make him excessively exercise as punishment.

Although the boy claims the abuse began around Christmas, his injuries say that it had been longer. Wilson was arrested on charges of child abuse and neglect, and Swann was arrested and charged on counts of child neglect since she knew about the abuse but never sought out medical help. Thankfully, the young boy’s 4-year-old sister showed no signs of being abused, and they were removed by the Florida Department of Children and Families.

Thankfully, Carvalho followed her instincts to help the young boy. If you suspect or know anyone that is suffering from any type of abuse, it’s important that you contact your local authorities immediately.