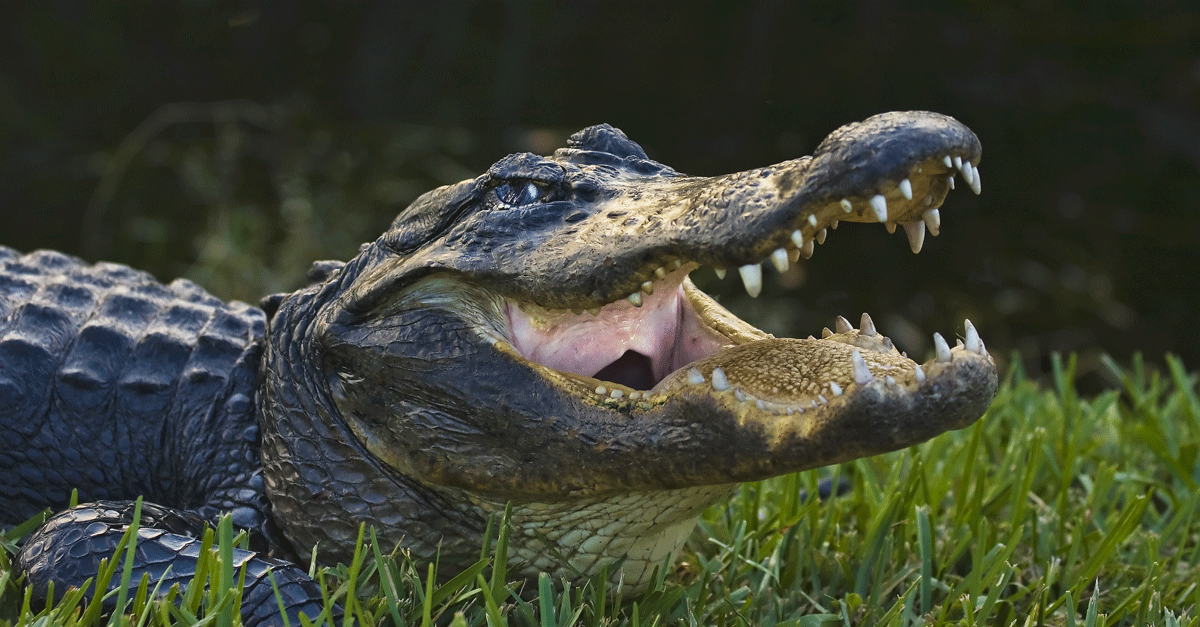 A Florida woman was rushed to the hospital after suffering leg injuries from a surprise alligator attack while she was trimming trees near a lake.

The 27-year-old woman was working near a lake in Fort Myers, Florida when the reportedly 10-foot long predator ambushed her. The woman suffered injuries to both legs and was transported by rescue workers to a Fort Myers area hospital.

Florida Fish and Wildlife authorities contracted an alligator trapper to remove the gator from the lake.

1. Thankfully the woman is okay. That’s the number one thing here.

2. I have no doubt that the whole alligator threat is overblown. I assume if you live in Florida gators are more shrug inducing than anything. Apparently on average Florida only has five unprovoked alligator on human attacks a year.

Still, if I were a Florida resident I wouldn’t hang around any wild-looking body of water without at least a pocket knife, if not a bat with nails sticking out of it and barbed wire wrapped around it. Or maybe a shotgun? You know, something that can expose dinosaur brains to sunlight as quickly as possible.

3. The details of this attack are sparse but I sort of imagine the woman was just standing there and got dragged down to the ground like in every movie ever featuring a scary animal attack on land. Which is pure nightmare fuel. Imagine actually almost dying in the way you’ve seen a thousand times in the movies. It’s also just annoyingly ironic. There are a lot of thoughts you don’t want to have while dying — “Ow,” “Why God!?!” — but I imagine that “You’ve got to be f*cking kidding me” ranks up there.

4. Is living in Florida basically just playing a game of Pitfall, from classic Atari?

Watch: People Are Fertilizing Their House Plants with Period Blood