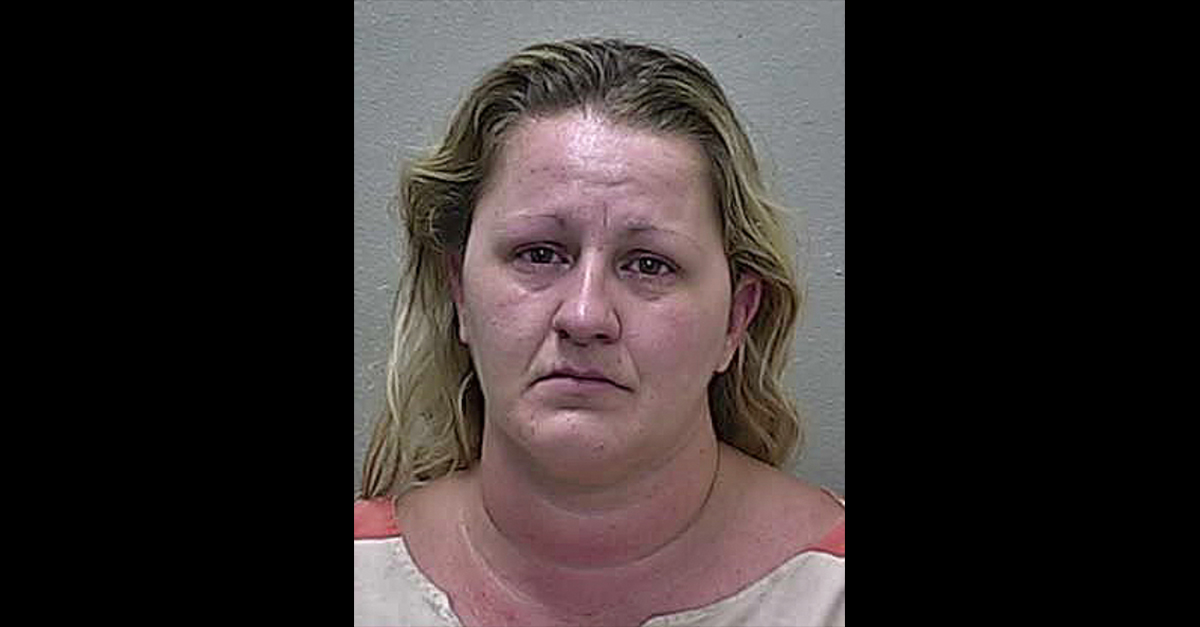 Ocala, Florida resident 36-year-old Danielle Kish Whitt was arrested and booked into the Marion County Jail where she was later released on a $250 bond for simple domestic battery charges stemming from the odd incident.

Finally the victim got in his truck, left and called the police. A Marion County sheriff’s deputy met the victim at his truck a few blocks away from the residence. The officer observed a bruise on the victim’s arm. The officer was also told by the victim that Whitt had hit him several times in the past and that he just wanted Whitt out of the home.

When confronted by the officer Whitt claimed that she was upset with the victim for calling her names and admitted to attacking him first. She said that the victim grabbed the back of her neck after she hit him and so she proceeded to kick him in the groin.

Watch: Woman Beats Her Father Because He Farts Too Much