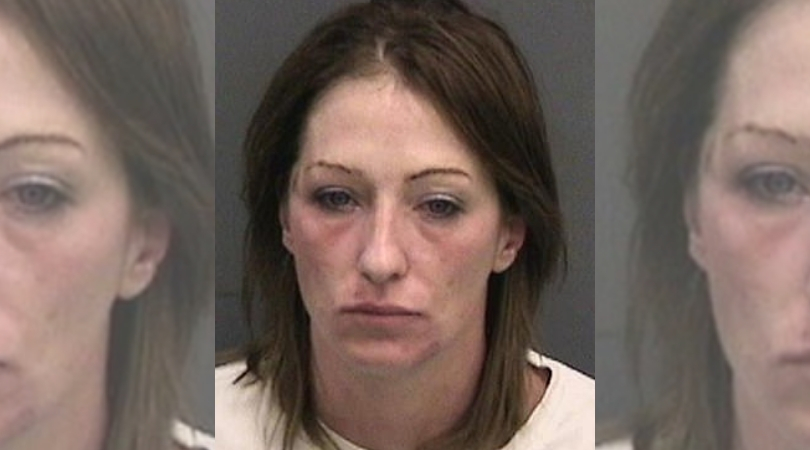 Yikes, someone get this woman some help asap! A Florida woman has received numerous charges after she attempted to build a bomb inside of a Walmart store while she was with her child. According to authorities, 37-year-old Emily Stallard was arrested at a Tampa Walmart after two men stopped her from allegedly lighting up the makeshift bomb. The bomb was made with a candle wick, a mason jar, nails, and denatured alcohol.

Yup, this woman definitely knew what she was doing. Flammable materials and projectiles? Talk about heavy damage. Who knows if she just wanted to blow herself up, or basically everyone around her. Still, pretty scary to think this could actually happen at any store.

Authorities stated a security guard quickly called deputies and Hillsborough Sheriff’s Department responded at the scene. Officers learned that the Tampa woman had been roaming the store for approximately one hour with her son. The Hillsborough County Sheriff’s Office reported the woman tried to spit on officers as they arrested her and placed her on a patrol car. She was charged with firebombing, attempted arson of a structure, child abuse, battery on a law enforcement officer and contributing to the delinquency of a minor.

Not sure which is more scary, that she was building a bomb, or that her bond was only $8,500:
Florida woman arrested for allegedly making bomb in mason jar at a Walmart https://t.co/HOaL2fhOS4 via @nbcnews

According to Sheriff Chad Chronister, “This woman had all the supplies she needed to cause mass destruction at her disposal.” He believed that Stallard indeed tried to detonate the explosive inside the Walmart. Now by the look at her mugshot, this woman was physically distraught and was clearly on something. She didn’t even bother to pay for the items. She just thought, “Eh, eff this. I’m gonna die anyway, why pay for it?”

This whole situation seems so disturbing to me. One, because a poor innocent child could have died due to her stupidity. Two, how crazy is this woman? Seriously! I’m worried about her mental health. No one sane would do this, especially in public. Also, the fact that this woman knew exactly how to build an explosive device/ homemade bomb using household items is beyond belief.

Don’t do this people, don’t be stupid and think you can get away with stuff like this. America is already scared for its life, we don’t need stupid people giving us more problems because they are probably too high on meth. Be better. Oh, can we talk about the fact that her bond was only $8,500 for trying to blow up a store?