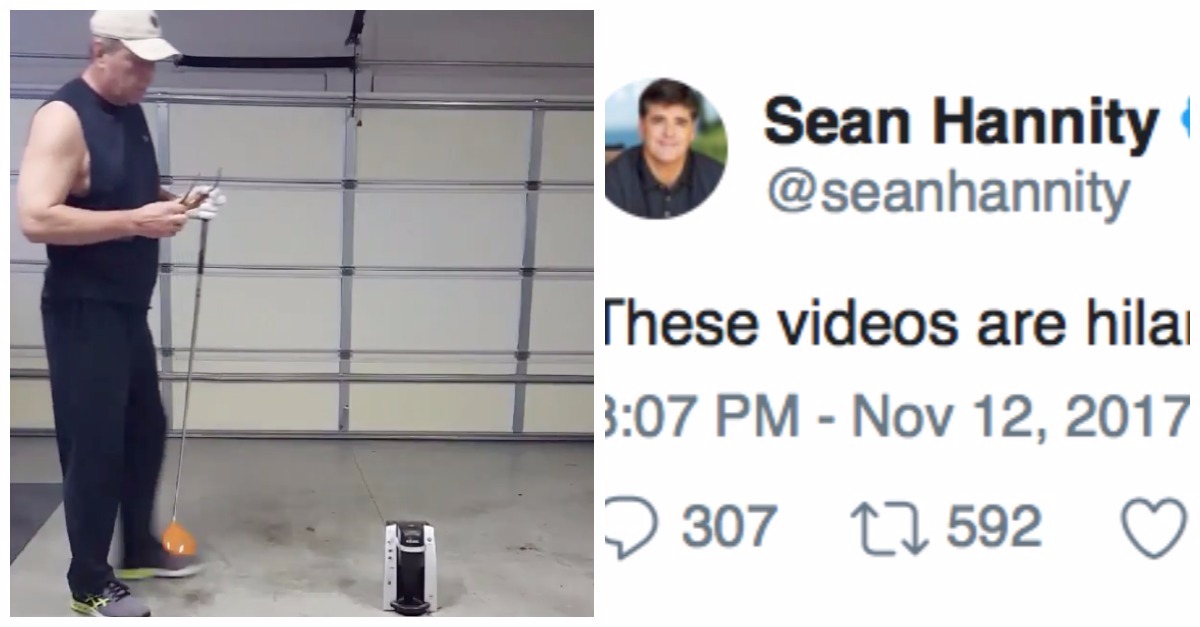 Fans of Sean Hannity kicked off a #BoycottKeurig trend on Twitter over the weekend in response to the company publicly pulling ads from the Fox News’ host when people complained on social media, and today they are smashing coffee machines.

When Angelo Carusone tweeted at the company Friday saying, “You are currently sponsoring Sean Hannity’s show. He defends child molester Roy Moore and attacks women,” Keurig responded by publicly thanking him for his “concern” and announced that they would stop running ads.

Angelo, thank you for your concern and for bringing this to our attention. We worked with our media partner and FOX news to stop our ad from airing during the Sean Hannity Show.

“Angelo, thank you for your concern and for bringing this to our attention. We worked with our media partner and FOX news to stop our ad from airing during the Sean Hannity Show,” Keurig said.

This reaction spawned an informal #BoycottKeurig campaign on Twitter, but today people are formalizing that by actually smashing Keurig coffee machines.

Hannity himself noticed this and called the videos both “hilarious” and “so, so funny.”

These videos are hilarious!! https://t.co/pwCGhrJtbr

RELATED: No one was expecting Sean Hannity to say “President Clinton”

Mediaite helpfully collected this videos all in one place.

I pulled an "Office Space" with my Keurig… Would be a shame if everyone else joined me in the Keurig Smash Challenge #BoycottKeurig #IStandWithHannity #SundayMorning pic.twitter.com/yEADeRC006

Dear Keurig, I have had some version of your product in my home for over 10 years, but guess what…THAT ENDS TODAY! Just as it is your freedom to choose where you advertise, it is also my freedom to be free from you. You side with MSM REPROBATE I can fix that! #BoycottKeurig pic.twitter.com/v0EOk5Mwsp

Liberals are offended by this video of a Keurig being thrown off of a building.

Please retweet to offend a Liberal.#BoycottKeurigpic.twitter.com/0qbHlmyqcA

As you can see, coffee machines were beaten to death by golf clubs, burned and even tossed out of kitchens and into the yard.