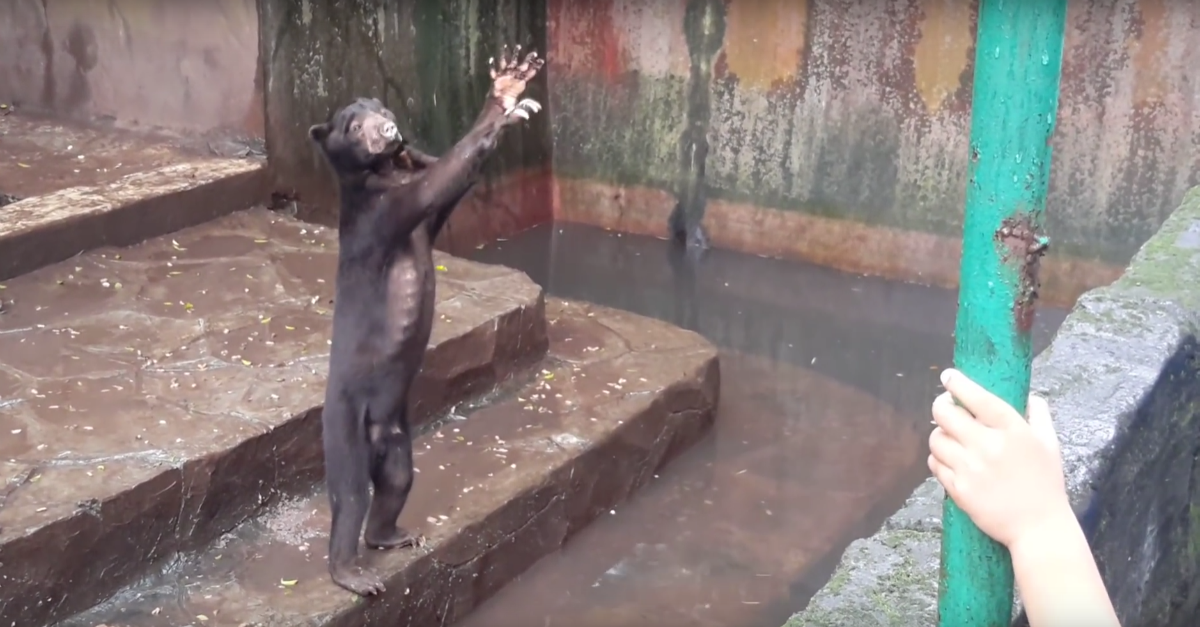 Disturbing videos of sun bears in an Indonesian zoo have gone viral after they were posted online by the Scorpion Wildlife Trade Monitoring Group and quickly picked up by the People for the Ethical Treatment of Animals (PETA), an organization that seeks to protect animal rights throughout the world. The sun bears can be seen pacing around their cage and begging for food from visitors.

RELATED: “A Dog’s Purpose” actor Josh Gad says he is “shaken and sad” after seeing the disturbing behind-the-scenes footage

A spokesperson from the zoo told The Jakarta Post, “Does being thin mean being unhealthy or not having enough food? On the other hand, looking fat does not mean an animal is healthy.” This is not the first time that the zoo has come under fire; it was heavily criticized when an elephant at the zoo died of neglect last year.

RELATED: People are furious and heartbroken over what one French nightclub did to a bear

Sun bears actually are a thinner species of bear than most of their relatives; however, even in the wild, they are almost never so thin that their ribs are visible. In the Perth zoo in Australia, the animals look completely different.

“Just saying hi!” In case you were wondering why the glass at our Sun Bear exhibit is often smudgy… pic.twitter.com/VSM3pFvT12

According to their Facebook page, the Scorpion Wildlife Trade Monitoring Group is an Indonesian group that “conducts investigations into both the ‘legal’ and illegal wildlife trade that currently plagues our wonderful country.”