Pope Emeritus Benedict XVI has passed away in a monastery at the Vatican on Saturday. He was 95.

Matteo Bruni, the Vatican spokesman, released a statement, confirming the news. It read, in part: “With pain I inform that Pope Emeritus Benedict XVI died today at 9:34 in the Mater Ecclesia Monastery in the Vatican. Further information will be released as soon as possible.”

Benedict XVI will lie in state at St. Peter’s Basilica in the Vatican beginning on Monday. Bruni added that the ceremony will be “simple” in accordance with the wishes of the former Pope.

The funeral will be held on Thursday in St. Peter’s Square in the Vatican City at 9:30 a.m. local time. Pope Francis will lead the services.

His passing came just days after Pope Francis asked the faithful for prayers.

“I want to ask you all for a special prayer for Pope Emeritus Benedict who sustains the Church in his silence. He is very sick,” Francis said on Wednesday. “We ask the Lord to console and sustain him in this witness of love for the Church to the very end.”

Benedict was born Joseph Aloisius Ratzinger in Bavaria, on April 16, 1927. Previous reporting show that he became interested in the priesthood after meeting the archbishop of Munich when he was five. He began studying in earnest for the priesthood when he was 12 years old.

He shunned the Nazi movement in Germany during his youth even risking punishment by deserting the military after being drafted. After dodging the military from his drafting in 1943, he went into the seminary during 1945. He was ordained in 1951.

Ratzinger earned his first post secondary degree from the University of Munich in 1953. He then obtained his teaching license in 1957 and began teaching one year later.

He immediately began shaping his reputation as a conservative force for the church. It was amplified during his career when students organized sit-ins against the faculty for not endorsing Marxist movements. The liberal climate on campus moved him to a move conservative campus. He began teaching at the University of Regensburg, where he remained for most of the next decade.

The most high profile move for him came in 1981 when he took over as head of the Congregation for the Doctrine of Faith. According to the Vatican, that post ensures “the doctrine on the faith and morals throughout the Catholic world.” It is here where he became “Cardinal No,” a nickname that stuck with him through life.

Pope John Paul II promoted Ratzinger again in 1993. This time he was elevated within the College of Cardinals to the Cardinal Bishop of Velletri-Segni. He moved to vice-dean in 1998 before being elevated to dean in 2002.

Ratzinger was elected pope in April 2005 following death of the beloved John Paul II. At the time he was the oldest elected pontiff in nearly 300 years. He was also the first German pope in nearly 1,000. By this time he was also known as “God’s Rottweiler.”

As Pope, Benedict XVI was a much more conservative leader than recent papal leaders. During his tenure the church fought through sexual assault allegations. He defrocked nearly 400 priests between 2011 and 2012 after the church did internal investigations.

Later, during his tenure, he became known as “The Green Pope” as he pushed for being more environmental conscious.

“The Church has a responsibility towards creation,” Benedict previously wrote. “She considers it her duty to exercise that responsibility in public life, in order to protect earth, water and air as gifts of God the Creator meant for everyone, and above all to save mankind from the danger of self-destruction.”

Benedict retired from this position in 2013. His resignation sent more shock through the church becoming the first Pope to not remain in his position until his passing.

This is a developing story. Rare will be updating the information as it become available. 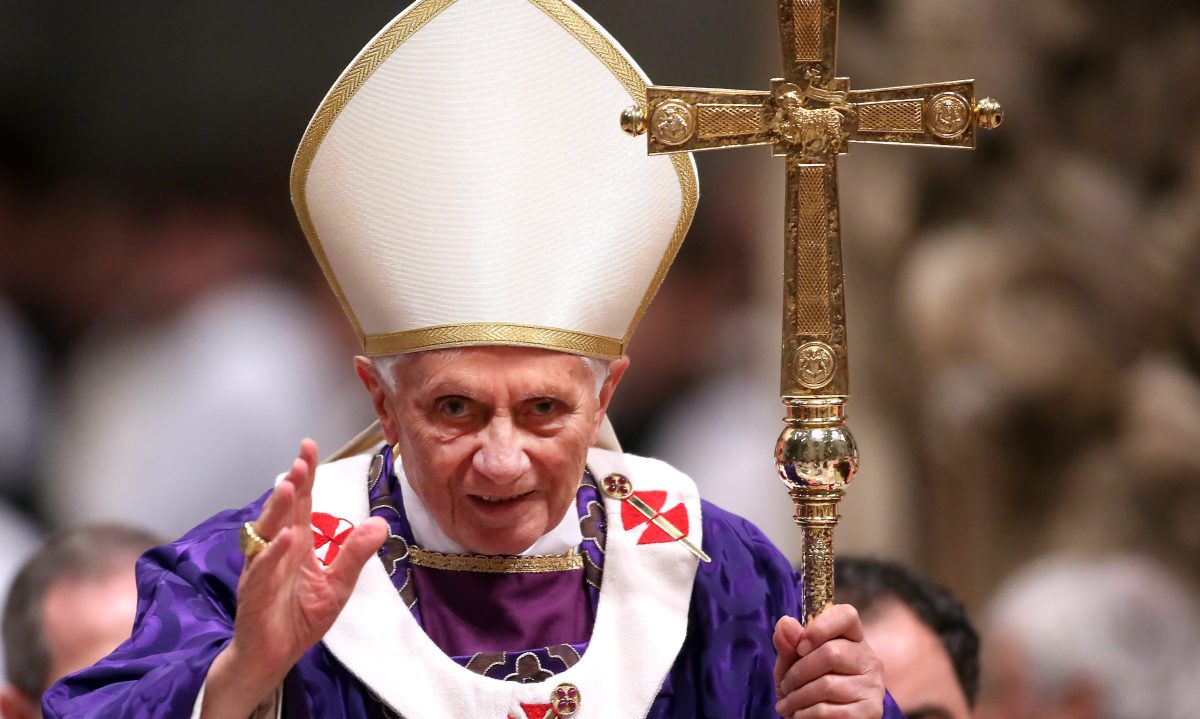